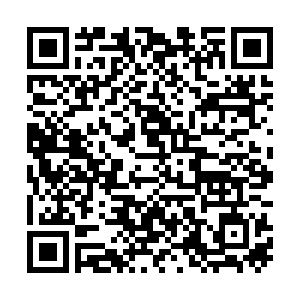 But heat waves are only one of the effects of climate change. There are also floods, storms and wildfires. A hotter climate is wreaking havoc on the planet. The latest IPCC report stated it's "now or never" to limit global warming. It was found that "without immediate and deep cuts in emissions across all sectors," limiting global warming to 1.5 degrees Celsius is beyond reach" and billions will suffer from extreme weather conditions.

Climate change has no frontier, but its impacts are unequal across countries. Poorer countries' economies are exposed to climate risks four times more than richer nations, according to an S & P Global Ratings analysis.

The poorest countries suffer the most from climate change, yet they are the lowest emitters. Studies from Oxfam show that the richest 10 percent of the world was responsible for 52 percent of cumulative carbon emissions between 1990 and 2015. Meanwhile, the poorest 50 percent was to blame for just 7 percent. Poorer countries haven't had the chance to amass wealth from burning fossil fuels, but now they're being asked to give them up.

"Some countries are pointing fingers at developing nations like India and China. That's Western arrogance," said Erik Solheim, Former Under-Secretary-General of the United Nations and senior adviser to the World Resources Institute.

Bridging the financial gap between developed and developing countries

In the case of climate change, there is no such thing as a free lunch. It takes massive capital to implement climate solutions. Developing countries have more financial needs due to the disparity between their financial abilities and developed countries. Richer countries have already made commitments to offer economic assistance. However, words are yet to align with actions.

As far back as the COP15 Copenhagen in 2009, developed nations committed to channeling $100 billion a year to developing nations by 2020. This is in order to help them adapt to climate change and mitigate further temperature rises. However, that promise was broken. And at last year's COP26, wealth parties concluded that the $100 billion target would be met, but not until 2023. Developing countries are still waiting with their dwindling trust.

"We've put the train on the right track, but the urgency is not there," said Solheim. He added that this year's COP27 will be held in Egypt, which will hopefully lead to more agreements and mobilize the necessary support for developing countries.

Can climate agreements still be reached under current multilateral system?

The current multilateral system makes it harder than ever to reach new climate agreements. The conflict between Russia and Ukraine triggered a global energy crisis. UN Secretary-General Antonio Guterres said on May 16 that the global energy system is "broken" and warned that the current course will lead to "climate catastrophe." Furthermore, the rising tensions between the world's two largest economies - China and the U.S. - pose increasing challenges. A fragmented multilateral system makes it less possible to build international cooperation.

Laurent Fabius, former chair of COP21 who helped forge the landmark Paris agreements as well as an International Finance Forum board member, believes that achieving a universal agreement relies on governmental consensus. Fabius added that there is no room for complacency when governments build consensus in the current situation. "We shouldn't accept this multilateral division. To combat climate change, we must bring nations together," Fabius said.

Experts believe developing countries may be able to leapfrog

Even though developing countries face a divide with rich countries, some of them are leading the world in tackling climate change. Solheim pointed out that China and India, two of the world's largest developing countries, are both rapidly moving forward and providing climate solutions. As an example, he mentioned China's announcement last year that it would stop all overseas coal investments. "This would drive Belt and Road countries like Pakistan and Indonesia to use more renewable energy," Solheim said.

Marco Lambertini, director general of the World Wild Fund for Nature (WWF) International, believes that developing countries have a chance to leapfrog because their historical cumulative emissions are lower than developed countries. "They can move past the dirty development of the past decades and embrace a cleaner approach," Lambertini said.

However, he emphasized that this will require financial support and technological innovation.