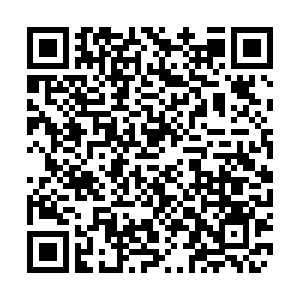 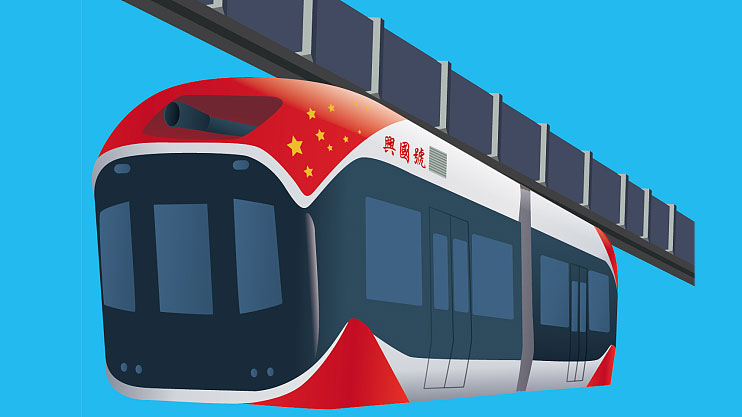 An illustration of China's Xingguo maglev suspension railway, set to go on a trial run in July 2022. /CFP

An illustration of China's Xingguo maglev suspension railway, set to go on a trial run in July 2022. /CFP

Often featured in sci-fi artwork, a suspension railway resembles a traditional railway but upside down. China is the third country after Germany and Japan to master such technology, said Wang Zhongmei, chief technician at the China Railway Science and Industry Group (CRSIC), one of the developers.

"Occupying less land, the suspension railway does not interfere with pedestrians or motor vehicles," Wang told STDaily. "It has independent right of way, with the volume of a single trip being half that of a subway, but one-fifth of its cost."

Xingguo is the first train in the world to add maglev technology to suspension railway.

"The existing suspension railway uses electricity to drive tires running on the rail," said Yang Bin, secretary of the Party Committee at Jiangxi University of Science and Technology, which is also a developer. "Xingguo is a new type of maglev suspended vehicle, with permanent maglev technology being its characteristic."

That is to say, the permanent magnetic levitation train doesn't rely on rubber wheels to run. The permanent magnets repel the track and remain suspended in the middle of the notch, with electromagnetic guidance achieving zero friction during its operation.

"The permanent maglev train is more capable of climbing hills with a small turning radius. It produces lower noise and consumes less energy," Yang said. "Compared with a normal magnetic levitation vehicle, this type of train has a static magnetic field with 'zero-power' suspension, and no magnetic pollution."

Not only can the new technology be used in the city and scenic areas, it can also be used in alpine and desert environments, and can complement subway and light rail systems, Yang added.

Xingguo runs at a speed of 80 kilometers per hour. The full length of the main testing track is about 800 meters.