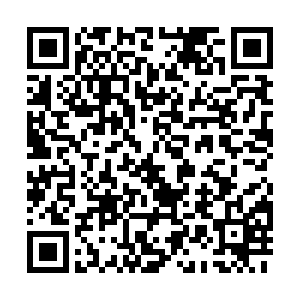 Chinese State Councilor and Foreign Minister Wang Yi met with Mark Brown, prime minister and foreign minister of the Cook Islands, via video link on Thursday and said China will continue seeking development in ties with the South Pacific country.

Since China established diplomatic relations with the Cook Islands, the two sides have respected each other, treated each other as equals and promoted exchanges and cooperation in various fields, Wang said. Specifically, trade volume between the two countries has increased nearly 300-fold.

He said China has worked actively to carry out projects to support livelihoods in the Cook Islands and conducted tripartite cooperation with New Zealand, which has played an active role in boosting the Islands' socio-economic development and living standards.

The two countries have supported each other in the fight against the COVID-19 pandemic, the Chinese foreign minister said, and seen their friendship further upgraded, Wang added.

China will take the 25th anniversary of the establishment of diplomatic relations as an opportunity to enhance mutual trust and deepen practical cooperation with the Cook Islands to bring more benefits to the two peoples, he said.

He called for further cooperation in areas such as tourism, infrastructure and education.

China is also willing to build on the experience of past success to explore more tripartite cooperation, Wang said.

For his part, Brown said the Cook Islands appreciates the long-term support from China, especially during the COVID-19 pandemic.

The good relations and close cooperation between the two countries have strongly confirmed that China treats small countries sincerely and practices the concept of mutual benefit with practical actions, he said.

Brown said he cherishes relations with China, firmly believes that the future of the Cook Islands is closely linked with China, and is willing to work with China to promote greater development of bilateral relations in the next 25 years.

The Cook Islands official added that he would encourage more youths in the country to learn Chinese in enhancing people-to-people exchanges between the two countries.

He also noted that the Cook Islands attaches great importance to the mechanism of the China-Pacific Island Countries Foreign Ministers' Meeting and the next steps for cooperation proposed by China, and is ready to work with partners of island countries to strengthen communication and coordination for better response to various challenges brought by the pandemic.

Wang said that all parties agreed the China-Pacific Island Countries Foreign Ministers' Meeting has become a useful platform and effective mechanism for overall cooperation between China and the Pacific Islands, and is willing to continue to push forward this process and jointly build more consensus for regional development.

China has released its Position Paper on Mutual Respect and Common Development with Pacific Island Countries and put forward proposals and measures for further cooperation, he noted.

China has engaged in exchanges with the Pacific Islands for nearly half a century, with bilateral cooperation always focused on economic development and people's livelihoods, the Chinese foreign minister said.

China will remain a good friend and partner to jointly address challenges, seek common development and build a community of a shared future, he added.

Wang stressed that any attempt to smear cooperation between the two sides with an outdated mindset of geopolitical rivalry will find no support among the friends of the island nations and thus will go nowhere.

Stating that the Pacific Island countries have the wisdom and capability to overcome temporary difficulties and regain vitality, Wang expressed hope that they will strengthen solidarity and uphold open regionalism.

The two sides agreed to enhance cooperation in Chinese language education and encourage young people of the Cook Islands to learn Chinese and train more envoys of friendship.

Both sides agreed to continue supporting each other in international affairs.