Download
Meet the wallabies and kangaroos at this house's yard
CGTN 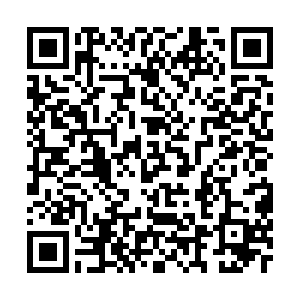 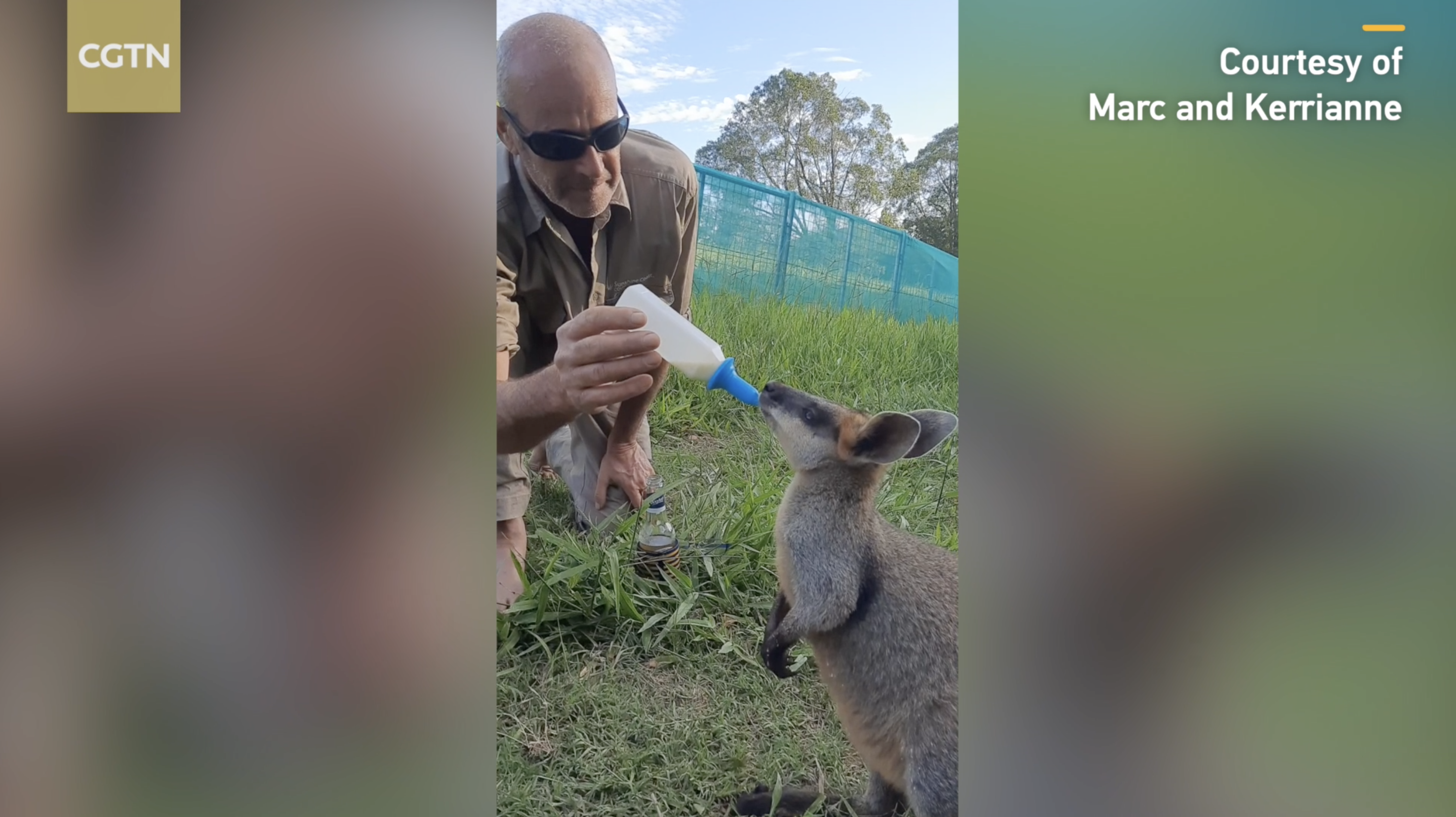 Marc and Kerrianne are a couple living in the Gympie City, Australia. Just a couple of hundred meters from their house, a macropod release pen was set up for orphan macropods on their Land for Wildlife property. The couple develops a unique friendship with these released wildlife as these animals often visit their house yard for a catch up. 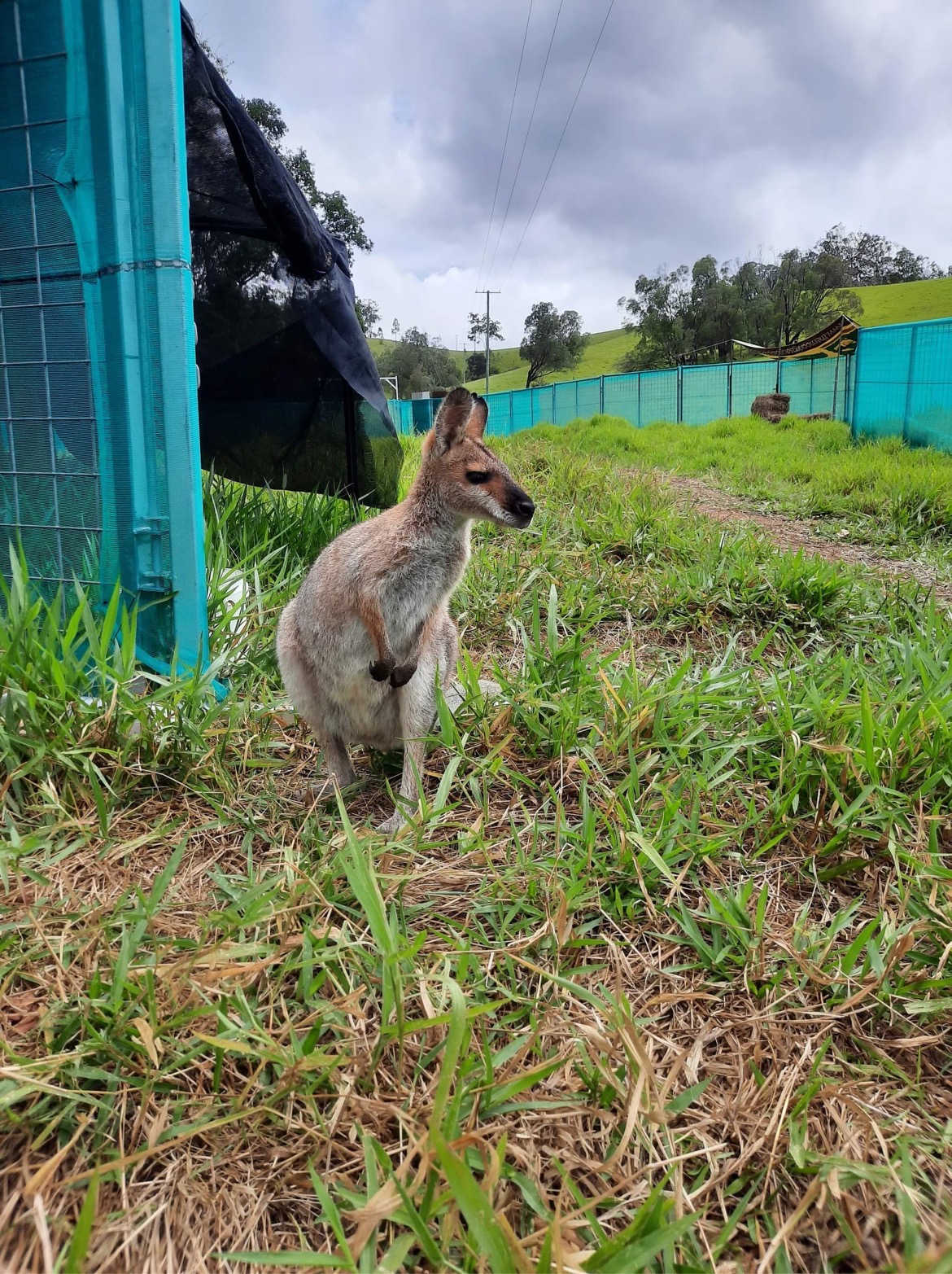 Lula has little nicks on her ears. /Courtesy of Marc and Kerrianne

Lula has little nicks on her ears. /Courtesy of Marc and Kerrianne

Lula is a red-necked wallaby, who was rescued from her mother's pouch after being hit by a car. She was raised by wildlife carers and then brought to the pen to be released.

After being released in December 2020, Lula still returns to the pen or visits Marc and Kerrianne's house yard for a feed or a cuddle. They can easily recognize her because she has little nicks on her ears. Now, Lula is a mother of two babies. A week earlier, she just came to their house yard with her second baby Ruby. 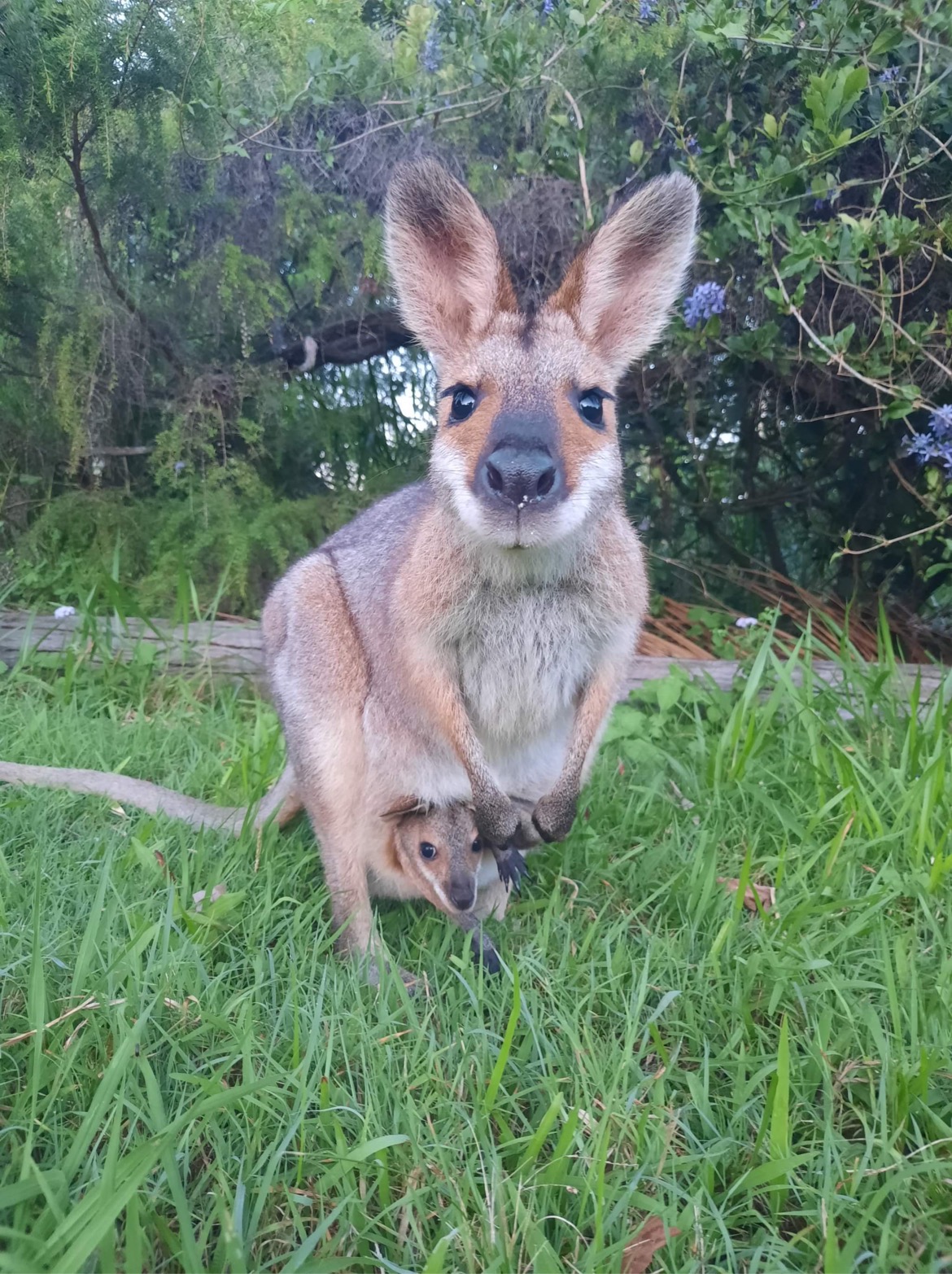 Up till now, about 20 orphan wallabies and kangaroos like Lula have been released from the pen. Marc and Kerrianne have spent years restoring the land, making the place a haven for wildlife. These macropods are well looked after by the couple before being released into the surrounding habitat.

The pen is located at the bottom of the hill, with a rainforest ravine on one side and open grasslands on the other. Different wallaby species can find their own favored habitats. For example, the swamp wallabies like the rainforest area because they mostly eat leaves off the rainforest trees. The grey kangaroos are drawn to the open space of the big green hill, whereas the Eastern-grey kangaroos like the grasslands. 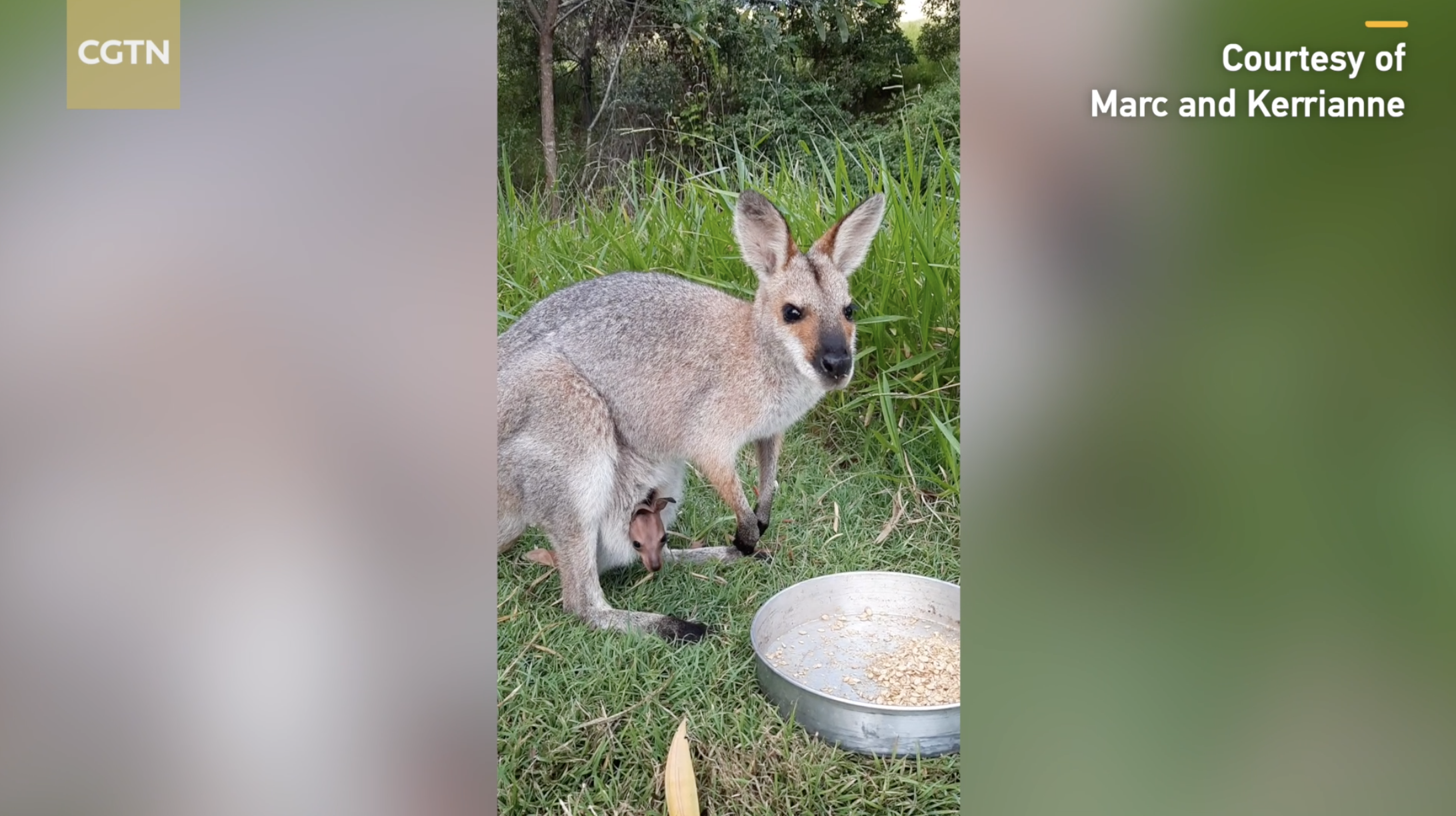 The couple enjoy the company of these wallabies and hope these released orphans can all have their new families just like Lula.

(All images and videos provided by Marc and Kerrianne.)