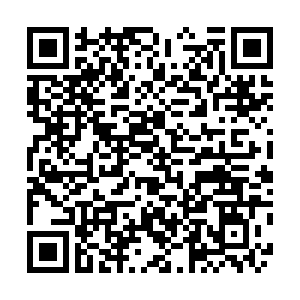 Major news companies of Africa have teamed up with the China Media Group (CMG) to roll out a joint initiative in environmental protection.

"Speaking for Nature Media Action for China-Africa Environment Protection" was launched in Kenya's capital Nairobi as part of the celebrations to mark the World Environment Day on June 5. 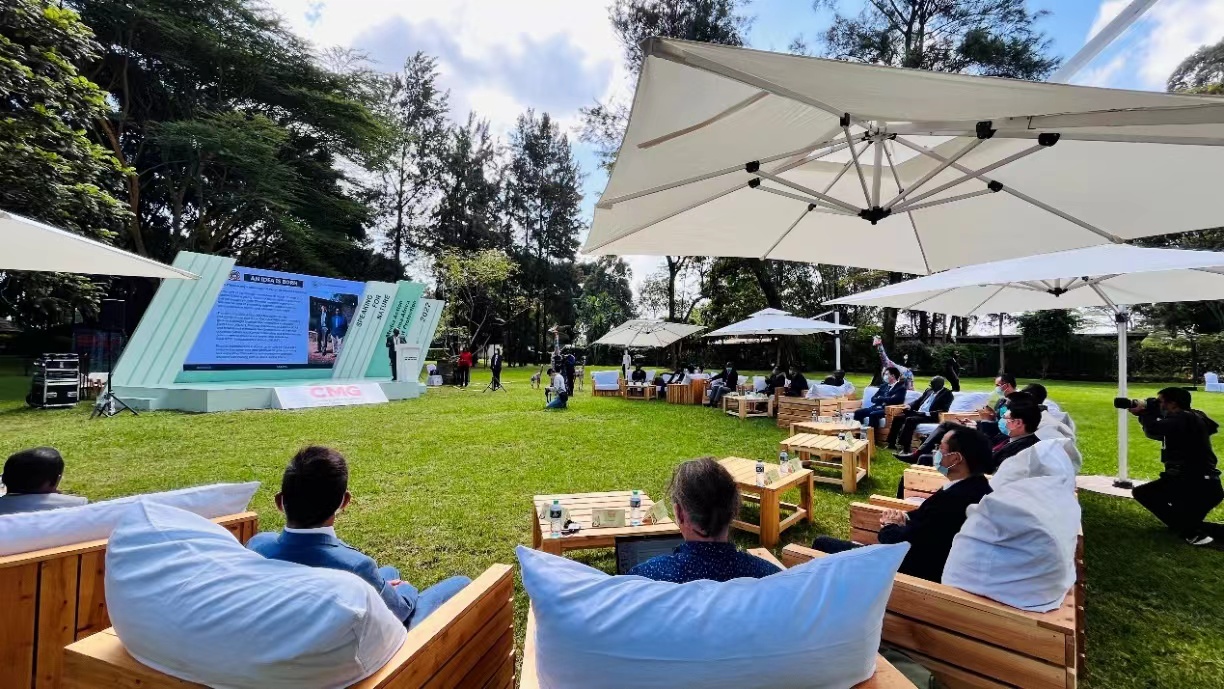 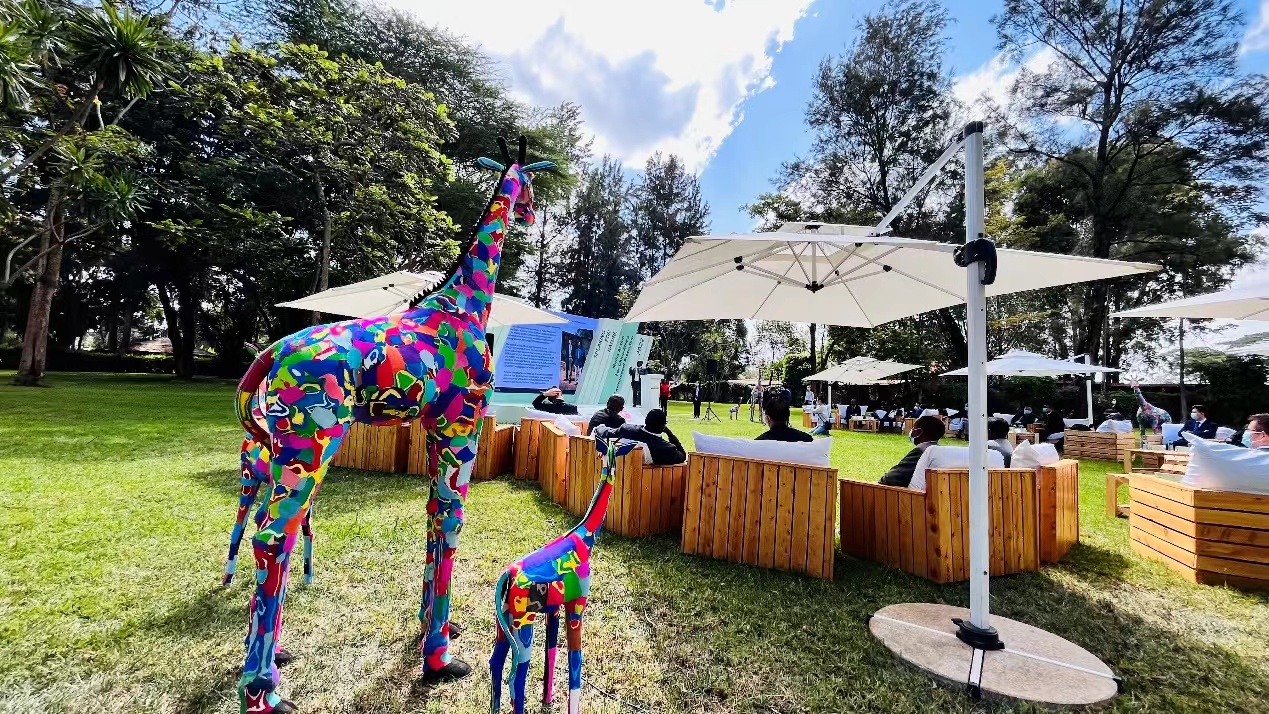 More than 30 representatives from media, international organizations, and government departments attended the ceremony.

In his opening speech, Cao Ri, the acting bureau chief of CMG Africa, called for joint action in environmental protection.

"Living in harmony with nature is a value long upheld by the African people. This demonstration of ecological ethics should be an inspiration for us all," said Cao, outlining the purpose of the initiative and proposing a more global approach to dialogue and multilateral cooperation on matters of ecological protection.

"We need to shift humanity's relationship with nature to one that includes the true value of all the benefits and services we receive," said Susan Gardner, the director of the Ecosystems Division under the United Nations Environment Programme (UNEP). 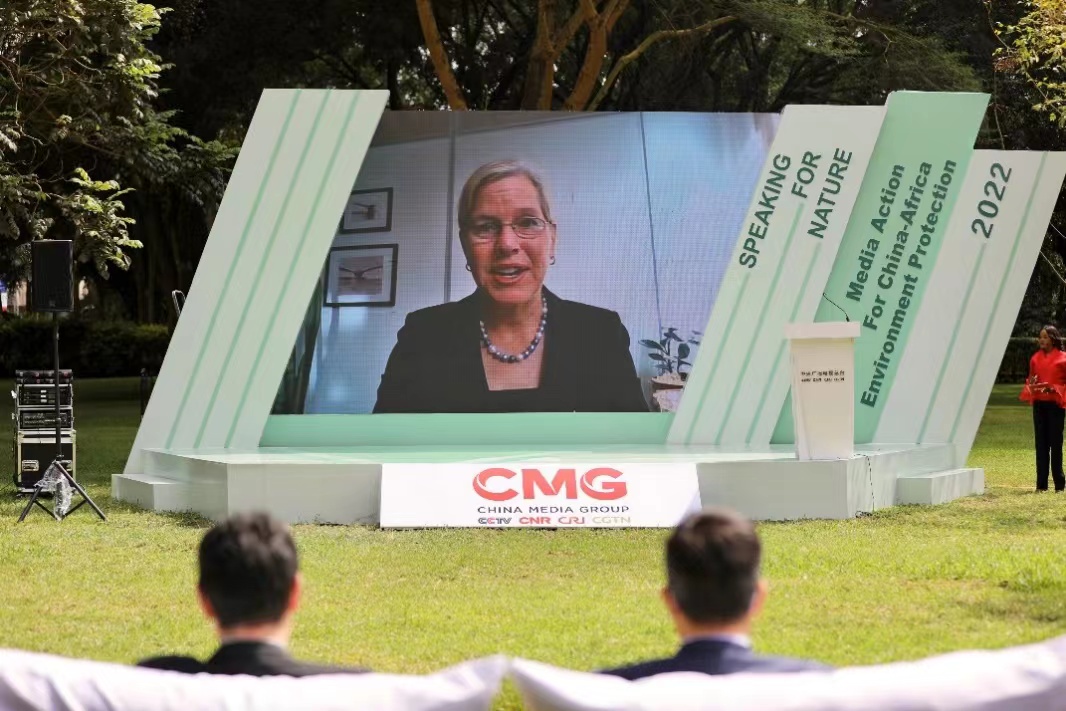 Robert Gituru, the director of the Sino-Africa Joint Research Center, spoke of his organization's efforts to preserve species through new discoveries and listing, explaining: "If you want to conserve biodiversity, the first thing you need to know is what you actually have, because you cannot conserve what you do not know."

Africa is home to a vast array of biodiversity resources, but at the same time has a rapidly increasing population, many of whom are poor and vulnerable, according to Michael Meadows, president of the International Geographical Union.

He noted: "This results in a tension between the need to protect the environment on the one hand, while at the same time harnessing its resources to promote socio-economic development on the other."

Meadows said the need for Africa to continue to develop in a sustainable way cannot be overemphasized.

In his projections into the future, Turhan Saleh shared insights on green recovery from the COVID-19 pandemic. Saleh, who serves as the Resident Representative at the United Nations Development Programme (UNDP) Ethiopia Country Office, cautioned against a post-COVID-19 return to the status-quo, saying the future lies in climate-smart, green, sustainable, resilient, and inclusive development.

Representatives from African media weighed in on their role as broadcasters and publishers in creating environmental awareness among the public. "Media is the one that informs the public and also educates the public," Samuel Maina, the acting managing director of the Kenya Broadcasting Corporation, said.

Joining the session virtually, Yakubu Ibn Mohammed, the director general of the Nigerian Television Authority (NTA), said the media is a powerful tool that can help direct attention of citizens on the environment agenda.

"As media, we are guilty as we are not highlighting the right issues at the right time," Bernard Momanyi, the editorial director of Capital FM, cited the academia as the missing link in the discourse.

Victor Nyambok, an advocacy and policy communications manager at World Wide Fund for Nature (WWF), spoke on the need to help media simplify and make environmental stories interesting in order for the public to relate with their reporting.

Participants also watched the unveiling of a 3D promotional video to be displayed on a curved screen at a shopping square in Nairobi. The software-rendered animation features a giant panda and an elephant, aiming to draw more attention to nature. This is also the first time such 3D art has been publicly displayed in the continent.

The session concluded with the release of a proposal for CMG and its African partners to work together to promote public awareness on biodiversity conservation and environmental protection.

Other activities such as a 5G livestreaming in Amboseli National Park, documentary exhibitions across Africa, and a release of the campaign's results have been scheduled for the next three months.