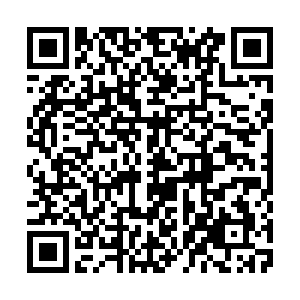 U.S. President Joe Biden is hoping to show a new era of U.S. engagement with Latin America at the upcoming ninth Summit of Americas, but the meeting has been clouded by boycott threats and charges of an unambitious agenda.

Days ahead of the summit, the White House was still finalizing the invitation list in a bid to please Mexican President Andres Manuel Lopez Obrador, who has threatened not to come unless all nations are included.

The pushback came after the Biden administration decided to exclude leaders from Cuba, Nicaragua and Venezuela on the grounds that they are autocratic.

Echoing Mexican President Obrador, Bolivian President Luis Arce said he also would not attend unless all heads of government in the Americas were invited.

In addition, the presidents of Argentina, Chile and Honduras, among others, joined the call to make the summit all-inclusive.

Besides, there are also some other voices questioning the U.S.'s decision of excluding those three countries.

An opinion piece published on Aljazeera pointed out that many of the invited countries are not paragons of the democratic values which the U.S. highlighted in selecting countries to take part in the summit.

In Colombia, a close U.S. ally, 138 human rights activists were assassinated in 2021, wrote the article titled "The 2022 Summit of the Americas: An embarrassment for Biden," citing data from a human right organization Front Line Defenders.

Asked about the upcoming summit, Professor Carlos Aquino Rodríguez from Universidad Nacional Mayor de San Marcos said the U.S. should put ideology aside and pay attention to concrete issues including migrants and trade in an interview with CMG.

Rodríguez added unfortunately, the ideological difference prevents the summit from being an inclusive one.

The Summit of the Americas is the first held by the United States since the inaugural meeting was held in 1994 in Miami with an ambition to create a trade area covering most of the continent.

The United States has since soured on free trade, with Biden following the lead of his predecessor Donald Trump, who said such pacts hurt U.S. workers.

Trump championed a hard line on Venezuela and Cuba, reversing his predecessor Barack Obama's opening to the island, and did not attend the last Summit of the Americas, in Peru in 2018.

Eric Farnsworth, vice president of the Council of the Americas, recently told a congressional hearing that each summit has become "progressively less ambitious" with a shift "from a shared vision for democracy, trade and prosperity to a venue for taking a stand."

The Los Angeles summit, he said, "offers the perfect opportunity for Washington to announce a commitment to regional growth and recovery."

In addition, the absence of Mexico and Cuba also raised concerns about how much results the summit can achieve in migrant and COVID-19 response.

To deal with "irregular migration," it would make sense to have Mexico at the table, according to the opinion piece cited above because more than 221,000 immigrants were stopped at the southern border in March of 2022.

Acknowledging Cuba as the only country in Latin America to have developed its own COVID-19 vaccines, the article wrote "it seems odd" to exclude Cuba in the summit which aims to "dramatically improve pandemic response."

The ninth Summit of the Americas will be held in Los Angeles from June 6 to 10. The summit brings together the heads of government for North America, Central America, South America and the Caribbean.

This is the second time the U.S. will host the summit, after organizing the original meeting in Miami in 1994; since then, the summit has been held in countries throughout the Americas.