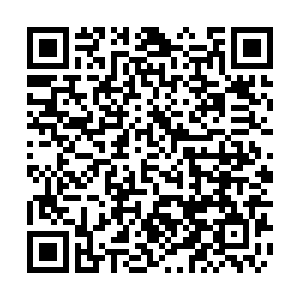 Cuban journalist Ibis Frade has been waiting for over two years for a U.S. entry visa from the embassy in Havana.

The 33-year-old, who had been working as a United Nations correspondent for Cuba's Prensa Latina news agency since November 2017, came to the Caribbean nation for a month-long vacation in December 2019.

Yet she has been unable to return for work at the UN headquarters in New York as she has not received any response concerning her visa application.

"Both the UN Secretariat and the UN Correspondents' Association are aware of the situation and are very confused why the U.S. has delayed the issuance of our visas for such a long time," Frade said.

It comes amid the tightening of the U.S.-led economic and commercial embargo against Cuba during the COVID-19 pandemic.

"I have been waiting for my visa since October 26 last year. Until now, the delay of the U.S. in visa issuance is inexplicable as all the required documents have been submitted," said Mexidor, adding that "in a so-called 'free country,' this should not happen."

In 2017, the United States accused Cuba of carrying out "acoustic attacks" against U.S. diplomatic personnel there, alleging some suffered from impaired hearing and other ailments, known as the "Havana Syndrome." In defense of its claim, Washington then cut its embassy staff, hampering the process of visa issuance.

However, in January this year, the U.S. Central Intelligence Agency admitted that most cases of the Havana Syndrome may have been caused by environmental factors, undiagnosed medical conditions or stress, citing its report findings.

Earlier in March, the U.S. embassy in Havana announced a gradual increase in staffing and resumption of consular services. In May, visa processing was resumed for the first time in more than four years.

Luisa Maria Gonzalez, deputy president of Prensa Latina, said that the U.S. delay in visa issuance not only affects work at the Cuban media but also its Latin American audience.

"For two years, there has been no Cuban journalists in the U.S. due to the delay in visa issuance. This is totally unfair, which goes against freedom of the press," said Gonzalez.

Founded in 1959, Prensa Latina has some 40 offices across the world and a Havana-based multimedia center with the capacity to process 400 dispatches in six different languages daily.