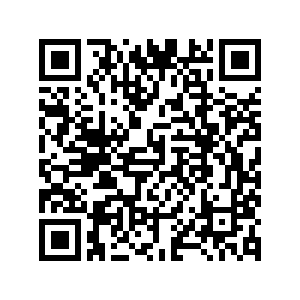 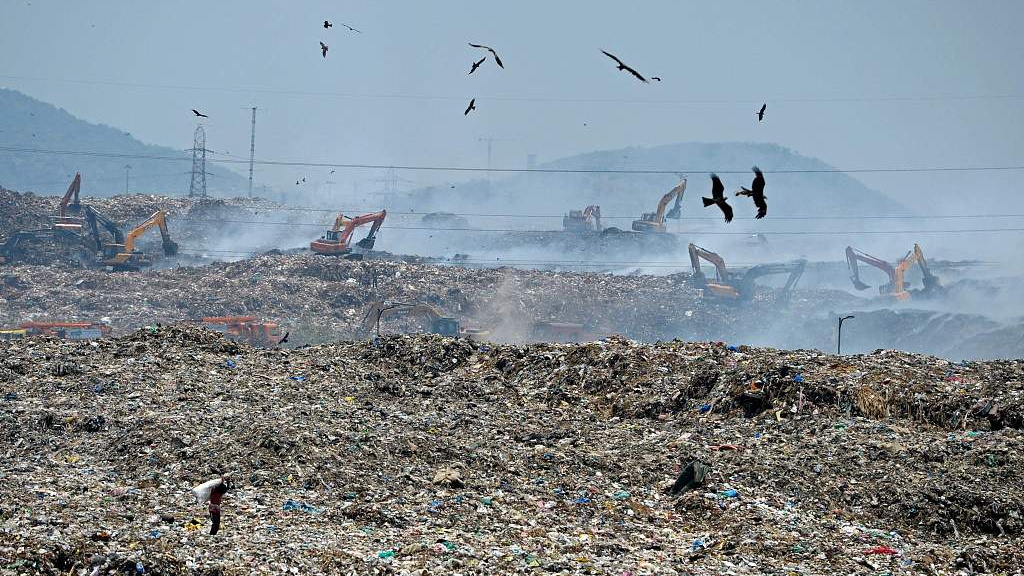 Workers operate excavators amid burning garbage after a fire broke out in Chennai City in southeast India, April 29, 2022. /VCG

Workers operate excavators amid burning garbage after a fire broke out in Chennai City in southeast India, April 29, 2022. /VCG

Editor's note: Kristie L. Ebi is Professor of Global Health and Environmental and Occupational Health Sciences at the University of Washington. The article reflects the author's opinions and not necessarily the views of CGTN.

Although nearly all heat-related deaths are preventable, heatwaves kill thousands of people worldwide every year. At this very moment, an extreme heatwave in India and Pakistan, affecting about one billion people, is "testing the limits of human survivability," warns Chandni Singh, a lead author for the Intergovernmental Panel on Climate Change's Sixth Assessment Report. In April, the average maximum temperature for northwest and central India was the highest in 122 years.

This is not just a South Asian problem. In recent years, similarly extreme conditions occurred in the United States, Australia, Europe, Scandinavia, and Japan, resulting in thousands of hospitalizations and excess deaths. Extreme heat is also linked to increases in premature births, low birthweight babies, and stillbirths; reductions in worker productivity; higher rates of chronic kidney disease of unknown origin; and increases in suicide.

Extreme temperatures are thus an "all of society" problem. Such conditions not only harm human health; they also have detrimental effects on infrastructure, crop yields, and poultry mortality, threatening livelihoods and undermining food security. The 2021 heat dome in the Pacific Northwest and western Canada was a case in point.

It was an event that would have been virtually impossible without climate change. Temperature extremes were about 5 degrees Celsius above previous records, causing approximately 1,000 excess deaths and a 69-fold increase in heat-related hospitalizations. Yields from wheat and cherry crops plummeted, and millions of mussels, clams, and oysters were cooked in their ocean habitats, threatening food security and livelihoods for indigenous peoples and low-income communities.

Already, nearly 40 percent of heat-related deaths are attributable to climate change. And because climate change is expected to increase the frequency, intensity, and duration of heatwaves, the need for additional measures to protect people will only become more urgent. Without immediate and significant investment to enhance community and health-system resilience, the deaths associated with heat exposure will increase.

Well-communicated, evidence-based action plans are needed to keep people cool and reduce hospitalizations and deaths. In addition to early-warning and response systems, longer-term planning is needed for life on a warmer planet. That means providing more blue and green spaces, changing building materials, and focusing on ways to cool people, rather than the surrounding environment.

Early-warning and response systems require more than just a single threshold for determining the start of a heatwave. Effective systems also should include collaborative processes to ensure that interventions account for local capacities and constraints. Health ministries will need to work closely with (among others) hydrometeorological services, police and fire departments, emergency services, agencies responsible for elder care, and trusted voices for vulnerable populations (such as adults over 65) and marginalized communities. 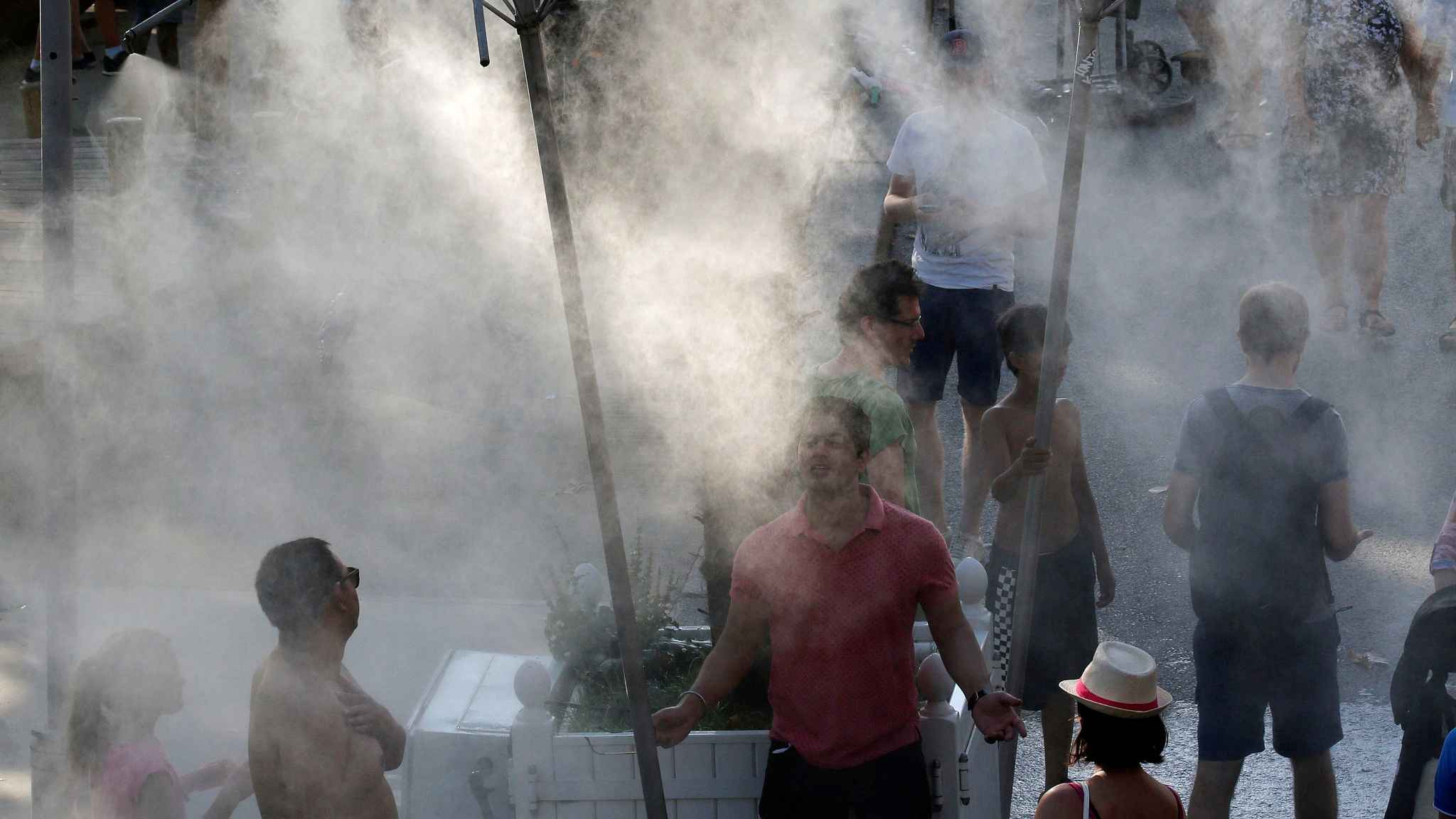 People stand in a spray water to cool off as a summer heatwave with high temperatures continues in Paris, France, August 4, 2018. /VCG

People stand in a spray water to cool off as a summer heatwave with high temperatures continues in Paris, France, August 4, 2018. /VCG

Resources should not be a barrier. Effective early-warning systems already exist worldwide, including in low-resource settings such as Ahmedabad, India. Moreover, organizations like the Global Heat Health Information Network are collecting and sharing data on local and national experiences and best practices. The demand for additional guidance is growing rapidly, in tandem with the increasing frequency and severity of heatwaves.

But most of today's early-warning systems do not explicitly account for the risks of a changing climate. To be more adaptive, planners should adopt timelines for reviewing changes at the beginning and end of the summer season, while also developing regional collaborations to ensure consistent messaging. There will also be a greater role for tiered early-warning systems that account for multiple thresholds, such as temperature readings combined with local knowledge of particularly vulnerable populations.

For example, initial warnings might be issued several days before the peak of a heatwave to alert at-risk groups such as older adults, young children, and pregnant women. A second set of warnings could then be issued at somewhat higher temperatures for outdoor workers and people engaged in sports or related activities, followed by a third set of warnings for the general public at the usual threshold for declaring a heatwave. These warnings would need to be paired with effective communications, so that people are properly motivated to take the appropriate measures to stay cool.

Even after these improvements, early-warning systems should then be stress-tested to determine their robustness to unprecedented heat. This could be done through desk-based exercises to identify weaknesses. Stress tests should incorporate not just heatwaves but also compound risks such as back-to-back events: a heatwave combined with a wildfire; or a heatwave coinciding with a pandemic, as the Pacific Northwest experienced in 2021. Vulnerability mapping can be an effective tool to help decision-makers determine where interventions are needed most to protect human health and well-being.

A much warmer future requires urgent and immediate investments that capitalize on best practices and lessons learned from existing heat adaptation plans. Proven models need to be scaled up to enhance resilience and sustainability. Unprecedentedly higher temperatures are survivable, but not unless we prepare for them.