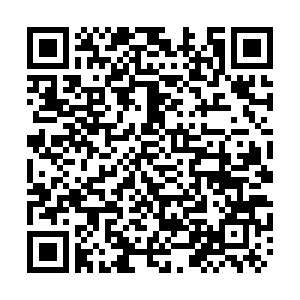 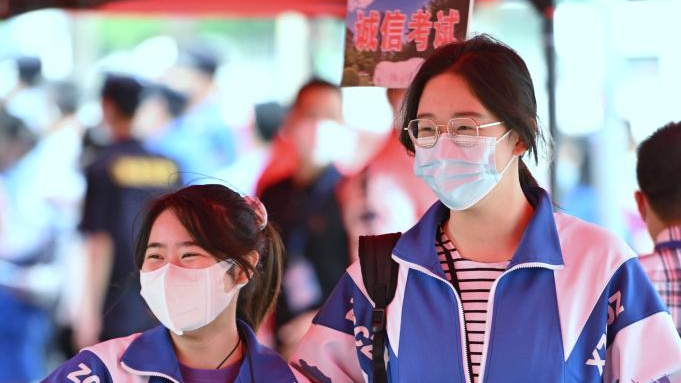 The number of students sitting China's annual college entrance examination known as the gaokao hit a record 11.93 million this year, an increase of 1.15 million over 2021, the Ministry of Education said.

Given the existence of sporadic COVID-19 cases in multiple regions, including Beijing and northeast China's Liaoning Province, education commissions nationwide have introduced measures to reduce the impact of the pandemic on the exam, which began on Tuesday. 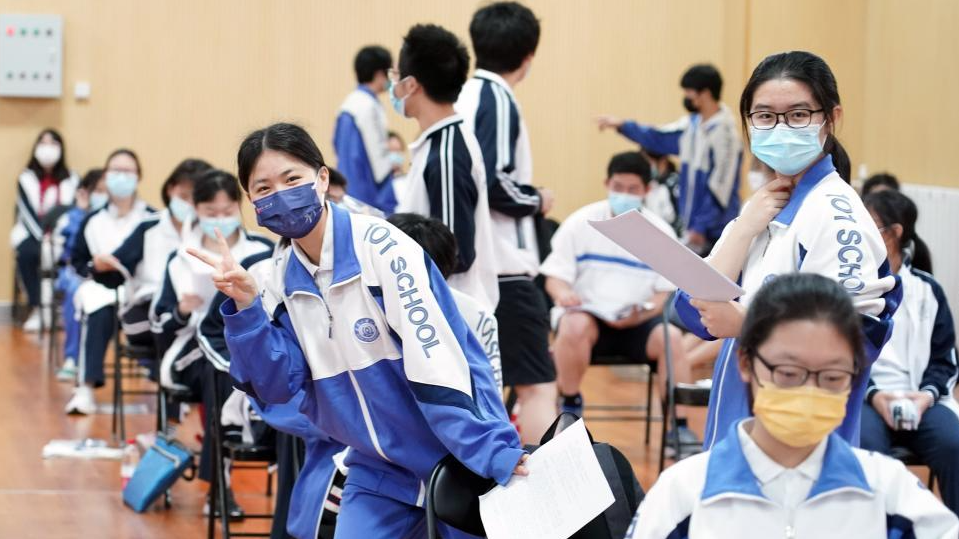 Examinees review study materials for their exams while waiting at a rest center at their exam site at a high school in Beijing, China, June 7, 2022. /Xinhua

Examinees review study materials for their exams while waiting at a rest center at their exam site at a high school in Beijing, China, June 7, 2022. /Xinhua

Diversified exam sites set up to ensure a safe gaokao

In Beijing, where around 50,000 students take the exam from June 7 to 10, some test centers have been set up in areas under tight pandemic control and backup sites identified in case others are forced to close at short notice.

Testees in locked-down communities will have their own exam room. Those in controlled areas will share a room, but placed at least two meters from each other, Li Yi, a spokesman of the Beijing Education Commission, told a news conference.

South China's Shenzhen City has set up regular and special test centers covering all 10 districts in the city.

In Shanghai, which has postponed the exam to next month due to the pandemic, rooms have been set up at places of medical observation to allow students quarantined with COVID-19 or asymptomatic infections to sit the exam.

Like last year's gaokao, exam sites nationwide will continue to have invigilators responsible for routine work and emergencies related to COVID-19. And each center will be disinfected before and after the exam ends. 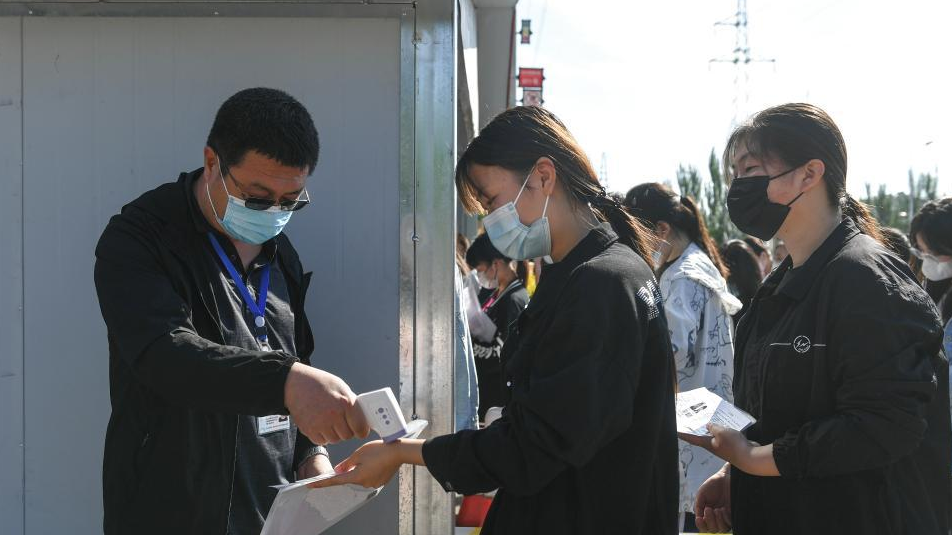 The number of online searches for gaokao increased 93 percent year on year in the past 30 days, according to a data report on the 2022 gaokao published by tech giant Baidu and education website eol.cn on May 31.

The data also gave insight into examinees' choices of majors they want to pursue in universities and their ideal universities.

Biomedical engineering and health services and management made the list as awareness of health management increases.

As for the most-searched universities, the data showed colleges and universities in southwest China outshone other regions.

This may be linked to the economic rise of new first-tier cities such as southwest China's Chengdu City.

Beijing, Shanghai and Guangdong are known for advanced economic and technological research, but more and more prospective college students are turning to colleges and universities in the new first-tier cities and second-tier cities.