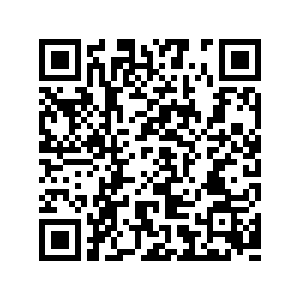 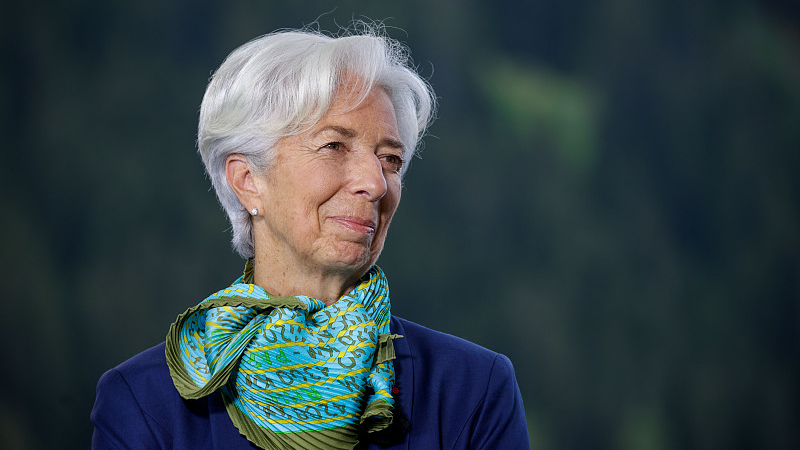 Christine Lagarde, president of the European Central Bank, during a Bloomberg Television interview on day two of the World Economic Forum in Davos, Switzerland, May 24, 2022. /VCG

Christine Lagarde, president of the European Central Bank, during a Bloomberg Television interview on day two of the World Economic Forum in Davos, Switzerland, May 24, 2022. /VCG

Editor's note: Jean Pisani-Ferry, a senior fellow at the Brussels-based think tank Bruegel and a senior non-resident fellow at the Peterson Institute for International Economics, holds the Tommaso Padoa-Schioppa chair at the European University Institute. The article reflects the author's opinions and not necessarily those of CGTN.

The economic situation in Europe is truly disconcerting. Annual inflation in the eurozone has reached a record-high 7.4 percent, yet banks still lend to each other at negative rates. In April, year-on-year inflation in Estonia was a hair's breadth shy of 20 percent, but only 5.4 percent in Malta. Public debt as a share of GDP is at unprecedented levels, yet German bond yields remain significantly below their long-term average, and spreads, though rising, are still contained. Across the continent, leading economic indicators are conveying confusing messages.

Governments and central bankers have been caught off guard by the sudden transition from a deflationary to an inflationary environment. The same policymakers who in September warned that deflation was at least as threatening as inflation now claim that we have entered an era of structural inflation.

The European Central Bank speaks of "normalization," as if repeating that mantra could convey some sense of control, temper inflation expectations, and calm the financial markets. But little is normal.

There are three reasons for this confusion. The first is that we have suddenly entered a new world. For at least the past 15 years, price stability and output stabilization had been nearly one and the same. There was nothing natural in this configuration, which the economists Olivier Blanchard and Jordi Gali dubbed "divine coincidence." Rather, it resulted from a particular alignment of forces.

Because competition from low-wage labor (a consequence of globalization) acted as a powerful brake on price increases, inflation was subdued. Because the world's marginal energy producer was no longer OPEC, but rather the United States (thanks to the shale-energy revolution), oil and gas prices were low, and supply seemed elastic. And because the commodity-price boom had ended with the global financial crisis, there was no inflationary pressure from that quarter, either. 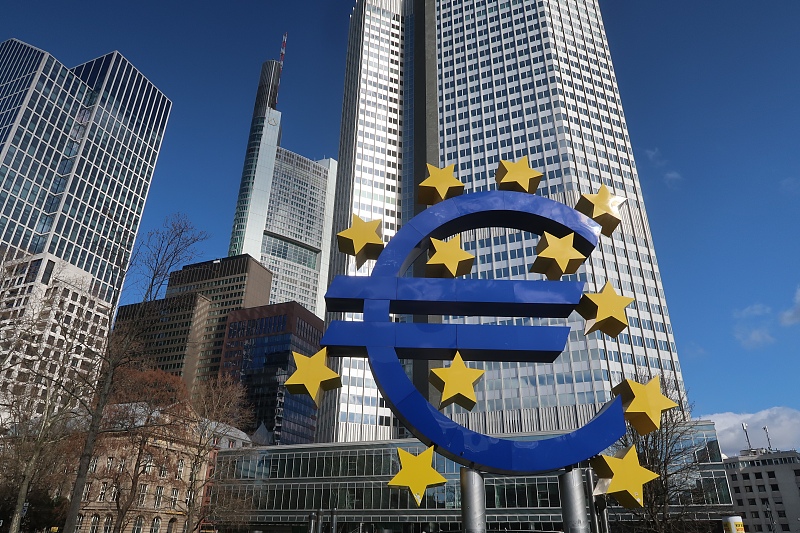 The giant Euro sign under the Euro Tower is seen in Frankfurt, Germany, February 26, 2022. /VCG

The giant Euro sign under the Euro Tower is seen in Frankfurt, Germany, February 26, 2022. /VCG

All of that ended at about the same time. U.S. trade protection has weakened the deflationary effect of globalization. A commitment to greening the energy system has lowered fossil-fuel investment, but without commensurate offsetting investment in renewables. Finally, the war in Ukraine has triggered a further increase in energy costs and a sudden surge in food prices. Nobody knows whether these changes will prove temporary or permanent. If the U.S., Europe, and China simultaneously fall into recession, as Kenneth Rogoff has predicted, today's high inflation will suddenly abate. But if they do not, it may well persist.

The second reason for Europe’s policy confusion is that the energy-price shock exacerbates economic differences within the eurozone. Things would already be complicated even if the eurozone were a homogeneous economic area with a single fiscal policy. But domestic energy accounts for 10 percent of the price index in Estonia, compared to just 4 percent in Portugal. Moreover, reliance on natural gas (the price of which has quadrupled) is very uneven across countries.

Whatever officials may proclaim, member states have a common energy policy on paper only. Each country has its own priorities, and Europe's energy system is in fact fragmented. Tellingly, Spain and Portugal announced in March their (temporary) withdrawal from the EU electricity grid.

This divergence calls for relying on tax and subsidy measures that help tame inflation differentials and avoid the buildup of inflation expectations. Accordingly, high-inflation Estonia and Latvia should aggressively rely on fiscal levers. By contrast, France and Portugal, where inflation is lower, should keep their powder dry. This runs contrary to the usual playbook, according to which the task of controlling inflation rests with the central bank while the budgetary stance should primarily depend on the extent of fiscal sustainability risks.

The third reason why European policymakers are disoriented is specific to the war: Russia's energy exports account for a large share of its revenues. Policy measures introduced by European governments to support households, such as subsidies or tax rebates, in fact indirectly finance the Kremlin's war effort. So, policymakers should consider a third objective besides income support and inflation control: The effect of domestic decisions on Russian export revenues.

As I argued in a recent paper with Blanchard, this applies especially to natural gas, because oil is a global commodity. Governments should explore ways to alleviate the financial burden of gas purchases while preserving incentives to reduce consumption.

All of this suggests a radical departure from the standard policy prescription. Fiscal policy should help mitigate the de-anchoring of inflation expectations, relative fiscal efforts should be a function of relative inflation, and government support schemes should be designed in such a way that they avoid subsidizing Russia's war.

For such a policy mix to be implemented in today's highly uncertain environment, governments must be confident that they can take risks. Since the ECB launched quantitative easing in 2015, and even more since it initiated the pandemic emergency purchase program (PEPP) in March 2020 in response to the COVID-19 shock, eurozone governments have been protected by the central bank's de facto control of sovereign bond spreads.

True, the ECB never committed to any specific target, but it said what was needed to convince markets that speculation-driven crises would be avoided. Now that the ECB has indicated that it will stop net bond purchases, the question is whether markets will feel confident that, provided debts remain sustainable, interest-rate spreads will be contained.

Since 2008, the eurozone has faced a financial crisis, a sovereign-debt crisis, and a public-health crisis. Now, with energy prices surging, it should brace for another trial: An adverse and deeply asymmetric supply shock.