Download
Exclusive interview with Sui Wenjing: I want to be a choreographer
Sports Scene 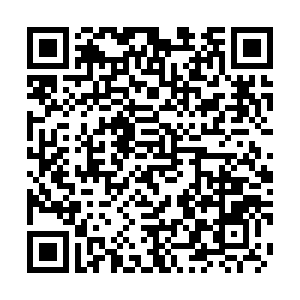 Beijing Winter Olympics pair skating gold medalist Sui Wenjing has been recounting her experience on top of the podium on home soil.

The 27-year-old, who won a silver medal at the 2018 PyeongChang Winter Olympics paired with Han Cong, realized her golden dream at Beijing 2022 four months ago.

Looking back at the moment of glory, Sui told CGTN Sports Scene's Wang Dong that she didn't take too much time to think about that experience of a lifetime afterward.

"At that moment, the Olympic Games finished and life (will) always go on. We should challenge ourselves. When I got the medal, at that time I was just thinking about, what is my plan for figure skating in the future."

For Sui, the victory in Beijing justified years of persistence and endeavor. She and Han missed out on Olympic gold in PyeongChang by only 0.43 points, grabbing a silver on their Olympic debut four years ago. But all the hard work paid off when they achieved gold in Beijing. The music they chose for the free skate was "Bridge over Troubled Water," which they had used in winning their first World Championship in 2017 and later their first Grand Prix gold in Canada in 2021. In Sui's eyes, that "bridge" symbolizes her 15 years of collaboration with Han.

"I think I gave him too much pressure sometimes," she said. "I always asked him to practice more and think more. Sometimes he pushed me as well and he would protect me when I got the pain. I want to say thank you to my partner and the team. The power from home crowd is also strong, which gave me a nice feeling in the competition.”

On her future plans, the two-time world champion hasn't decided whether to compete in Milan Winter Olympics in 2026, but said she wants to be a figure skating choreographer after retirement.