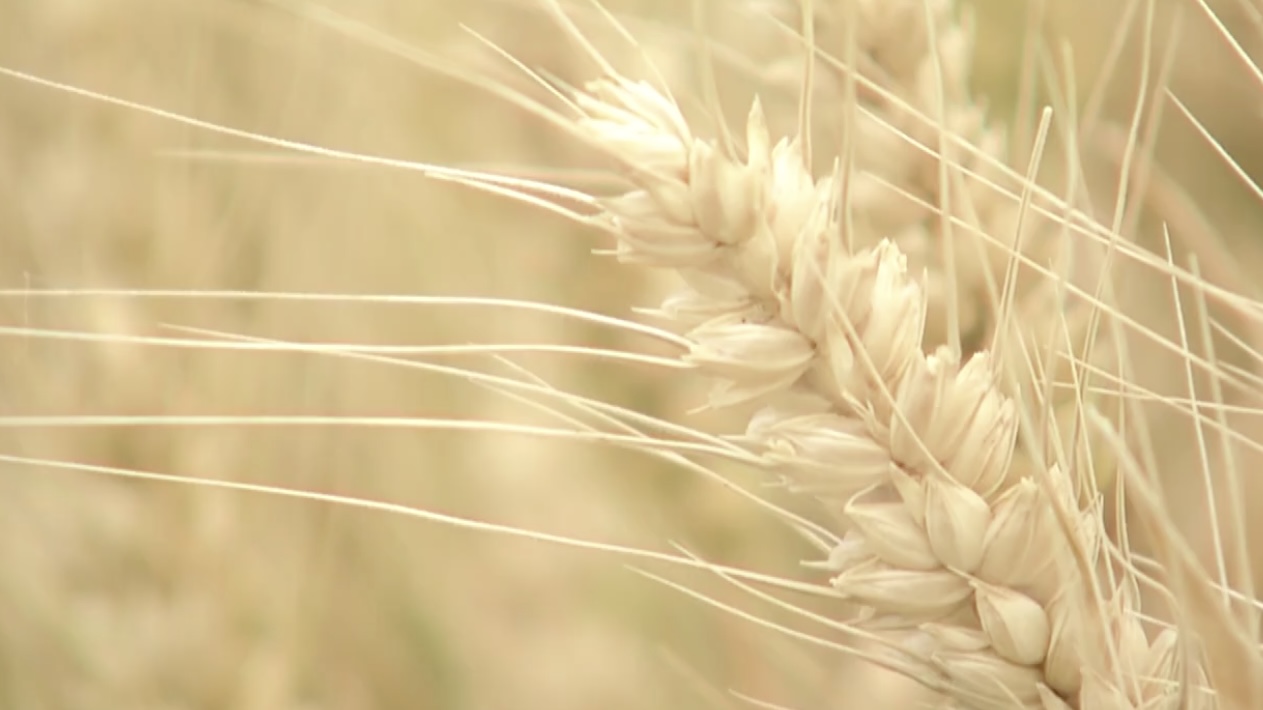 Farmers in China have harvested salt-tolerant wheat in fields used to be barren as harvesting season starts.

Varieties of salt-tolerant wheat have been specifically designed to grow in saline and alkali soils, as soluble salts such as sodium, calcium affect crops output.

Scientists from the Chinese Academy of Sciences (CAS) have designed new cultivars that can grow in saline and alkali soils and are drought-resistant.

Some areas in Cangzhou (Hebei) have seen increased annual output after it cultivated salt-tolerant varieties of wheat. These areas lack freshwater and have long struggled with saline soils, with crops yielding less than 200 kilograms per mu on average.

"The average production of salt-tolerant wheat can exceed 350 kilograms per mu , even 500 kilograms at best," said Feng Xinyan, a researcher at Nanpi Eco-Agricultural Experimental Station (CAS).

The salt-tolerant wheat varieties have been cultivated in Hebei, Shandong and Tianjin for many years, with over 4 million mu (about 267,000 hectares) in lowland plains in the Bohai Bay.

Some coastal areas in Yancheng (Jiangsu) have also harvested wheat in saline and alkali soils.

"Now crops output per mu can be over 500 kilograms," he said.

"Choosing the right drought-resistant variety is the magic bullet for food security," said Song Huafeng, a local official at the Bureau of Agriculture and Rural Affairs in Dongying City (Shandong).

Liu Xiaojing, a researcher at the Center for Agricultural Resources Research (CAS), said salt-tolerant wheat only needs to be watered once after being planted, compared with two to four times before harvest for ordinary cultivars.

"This year four more types of salt-tolerant wheat have been approved nationwide," Liu said. "And some varieties underwent national or provincial trials, and they all display great resistance to drought and stable output in saline and alkali soils."