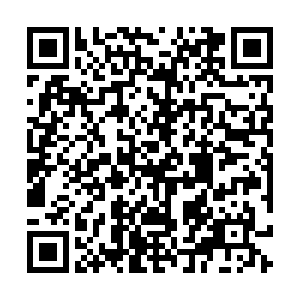 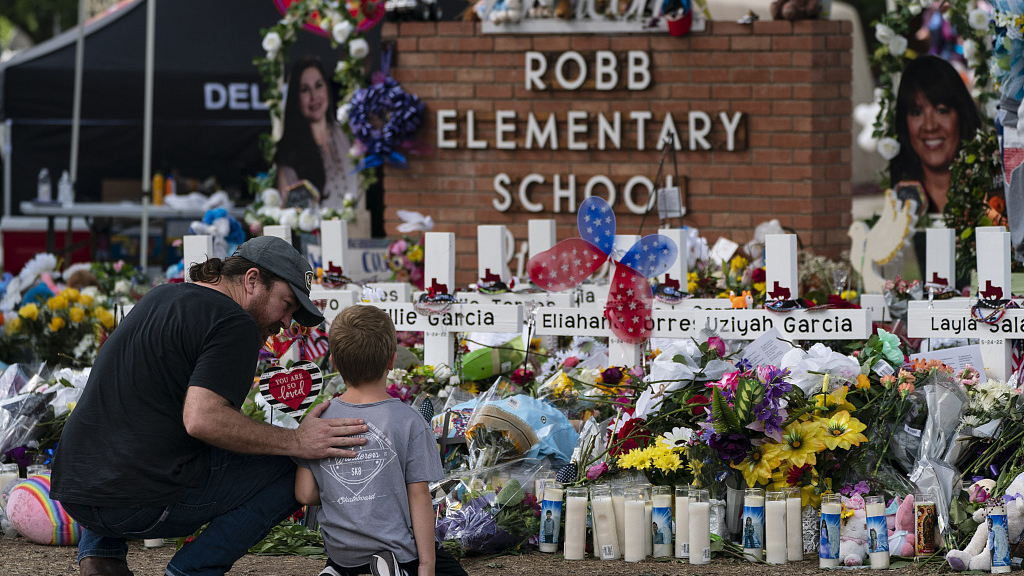 A man and a boy visit a memorial at Robb Elementary School in Uvalde, Texas, U.S., May 29, 2022, to pay their respects to the victims killed in a school shooting. /CFP

A man and a boy visit a memorial at Robb Elementary School in Uvalde, Texas, U.S., May 29, 2022, to pay their respects to the victims killed in a school shooting. /CFP

The partisan divide on gun laws in the U.S. has grown sharply over the past decades even as most Americans today support more restrictive measures to prevent deaths caused by mass shootings.

Debates about gun control have been raging in the country in the wake of a string of mass shootings in recent weeks. At least 13 mass shootings occurred over the weekend, bringing the total number of such violence to 247 in 2022, according to the Gun Violence Archive, a nonprofit research group.

According to a recent Reuters/Ipsos poll, most Americans support tighter gun restrictions. In the poll, 84 percent of respondents said they support background checks for all firearms sales, while 70 percent backed "red flag" laws allowing authorities to confiscate guns from people deemed to be a threat to public safety.

While calls for stricter laws are getting louder, the Biden administration has yet to procure progress as the task of getting Republicans onboard is expected to be tough.

In the Senate, bipartisan talks are underway. Democrats are pushing for restrictions that include expanded background checks and raising the age to purchase a firearm, but Republicans have dismissed the possibility of going that far.

"We're not talking about banning a category of weapons across the board, a ban for certain high-capacity magazines or changing the background check system by adding additional disqualifying items," Senator John Cornyn, the lead GOP negotiator, said.

"What I'm interested in is keeping guns out of the hands of those who, by current law, are not supposed to have them," he said.

The split on the scope of what needs to be done is almost irreconcilable, reflecting a sharp comparison to what was like decades ago.

In 1994, Republicans and Democrats in Congress united in their response to a series of mass shooting, banning a number of semi-automatic "assault" rifles as well as ammunition magazines deemed to be unnecessarily "high capacity." With 46 Republicans in the House voting for the package and 64 Democrats voting against, the vote did not indicate too notable a partisan divide.

The package passed the two chambers of Congress, but expired in 2004.

Over the decades, Democrats and Republicans increasingly go on their separate ways in terms of their interpretation of the Second Amendment. The former inches towards tailoring it to something that can prevent public outbursts of violence, while the latter is becoming more inclined to treat it as a sacrosanct doctrine.

As primary elections for the 2022 midterms loom, candidates' positions on gun control may affect their chances of winning. According to a poll conducted by CBS News at the beginning of June, how candidates plan to address gun violence weighs more heavily on Democratic voters than their Republican counterparts.