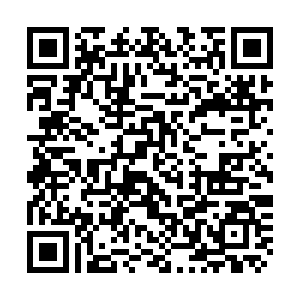 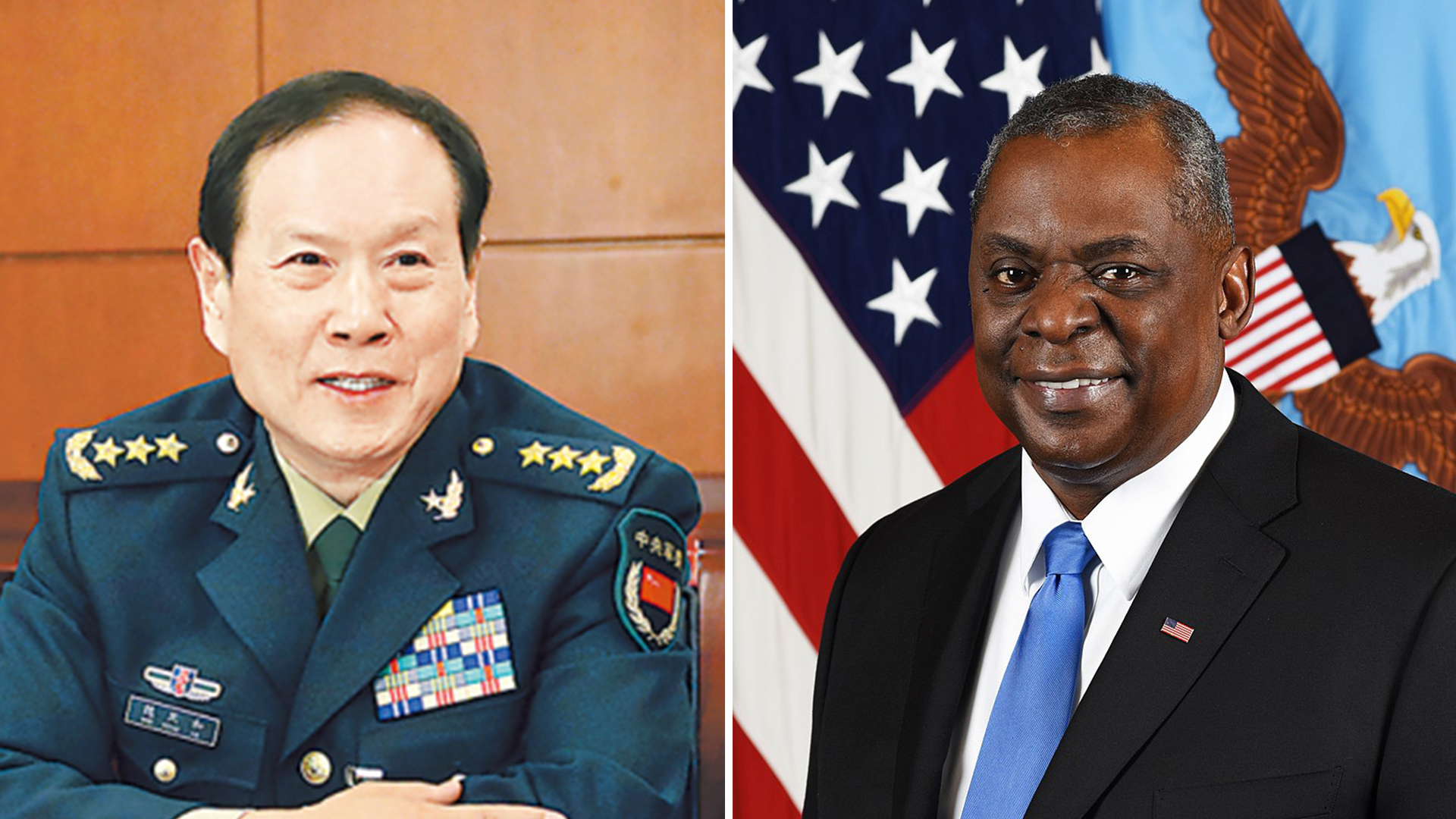 China's State Councilor and Minister of National Defense Wei Fenghe (L) and the U.S. Secretary of Defense Lloyd Austin will deliver speeches outlining their nation's visions for the security of the Asia-Pacific region at the 19th Shangri-La Dialogue in Singapore. /IISS Shangri-La Dialogue

China's State Councilor and Minister of National Defense Wei Fenghe (L) and the U.S. Secretary of Defense Lloyd Austin will deliver speeches outlining their nation's visions for the security of the Asia-Pacific region at the 19th Shangri-La Dialogue in Singapore. /IISS Shangri-La Dialogue

The growing geopolitical rivalry between China and the U.S. and their competing and diametrically opposite visions for regional security in the Asia-Pacific will be at the center stage over the next few days as Singapore hosts the Shangri-La Dialogue on June 10-12.

The 19th edition of Asia's high-profile defense and security conference is returning this year as "a fully in-person event," after a two-year hiatus due to the COVID-19 pandemic, at a time when the world is facing enormous security challenges.

The Russia-Ukraine conflict has thrown Europe at the center of its biggest military crisis since World War II, with its impact felt globally, and also ending the notion that Europe was somehow insulated from such turmoil. Meanwhile, sporadic political and civil unrests have persisted in Africa and South Asia while regional conflicts continue to simmer in the Middle East.

In this backdrop, in a world gripped with many turbulence, the Asia-Pacific is one region that has successfully maintained peace and stability, despite, as one must add, constant provocations from certain global powers that pursue a single-minded agenda – containment of China's rise and growing influence in the region that they describe as the Indo-Pacific. The rising tensions between China and the U.S. have had many worried about this relative harmony in the long run.

The three-day conference, focused on maintaining peace and security in the Asia-Pacific, will be attended by defense ministers, military chiefs, and top-ranking military officials from more than 40 countries across Asia, Australia, North America, and Europe.

Japanese Prime Minister Kishida Fumio will be delivering the keynote address on the inaugural day, which is expected to offer an important statement on Tokyo's changing strategic outlook, the regional repercussions of the Russia-Ukraine conflict, and the best way to manage the Asia-Pacific's many pressing security challenges.

However, amid heightened interest in the China-U.S. dynamics, all eyes this year will be on the two high-voltage speeches by the U.S. Secretary of Defense Lloyd Austin on June 11 and China's State Councilor and Minister of National Defense Wei Fenghe on June 12, in which they are each expected to outline their nation's respective visions for the security of the Asia-Pacific region.

While Washington's confrontationist Indo-Pacific strategy has become the cornerstone of its security framework in the region, China's recently unveiled Global Security Initiative offers a peek into Beijing's security vision rooted in win-win cooperation and dialogue. 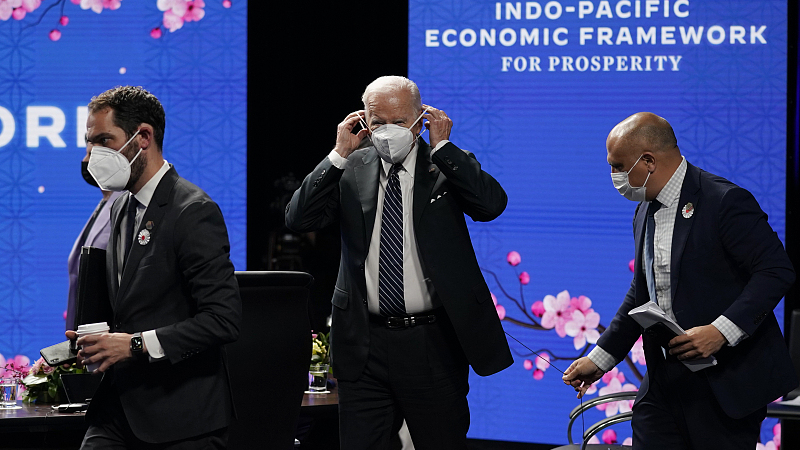 In recent weeks, the U.S. has taken several measures to signal that Washington's long-term foreign policy goals are focused on Asia, despite other geopolitical distractions. U.S. President Joe Biden's summit with Southeast Asian leaders at the White House followed by a visit to South Korea and Japan – his first presidential trip to Asia – last month could be seen in this light.

Soon after, U.S. Secretary of State Antony Blinken in a vociferous speech laid out the administration's "anti-China" strategy, accusing Beijing of posing "the most serious long-term challenge to the international order."

While in Tokyo, Biden participated in the summit meeting of Quad, or Quadrilateral Security Dialogue – an informal grouping of Australia, India, Japan, and the U.S. – that is widely viewed as a bloc aimed at containing China's power.

Beijing sees Quad as a ploy to create an "Asian NATO" and has described the bloc as a "small clique" that is "bent on provoking confrontation." China has also criticized Quad's divisive diplomacy suggesting it represents a "Cold War mentality."

In Tokyo, Biden also launched an economic initiative called the Indo-Pacific Economic Framework (IPEF) in partnership with a dozen other countries from the region including South Korea, Japan, India, and Indonesia, but predictably excludes China. Analysts say IPEF is Biden's bid to reconstruct the global supply chain without China.

All this is part of Washington's larger Indo-Pacific strategy that is hinged at creating exclusive strategic geopolitical and geoeconomic alliances with an unsaid objective of curbing China's rise and influence in the region while perpetuating the hegemonic interests of the U.S. and its allies.

It is important to note that the U.S. has also formed a military alliance with Australia and the UK, dubbed AUKUS, as part of its Indo-Pacific strategy.

Seen in conjunction with all the related developments, this is certainly not the best way of promoting peace and security in the region. Exclusive military alliances, by definition and tacit understanding, target a third party, triggering needless rivalry and an arms race that could lead to confrontation and even conflict. 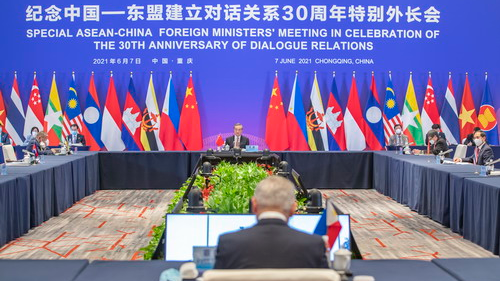 Chinese State Councilor and Foreign Minister Wang Yi co-chairs a Special ASEAN-China Foreign Ministers' Meeting in Celebration of the 30th Anniversary of Dialogue Relations with Teodoro Locsin, Foreign Secretary of the Philippine in his capacity as the country coordinator for ASEAN-China relations, in Chongqing, China, June 7, 2021. /China's Ministry of Foreign Affairs

Chinese State Councilor and Foreign Minister Wang Yi co-chairs a Special ASEAN-China Foreign Ministers' Meeting in Celebration of the 30th Anniversary of Dialogue Relations with Teodoro Locsin, Foreign Secretary of the Philippine in his capacity as the country coordinator for ASEAN-China relations, in Chongqing, China, June 7, 2021. /China's Ministry of Foreign Affairs

In contrast to the U.S.'s Indo-Pacific strategy that reeks of archaic Cold War mentality, China's Global Security Initiative (GSI) derives its inspiration from ancient Chinese wisdom for solving security challenges facing humanity. It has been conceived as an initiative for the public good as part of China's long-stated vision of building a "community with a shared future for mankind."

The GSI outlines six commitments: to the vision of common, comprehensive, cooperative, and sustainable security; to respecting the sovereignty and territorial integrity of all countries; to abiding by the purposes and principles of the UN Charter; to taking the legitimate security concerns of all countries seriously; to peacefully resolving differences and disputes between countries through dialogue and consultation; and to maintaining security in both traditional and non-traditional domains.

The initiative also upholds true multilateralism as it is inclusive and open to the world, welcoming the participation of all countries. The GSI has the potential to shape an international order based on mutual respect, equality, and mutual trust.

In many ways, the GSI could be seen as an extension, from a security perspective, of China's Belt and Road Initiative (BRI) which is focused on greater global connectivity and guided by the principles of extensive consultation, joint contribution, and shared benefits.

On the economic collaboration front, China is already part of the Regional Comprehensive Economic Partnership (RCEP), the world's largest free trade agreement which includes the 10-member Association of Southeast Asian Nations (ASEAN), Australia, Japan, New Zealand, and South Korea. India, which took part in the initial negotiations but later decided to opt out, still has the invitation to join the bloc at any time.