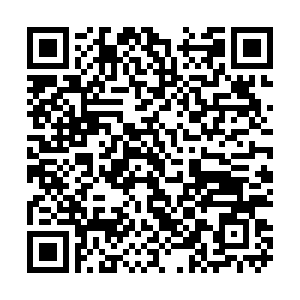 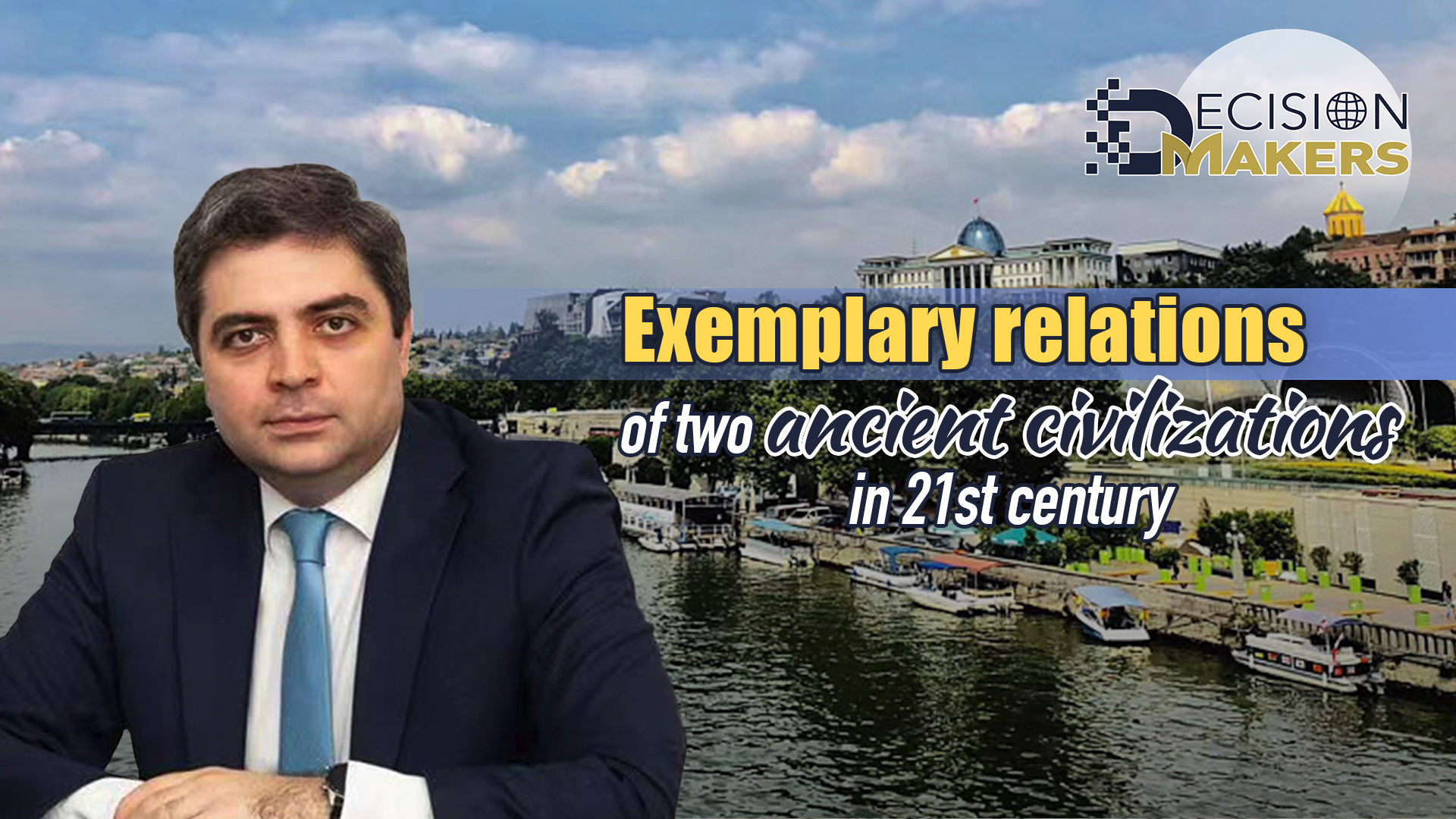 Editor's note: Decision Makers is a global platform for decision makers to share their insights on events shaping today's world. H.E. Archil Kalandia is the Ambassador Extraordinary and Plenipotentiary of Georgia to the People's Republic of China. The article reflects the author's opinions and not necessarily the views of CGTN.

Georgia and China, countries with ancient civilizations, rich histories and unique cultures, have developed wide-ranging, mutually beneficial and forward-oriented relations since the establishment of diplomatic ties in 1992.

Through this 30 years, friendly and cooperative relations at bilateral and multilateral levels have been steadily developing. Despite the distance and relative disparity in size and population, Georgia and China managed to establish sound cooperation in international affairs and enjoy exemplary relations, based on respect and equality.

It is of high importance for Georgia that China, a member of the United Nations Security Council and an important actor in the global affairs, unequivocally upholds the basic principles of International Law and UN Charter and strongly supports sovereignty and territorial integrity of Georgia. On its part, Georgia fully supports and goes in line with the one-China principle.

At the political level, the governments of Georgia and the People's Republic of China put every effort in deepening bilateral partnership that is well demonstrated in intensification of high-level contacts and reciprocal visits that positively influences the rising trend of business-to-business (B2B) and people-to-people cooperation and translates into various joint projects that benefits the peoples of our states.

We highly value and appreciate China's support and assistance through very challenging times during COVID-19 pandemic. Undoubtedly, the partnership during the pandemic made our ties even stronger. 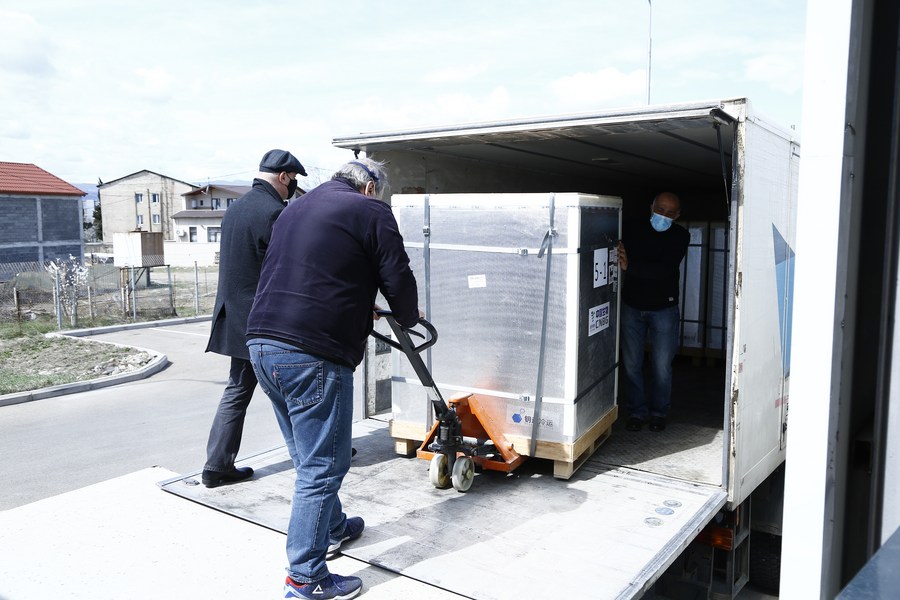 We are witnessing the strengthening of bilateral trade-economic cooperation. Since a free trade agreement (FTA) was signed, our bilateral relations have elevated to a new level and became a good example of win-win cooperation.

FTA between Georgia and China came into force from January 1, 2018. Based on this document, many products originated in Georgia are getting duty-free access in the Chinese market. Besides, the FTA between Georgia and China's Hong Kong Special Administrative Region became effective since February 2019. China is becoming one of the biggest opportunities for Georgian producers. Several years ago, Georgia also joined the China-based Asian Infrastructure Investment Bank (AIIB) as a founding member.

Furthermore, we have free trade regimes with European Union (EU), European Free Trade Association (EFTA), including Switzerland, Lichtenstein, Norway, Iceland, and with Commonwealth of Independence States (CIS) countries, as well as with Turkey, which significantly increases the country's export and investment potential, allowing companies in Georgia to get a duty free access to the market of 2.3 billion people.

Despite the pandemic, in 2021, bilateral trade volume between Georgia and China increased up to 24 percent. As the only country in the region with FTA with China, Chinese market became the first export market for Georgia's products for the second consecutive year.

Wine is a part of the Georgian identity and a fundamental element of the social fabric. Georgia is the home of the earliest grape wine and viniculture discovered thus far. The evidence of 8,000-year-old wine clearly explains the depth of the wine culture in Georgia.

I am pleased to underscore that Georgian wine is becoming more and more popular in Chinese market. According to the latest statistics, China is the third biggest market for Georgian wines.

Cooperation under the Belt and Road Initiative

Historically located at a vital crossroads, Georgia links the economies and cultures of East and West. With its strategic location along the Belt and Road and competitive market, Georgia is intent on carving out its share and restoring its position as a major regional trade, transport and logistics hub in the region.

As a matter of fact, the vast network of ancient land and maritime silk roads, used to pass through Georgia hundreds of years ago. Therefore, we think our country – with its unique historical experiences, rich social and cultural values and outstanding strategic location – is a natural place for such an endeavor.

Within the framework of Belt and Road Initiative, it is important to promote the development of Trans-Caspian International Transport Corridor (known as Middle Corridor). Georgia had been actively working to develop the Trans-Caspian international transport route together with other partner countries.

Georgia, a pleasure for doing business

Georgia has always been a conduit of cultures, people, ideas, and, therefore trade, know-how and capital. As the natural bridge of Europe and Asia, our region has been a beacon of diversity for centuries. In restoring its relationship with Asia through the revival of the Silk Road, Georgia is also regaining its place in Europe.

Georgia offers a number of major benefits that are still inaccessible to the vast majority of countries. Let me give you a single example: the World Bank's "Doing Business 2020" placed Georgia at seventh position out of 190 countries in "ease of doing business." The components such as starting a business, dealing with construction permits, paying taxes, trading across borders and resolving insolvency were highly commended by the World Bank.

The separate words could be added to a similar effect, stating that Georgia is a special destination from the perspective of favorable tax regimes; free industrial zones (where one is operated by China's Hualing Group); young, educated labor force; competitive business costs; attractive tax system and flexible labor code; time proximity and cultural similarities with target markets; high class offices and good infrastructure; availability of investment grants via the program foreign direct investment grant in Georgia and etc.

Heritage Foundation placed Georgia at 12th in its "Index of Economic Freedom 2020" (out of 180 countries, sixth in the Europe).

The message to investors is quite simple and straightforward – Georgia is a great destination for companies from all around the world, whether it's to enter the regional market itself, the European market, or the broader Asian markets; and it has an open-door policy to help foreign and local companies grow in and via Georgia.

It is my deep conviction that we can only build a sustainable, peaceful and progressive world if we bolster transnational communication and intensify economic cooperation. I believe that with joint efforts, we will advance our cooperation and partnership and we will witness new achievements in the coming years. As the Chinese saying goes "Only when all contribute their firewood can they build up a big fire."