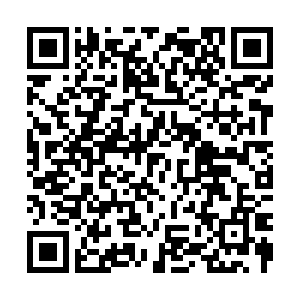 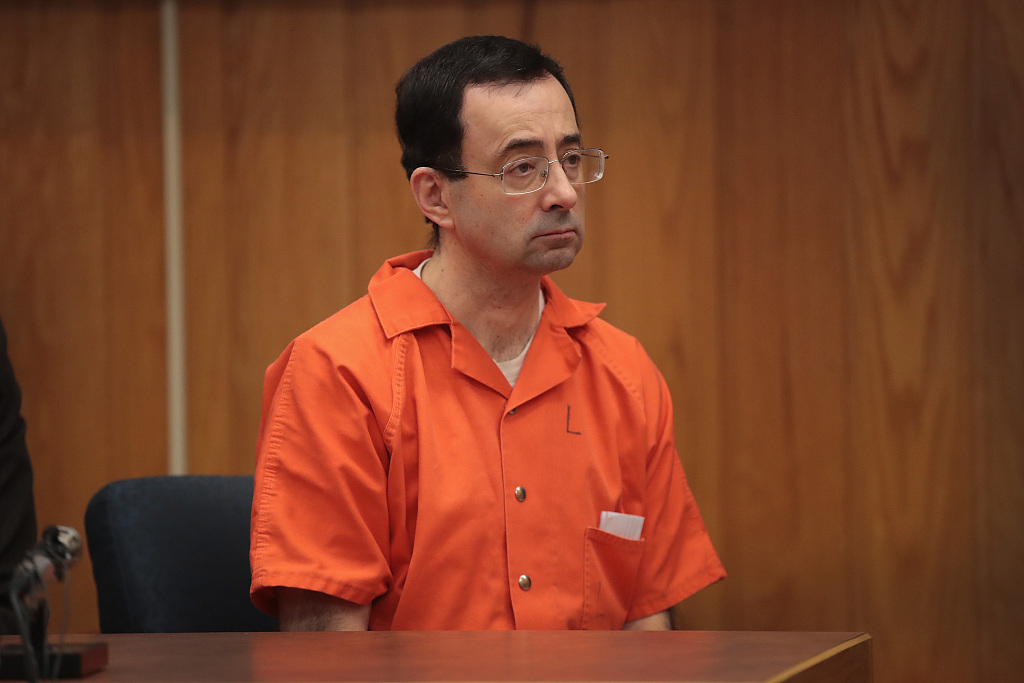 Sports physician Larry Nassar was sentenced to up to 175 years in prison. /CFP

Sports physician Larry Nassar was sentenced to up to 175 years in prison. /CFP

American female gymnasts, including four-time Olympic gold medalist Simone Biles, who were survivors of sports doctor Larry Nassar's sexual assaults, are seeking over $1 billion in compensation from the Federal Bureau of Investigation (FBI) for the bureau's failure to stop him, lawyers said on Wednesday.

Having pleaded guilty to seven counts of criminal sexual conduct in Ingham County in Michigan, Nassar was sentenced to up to 175 years behind bars in January 2018. Over 150 women and girls said in court that the world-renowned sports physician had sexually abused them in the previous 20 years.

Lawyers said that FBI agents knew Nassar was accused of the crimes as early as 2015 but didn't act. As a result, he was able to assault more victims for more than another year.

"If the FBI had simply done its job, Nassar would have been stopped before he ever had the chance to abuse hundreds of girls, including me," Samantha Roy, former University of Michigan gymnast, said.

"It is time for the FBI to be held accountable," Maggie Nichols, a national champion gymnast at Oklahoma, said.

Biles said the "entire system" enabled the abuse of Nassar. 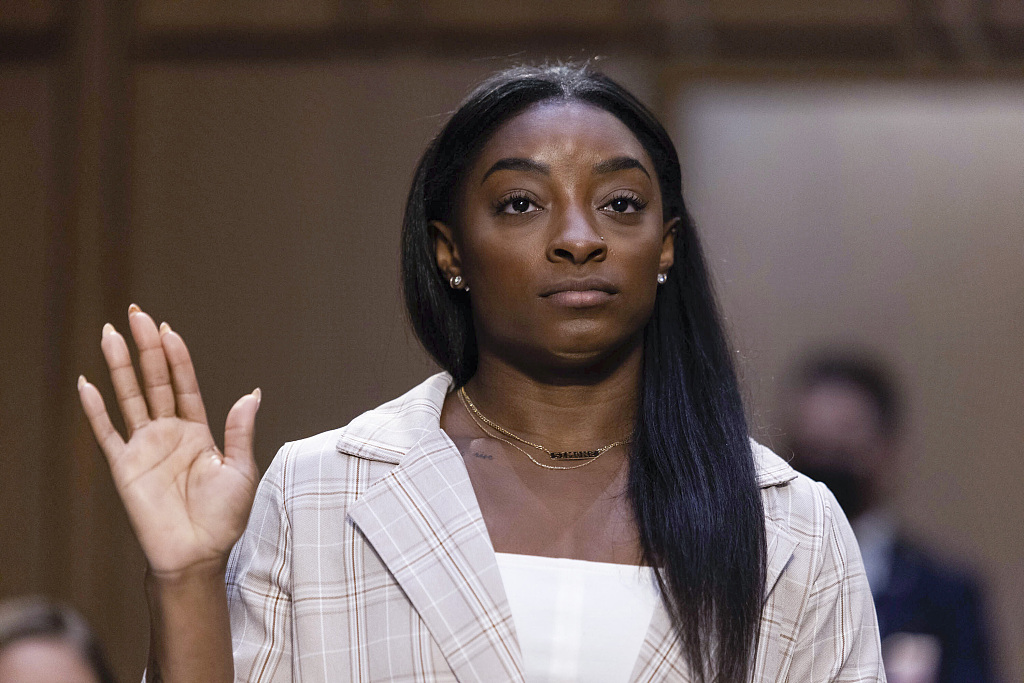 Gymnast Simone Biles of the U.S. testifies at a Senate Judiciary hearing about the Justice Department's inspector general's report on the FBI's handling of the Larry Nassar investigation on Capitol Hill in Washington, D.C., September 15, 2021. /CFP

Gymnast Simone Biles of the U.S. testifies at a Senate Judiciary hearing about the Justice Department's inspector general's report on the FBI's handling of the Larry Nassar investigation on Capitol Hill in Washington, D.C., September 15, 2021. /CFP

The Justice Department's inspector general revealed that the FBI didn't launch a formal investigation or inform federal or state authorities in Michigan after USA Gymnastics in 2015 told the bureau that three gymnasts said they were sexually assaulted by Nassar. A sexual tourism investigation was launched by FBI agents in Los Angeles in 2016 and they talked to some of the survivors. However, the LA FBI didn't alert Michigan authorities either, according to the inspector general.

Nassar was arrested in the autumn of 2016 after Michigan State University police launched an investigation. The assault charges against him were dealt with by the Michigan attorney general's office. A child pornography case was filed against Nassar by federal prosecutors in Grand Rapids, Michigan, at the same time.

"I'm especially sorry that there were people at the FBI who had their own chance to stop this monster back in 2015 and failed. And that's inexcusable," Director Christopher Wray said at a Senate hearing in 2021.

"When FBI Director Wray admitted the FBI completely failed in their duties to protect these survivors, he essentially closed the door to a court fight," Matthew Schneider, a former U.S. attorney in Detroit said. "A settlement makes legal sense, but it also makes good moral sense."

The FBI has six months to respond to the tort claims field on Wednesday. The bureau's response will partly determine whether it leads to lawsuits or not in the future.