Download
Who's to blame for the global food crisis and how to fix it?
Andrew Korybko 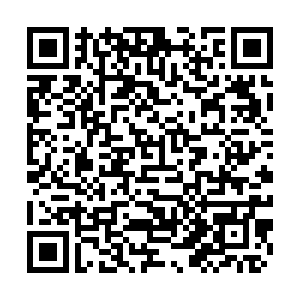 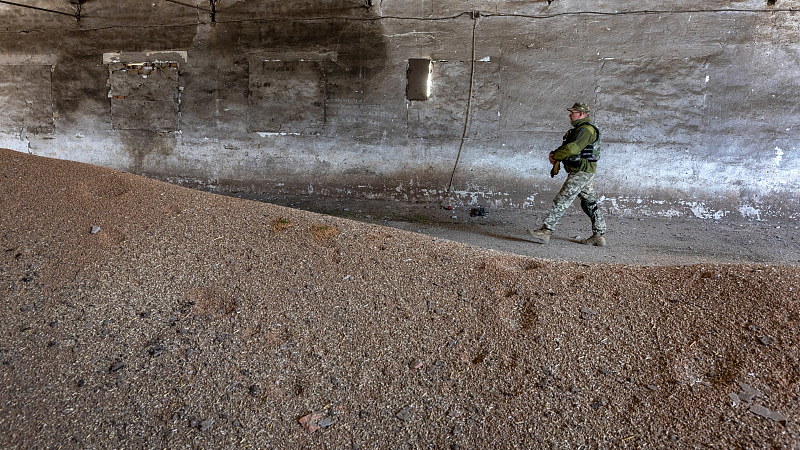 A Ukrainian solider inspects a grain warehouse near the frontlines of Kherson Oblast in Novovorontsovka, Ukraine, May 6, 2022. /VCG

A Ukrainian solider inspects a grain warehouse near the frontlines of Kherson Oblast in Novovorontsovka, Ukraine, May 6, 2022. /VCG

The international community is worried that the Ukrainian conflict might lead to famines across the Global South, especially in Africa. That's because Russia and Ukraine supply around 25 percent of the world's wheat. But a combination of factors have made exports difficult, particularly to African countries that are disproportionately dependent on imports from those countries. Russia blames the U.S.-led West for this crisis while they all blame Moscow, which has led to a lot of confusion.

According to Western officials and their Ukrainian counterparts, Russia is allegedly blockading Ukrainian ports in order to blackmail them into lifting their unprecedented sanctions as a quid pro quo for releasing Ukrainian wheat to the rest of the world. Russia's Permanent Representative to the United Nations Vassily Nebenzia denied this late last month while speaking at the global body, and instead blamed the economic consequences of the pandemic, Ukraine's mining of its own seaports, and the sanctions on Russia.

Russian President Vladimir Putin reiterated this interpretation of the crises' origins during a recent interview he gave to one of Russia’s top TV stations. That media appearance happened on the same day that he met with African Union Chairperson Macky Sall in Sochi, when his guest confirmed that "anti-Russia sanctions have made this situation worse and now we do not have access to grain from Russia, primarily to wheat." 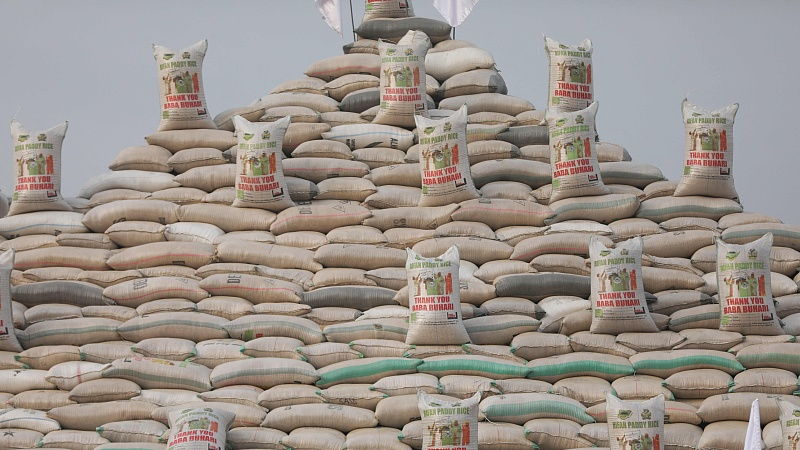 Bags of rice are seen at the launch of the largest rice pyramids in Abuja, Nigeria, January 18, 2022. /VCG

Bags of rice are seen at the launch of the largest rice pyramids in Abuja, Nigeria, January 18, 2022. /VCG

Seeing how Sall represents the countries that are most directly affected by the global food crisis, it should be assumed that he's telling the truth since he would have no reason to lie and cover up for Russia's being complicit in creating this crisis. This can in turn be taken to mean that the African nations don't support Western and Ukrainian officials' claims against Russia. On the contrary, he gave credence to Russia's version of events, which is sensible for the following reasons.

Russia has proposed four export routes for Ukrainian grain, none of which Kyiv has so far bothered to use: the Azov Sea, the Black Sea, transit through Belarus en route to Baltic ports, and through Western Europe. In fact, Ukrainian Ambassador to Turkey Vasily Bodnar reportedly said on June 7 that his country will only export via the Black Sea if it gets "weapons to protect against maritime threats," which suggests that Kyiv is exploiting this crisis.

Nevertheless, Russia and Turkey are reportedly working very closely on hashing out a plan for creating a grain corridor through the Black Sea. According to what sources have revealed thus far, the prospective plan is for Turkey to demine the waters near Odessa, after which Russian warships would escort Ukrainian grain carriers to the Bosporus. For this to succeed, Kyiv has to trust Ankara and Moscow's goodwill, the first for demining the waters near Odessa, and the second for not launching an amphibious assault.

It remains unclear whether this can be achieved, but Turkey has until now taken a very balanced position towards the conflict and subsequently gained the trust of both conflicting parties, so Ankara might ultimately end up being the key to the success of this prospective plan. Should a diplomatic breakthrough occur, the risk of a famine afflicting the Global South would dramatically decrease, especially for those in need getting reliable imports of Russian and Ukrainian wheat.

However, observers should also note that the U.S. is already trying to deter countries from purchasing grain from Russia on the basis that its exports contain allegedly stolen Ukrainian grain.

A UN spokesman said that it's impossible to verify those accusations, which suggests that they might actually be part of Washington's ongoing information warfare campaign against Russia. It is driven by the desire to raise doubts in the minds of Africans about Russia as a responsible partner.

Instead of playing a politically convenient blame game, it's best for all parties to focus on the future and the most effective ways to avert famines across the Global South. We can't condemn parts of the world to starvation just for the sake of some countries' political ambitions.