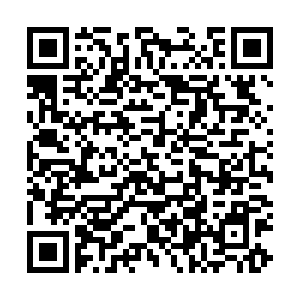 It's summer harvest season in Yuncheng City in north China's Shanxi Province. In some crop fields in Pinglu County, a special working team is busy reaping wheat. The team consists of local Party (the Communist Party of China) members, offering a hand to those who can't do it themselves.

"Thanks to the helping team, I was able to harvest my wheat. They solved a big problem for me," said one villager, Liu Yinxuan.

Liu is one of many locals whose family members work in other provinces. Due to COVID-19 restrictions, they weren't able to come home to assist with the harvest.

But with the help of local Party members, everything has gone as planned.

Liu Jiangong, head of the Pinglu County Agricultural Machinery Service Cooperative, said that before the harvest started, they repaired all the machinery to ensure it functioned well.

Yuncheng City is the largest wheat production area in Shanxi, and one of the major commodity grain production regions in China. It has more than 280,000 hectares of winter wheat, and expects an output of 1.35 billion kilograms this year, the same volume as last year or even slightly higher.

In neighboring Hejin City, more than 15,000 hectares of wheat are also being harvested. "The output this year is better than last year," said Yan Liyuan, a resident in Pipayuan Village.

This year, Shanxi has 540,000 hectares of winter wheat. The provincial agricultural department has introduced more flexible preventive and control measures for transporting agricultural machinery to facilitate work during the epidemic.

Green channels have been opened for both machinery and drivers, with service stations set up to receive those who work across different regions.

China's summer harvest focuses on winter wheat and oilseed rape. Spanning from May to late June traditionally, the grain output during this period makes up about a quarter of the annual total, making it key to China's food security.