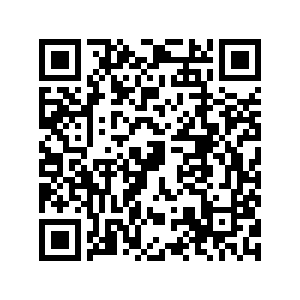 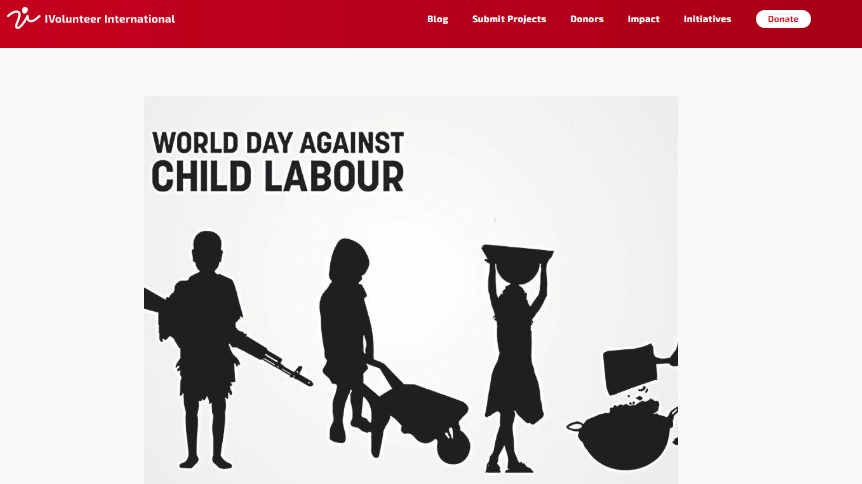 A screenshot from IVolunteer International

A screenshot from IVolunteer International

The world in which adults would like to see children live is one that includes safe homes, quality schools and lots of fun with friends.

And yet that is not the reality for billions of children around the world.

June 12 is the annual World Day Against Child Labor, a United Nations-led event that calls attention to the dangerous world in which too many children reside. It also is a world that includes being forced to work. According to the UN, 160 million children, some as young as 5 years old, are in forced labor situations. If that was not bad enough, consider that the UN also states "nearly three quarters of children, 1.5 billion, lacked [government] social protection" that might alleviate the horrible necessity to work.

The dominant perception in the West is that no child or teenager is viewed as little more than a cog in the profit-making wheel, someone who can be tossed into an agricultural field, a kitchen or somewhere else and be compelled to work long hours. Of course, in the United States, almost everyone under the age of 18 years old enjoys federal protection against such employment practices.

Those laws mandate that people under the age of 16 years old may work between the hours of 7 a.m. and 9 p.m. from June 1 until Labor Day (which is celebrated on the first Monday of the month of September) and between 7 a.m. and 7 p.m. at all other times of the year.

Does that mean everything is rosy and there are no problems in America? No.

As just one example, remember what unfolded last year in Wisconsin, where state senators passed legislation that would allow children as young as 14 years old to begin work as early as 6 a.m. and remain there until as late as 11 p.m. during non-school days. Business Insider reported one reason the idea had support was because "it could help plug the state's labor shortage." The state's hotel, tourism and restaurant industries were among groups favoring the legislation.

No U.S. politician, at the state or federal level, ought to be endorsing legislation that would require students to surrender necessary sleep in order to ensure that for-profit industries can "plug" labor shortages. Without going too far afield here, if the American worker was treated respectfully by his or employer, "the great resignation" - which has seen at least 48 million adults leave their jobs in 12 months because of insufficient wages, a need for more money to meet living expenses, unhappiness at work and other reasons - might not be happening to the degree it has been. Moreover, it is unconscionable that people under 18 would be viewed as appropriate replacements in working conditions that apparently did not appeal to millions of American adults. 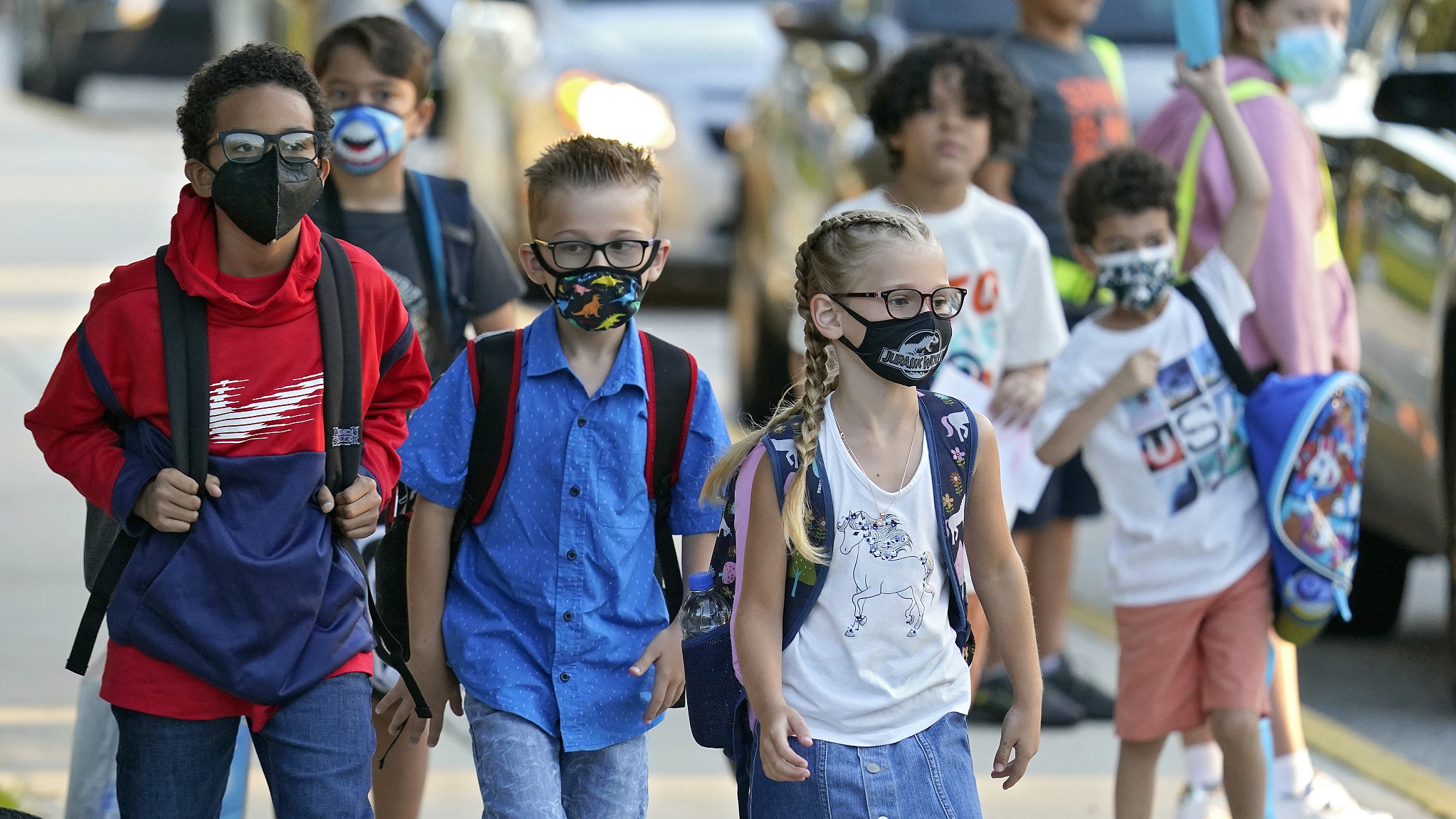 Students wearing face masks arrive on the first day of classes for a new semester at a school in Orlando, Florida, the U.S., August 10, 2021. /CFP

Students wearing face masks arrive on the first day of classes for a new semester at a school in Orlando, Florida, the U.S., August 10, 2021. /CFP

For children, fatigue increases the chances that they will not do as well in school. And with the embarrassing absence of leadership in too many states' legislatures, which have chosen to slash funding for higher education, the pressure on high school students to earn high grades and test scores so that they will have a better chance at scholarships for college is heightened.

Next, there are too many places in the U.S. where undocumented children work. The American Federation of Teachers (AFT) offers this abysmal piece of information: "Estimates by the Association of Farmworker Opportunity programs... suggest that there are approximately 500,000 child farmworkers in the United States. Many of these children start working as young as age 8, and 72-hour work weeks (more than 10 hours per day) are not uncommon."

Why is this happening? Because, according to the AFT, those aforementioned federal policies about children and work do not apply due to "outdated exemptions based upon an agrarian society largely left to the past."

Good luck getting anyone responsible for this unethical and immoral behavior to explain how children working more than 70 hours a week aligns with America's non-stop chest thumping about exceptionalism. Children in agricultural fields are surrounded by pesticides; working in all kinds of weather conditions; inhaling nicotine (if they are working in tobacco fields); and regularly in close proximity to dangerous machinery. No responsible adult seems to care.

Finally, fatigue can contribute to mistakes that can have deadly consequences. The Washington Post, citing Government Accountability Office data, reported that at least "452 children died as a result of workplace injuries between 2003 and 2016.... Seventy-three of those who died were age 12 or younger." More than half of those deaths resulted from working in agriculture.

Critics reading this are likely thinking "yes, but the situation is much worse in other countries around the world." Even if we accept that as true, we are still left with the uncomfortable reality that America must make improvements in its treatment of working teenagers and children.