Download
Father on Son Heung-min: He's not a world class player yet
CGTN 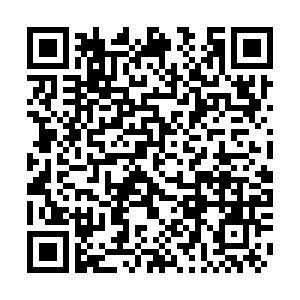 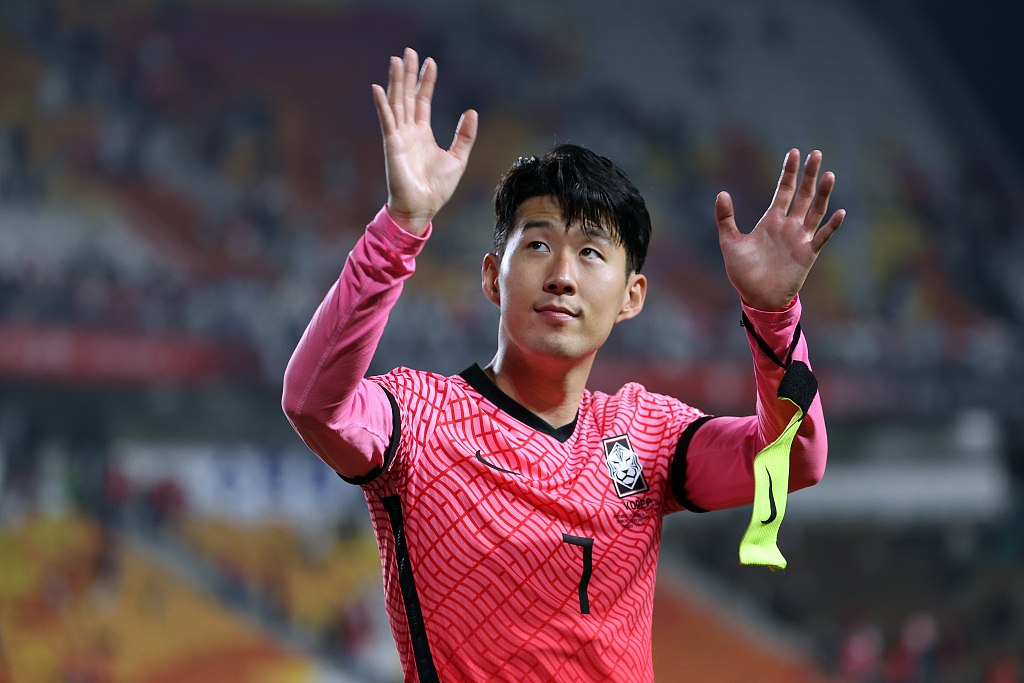 Son Heung-min reached the summit of his career so far after scoring 23 goals for Tottenham Hotspur in the 2021-22 Premier League season to win the Golden Boot award. No Asian player had ever done that in any of the five major European football leagues.

Transfermarkt.com values Son's transfer price at 80 million euros (about $84.2 million), the same as the basic transfer fee expected to be paid by Liverpool for 22-year-old Uruguayan striker Darwin Nunez. Though he still has three years left of his contract with Spurs, Son has been on the radar of multiple powerhouses for a while.

However, Son Woong-jung remained calm on appraising his son. "He (Son Heung-min) must work harder and make more progress," he said. "If he is satisfied with what he has achieved now, crisis is on the way. He must always try to do better to stay in the best form, don't you think? Instead of being happy to stay where he is, I always want him to be 10 percent better." 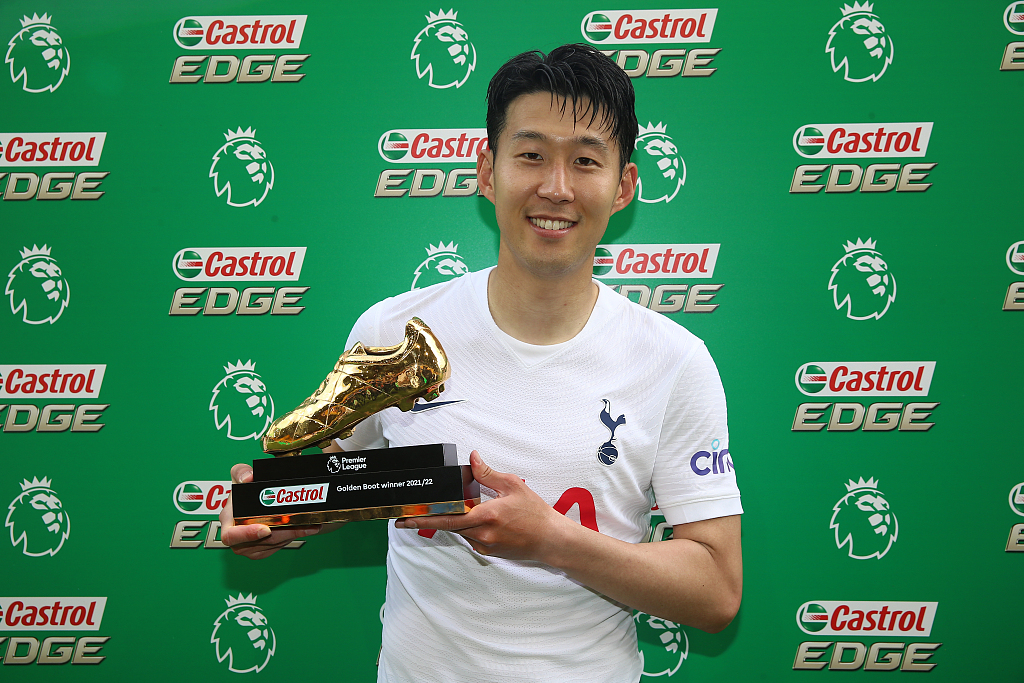 Son Heung-min of Tottenham Hotspur poses with the 2021-22 Premier League Golden Boot award after scoring 23 goals for the club during the season. /CFP

Son Heung-min of Tottenham Hotspur poses with the 2021-22 Premier League Golden Boot award after scoring 23 goals for the club during the season. /CFP

Son Woong-jung said in 2018 that he didn't think his son was a world class player, even though Son Heung-min was already an ace striker in Premier League that season. And four years on, the father hasn't changed his mind.

"He must be able to play a solid role in one of the world's top clubs. That's when he will become a world class player," Son Woong-jung told reporters. "Like I said before, he must do 10 percent better on every front to reach that goal."

Son Woong-jung said the Golden Boot award made him worry about his son. "He (Son Heung-min) scored a lot of goals this year, but it doesn't mean he will do the same next year. Only those who stay ready can survive the difficulties. He must face everything with a cautious mind and can't afford to be too proud," Son Woong-jung said.