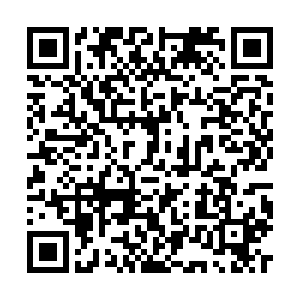 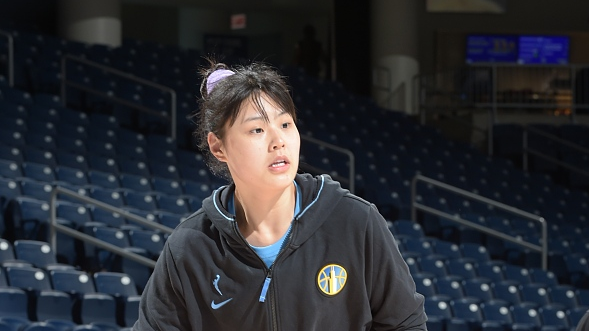 Li Yueru of the Women's National Basketball Association's (WNBA's) team, Chicago Sky believes it's a recognition of the development of Chinese women's basketball for more of them to join the WNBA.

The Sky defeated New York Liberty, of which another Chinese player Han Xu is a member, 88-86 at the Barclays Center in Brooklyn on June 12. Li scored two points, three rebounds and one assist while Han got 10 points and two rebounds. This was the first time for the two Chinese centers met each other on the court this season.

"It's the first game between us two. Domestic media outlets, our teammates and friends all looked forward to it," Li said in an interview with Xinhua News Agency. "Actually, many wanted to watch it when I was back at home, so did I. I'm happy about the game and feel excited that two Chinese players appeared on the same court in a WNBA game."

Both Li and Han were drafted to join the WNBA in 2019. Han played one season first in the league that year before heading back home. Li departed for the U.S. in late May and has been working hard to fit in the Sky. 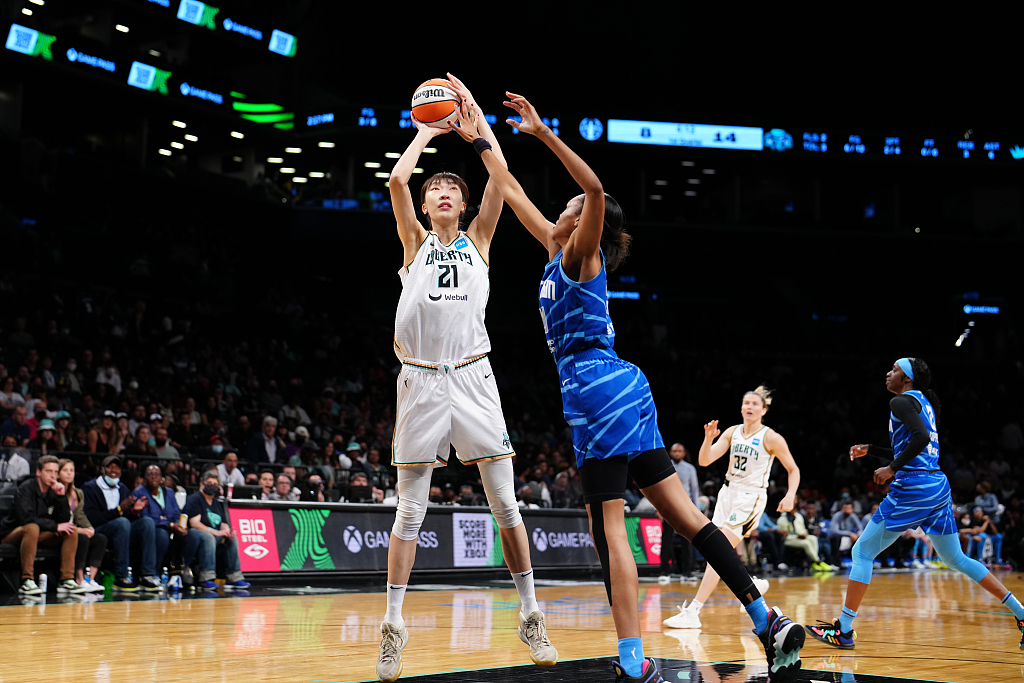 Han Xu (#21) of the New York Liberty shoots in the game against the Chicago Sky at the Barclays Center in Brooklyn borough, New York City, New York, June 12, 2022. /CFP

Han Xu (#21) of the New York Liberty shoots in the game against the Chicago Sky at the Barclays Center in Brooklyn borough, New York City, New York, June 12, 2022. /CFP

"It's a good thing for us to be able to join these great players, compete with them and live among them," Li said. "It helps us improve our skills so we can perform better for the national team to achieve better results."

It has been only three weeks since Li joined the Sky and she is learning everything about the team's offense and defense. She told Xinhua that it took her a while to adapt herself to the new life in the U.S. "I believe it will get better and better for me."

Before her departure for the U.S., Li posted on Sina Weibo that it has been her dream to play in the WNBA since she was a child. She revealed to Xinhua that she has been able to work hard toward this major goal because she kept setting small targets to achieve. "I have had various small targets that encouraged me to move forward all these years," she said. "I have been realizing each and every one of them until today, to join the WNBA. All these small targets have set my way to this top stage."