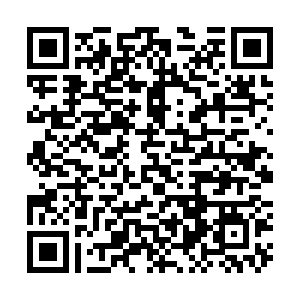 Businesses in China's southern city Guangzhou are humming again after COVID-19 disruptions led to production shutdowns in April and May this year. That has been no mean feat, considering that shutdowns along the line had caused supply chain and financing strains for companies, due to shipments being stuck in the factories.

Most of the businesses admit that the speedy recovery was made possible due to the helping hand of the local government. Not only were the officials proactive in responding to the problems quickly, but they also went the extra mile to provide support measures such as facilities to ship products and extending new financing lines.

Guangzhou Clincom Cosmetics has been one of the beneficiaries of the support measures. The cosmetics company has resumed sale of products via live-streaming after shutdowns in April. Company officials said that that the measures rolled out by the local government helped minimize losses and move finished products to their final destinations from the lockdown area.

Most of the businesses admit that the 10 supportive measures rolled out by the Guangdong government has put most of the small and medium-sized enterprises (SMEs) back on track. Many of them cite measures such as the extension of pension payments for SMEs and individual industrial and commercial households till the end of the year as extremely beneficial. Other businesses cited measures such as rent reduction and exemptions for up to six months of rental housing in high-risk areas as a virtual lifeline.

Topology, an e-commerce start up in Guangzhou, was one of the SMEs that gained from the rent exemptions for a year. Its co-founder Jimmy Kong said support was also forthcoming from the government at various levels.

He added that the measures have come as a big relief to many Hong Kong-based entrepreneurs who have set up businesses in Guangdong province. Kong said the support measures go beyond the normal financial assistance  and in some cases set the tone for future growth.

The pandemic made it hard for businesses in different countries to communicate face to face, Topology Founder Michael He said he was hopeful that the government would provide more match-making platforms to solve the issue.

But the real pressing problem for several SMEs has been the problems in recruiting talent.

The Guangzhou government has already proposed to help SMEs recruit talents. It has said that it will ask public employment services platforms to hold both online and on-site recruitment activities for SMEs, and also  guide colleges and vocational schools to directly send students to these companies for internships or employment.

Many feel that it is only a matter of time before industrial activity returns to full steam in Guangzhou, as more policies are unveiled to support businesses in the province.