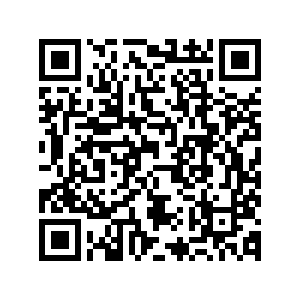 During their conversation, Xi noted that since the beginning of this year, bilateral relations have maintained a sound development momentum in the face of global turbulence and transformations.

The economic and trade cooperation between the two countries has made steady progress, Xi said, adding that the Heihe-Blagoveshchensk cross-border highway bridge has opened to traffic, creating a new channel connecting the two countries.

The Chinese side stands ready to work with the Russian side to push for steady and long-term development of practical bilateral cooperation, Xi said.

China is willing to work with Russia to continue supporting each other on their respective core interests concerning sovereignty and security, as well as on their major concerns, deepening their strategic coordination, and strengthening communication and coordination in such important international and regional organizations as the United Nations, the BRICS mechanism and the Shanghai Cooperation Organization, Xi said.

China is also willing to work with Russia to promote solidarity and cooperation among emerging market countries and developing nations, and push for the development of the international order and global governance towards a more just and reasonable direction, he added.

For his part, Putin said the Russian side sincerely congratulates China on its remarkable development achievements under the strong leadership of Xi.

Since the start of the year, the practical cooperation between Russia and China has been developing steadily, he said, adding that Russia supports the Global Security Initiative proposed by the Chinese side, and opposes any force to interfere with China's internal affairs using so-called issues regarding Xinjiang, Hong Kong and Taiwan, among others, as an excuse.

He noted that Russia is ready to strengthen multilateral coordination with China so as to make constructive efforts in boosting multipolarization of the world, and establishing a more just and reasonable international order.

The two heads of state also exchanged views on the Ukraine issue. Xi emphasized that China has always independently assessed the situation on the basis of the historical context and the merits of the issue, and actively promoted world peace and the stability of the global economic order.

All parties should push for a proper settlement of the Ukraine crisis in a responsible manner, Xi said, adding that China for this purpose will continue to play its due role.