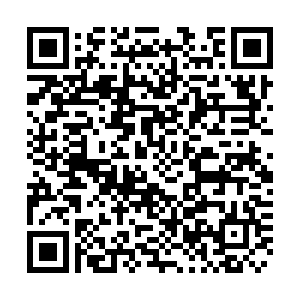 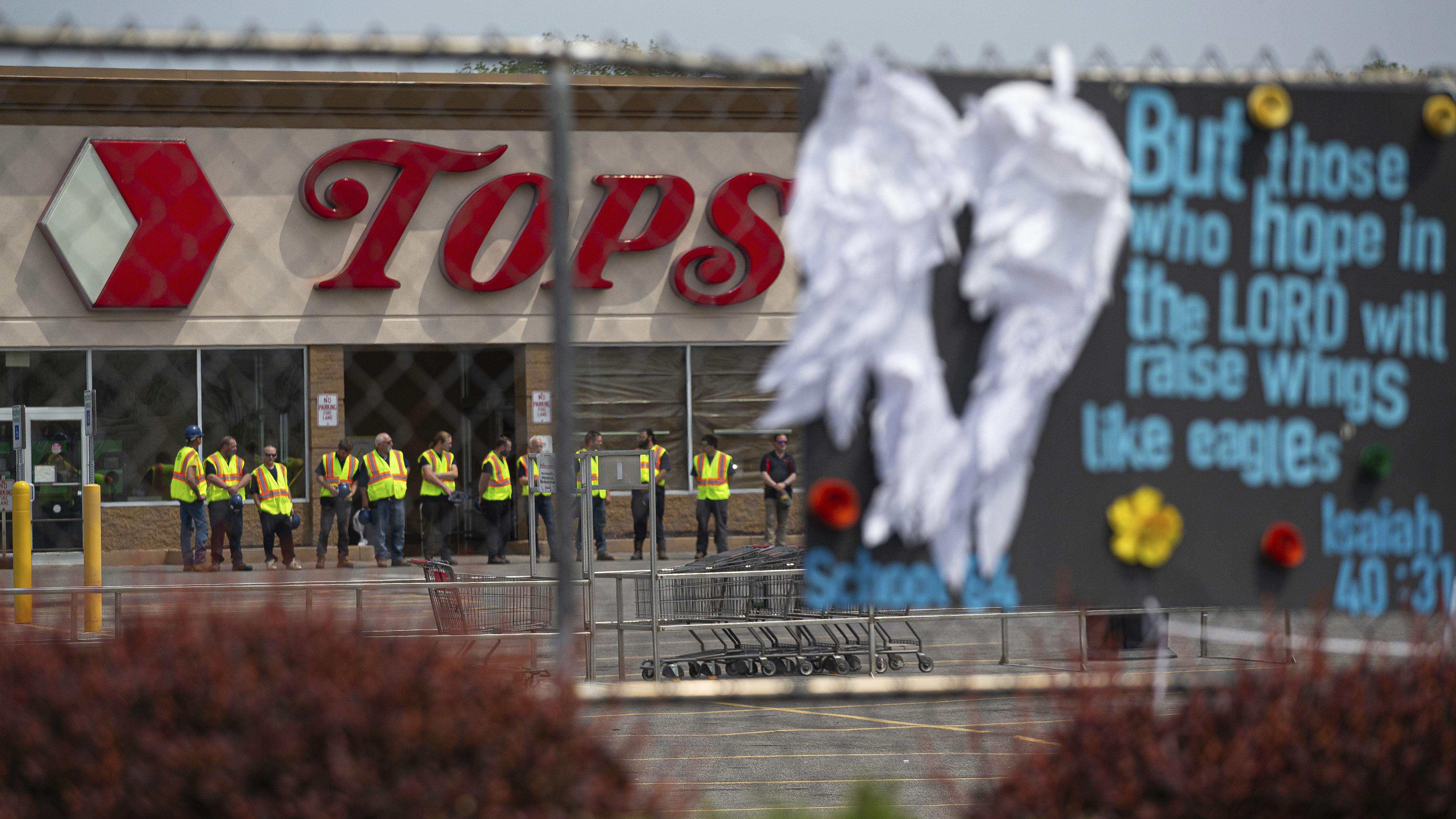 Payton Gendron faces 26 counts of hate crimes and firearms offenses, according to the charges.

The complaint contains chilling details about the May 14 shooting, including a moment when Gendron turned to a white male victim who had been shot in the leg and said "sorry" before moving on, according to a sworn statement filed by a Federal Bureau of Investigation (FBI) agent.

"We will be relentless in our efforts to combat hate crimes and support communities terrorized by them and to hold accountable those who perpetrate them," said Attorney General Merrick Garland.

Gendron, 18, could potentially face the death penalty if found guilty. Garland declined to say whether it would be sought if Gendron is convicted.

Gendron already faces the possibility of life in prison without parole on 25 New York state charges, including first- and second-degree murder and domestic terrorism motivated by hate. He has pleaded not guilty.

Gendron allegedly killed 10 people and wounded three at the Tops Friendly Markets in a predominantly Black neighborhood in Buffalo before police said he surrendered to officers inside the grocery store. 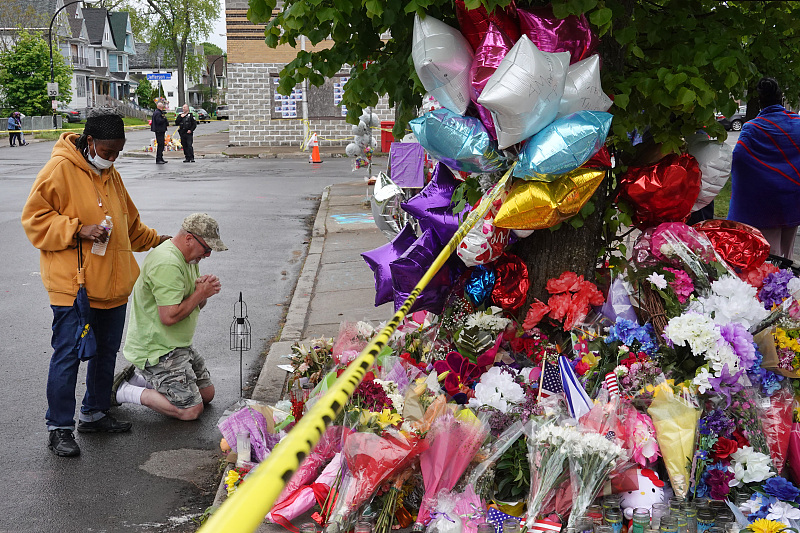 People visit a makeshift memorial outside the Tops supermarket in Buffalo, New York, U.S., May 18, 2022. /CFP

People visit a makeshift memorial outside the Tops supermarket in Buffalo, New York, U.S., May 18, 2022. /CFP

The gunman broadcast the attack in real time on the Twitch livestreaming service and apparently posted a white supremacist rant before the attack, saying he had been inspired by previous racially motivated mass killings.

According to the criminal complaint, the semiautomatic rifle used in the assault had the names of others who committed mass shootings written on it, as well as phrases such as "Here's your reparations!" and "The Great Replacement."

"The Great Replacement" refers to a false conspiracy theory that various elites are engineering the replacement of white populations with non-white immigrants.

The FBI said it had uncovered a handwritten note in Gendron's bedroom in which he apologized to his family for committing "this attack" and said he had to do it "for the future of the white race."

The FBI also located sketches of what appeared to be the layout of the supermarket.

The Buffalo shooting and a mass shooting just 10 days later at an elementary school in Uvalde, Texas, have prompted a bipartisan effort in the Senate to enact tougher gun laws, though there were signs on Wednesday of snags on passing a bill.

Mass shootings across the United States over the past few weeks have renewed national attention to gun violence. The news portal Axios reported last week that "firearms" was the second or third most searched topic in 409 of 435 congressional districts in the U.S. during the week the May 24 mass shooting in Uvalde happened.

According to the latest data from Gun Violence Archive, the United States has suffered 265 mass shootings over the past five months, with more than 19,500 lives lost to gun violence.

(Cover: A police officer stands outside the Tops supermarket in the Cold Spring neighborhood in Buffalo, New York, U.S., May 18, 2022. /CFP)