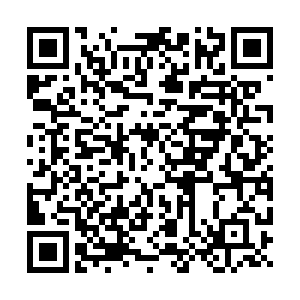 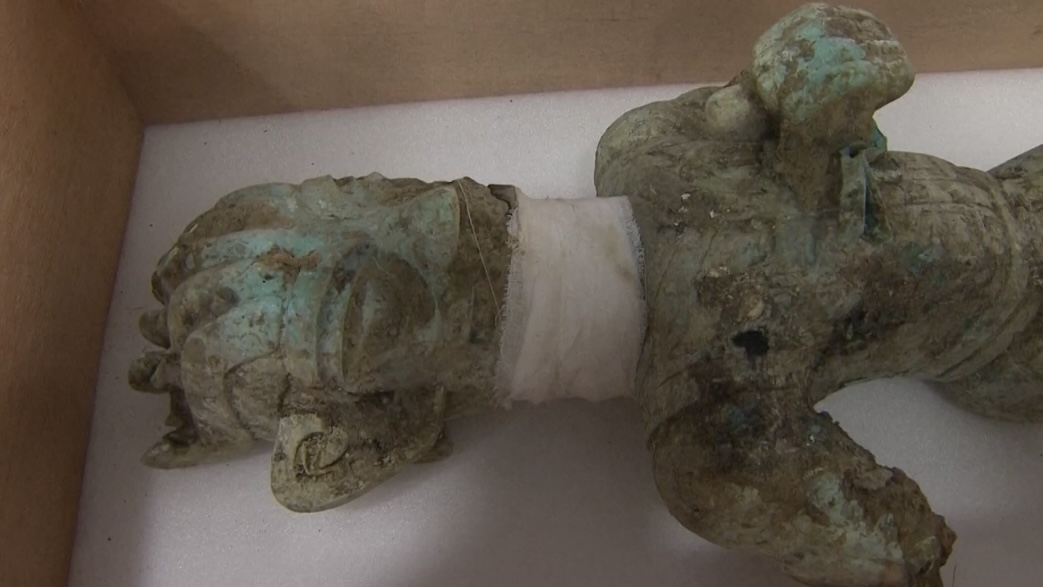 A large bronze figurine was unearthed from the Sanxingdui Ruins, along with other relics, as archaeologists continue excavations on the No. 7 and No. 8 sacrificial pits at the site revered as one of the greatest archaeological finds of the 20th century. So far, around 13,000 items buried for more than 3,000 years have been unearthed from the six pits.

Archaeologists are currently at a crucial stage of excavation with pits 7 and 8. The bronze figure is the only large intact human figurine retrieved from No. 8, which has unveiled more buried treasures. The standing bronze figure is about one meter tall, physically strong in arms and legs, and dresses in ancient traditional attire. The figure appears to be holding thin bronze ware and carries a lei, an ancient wine container and ceremonial ware.