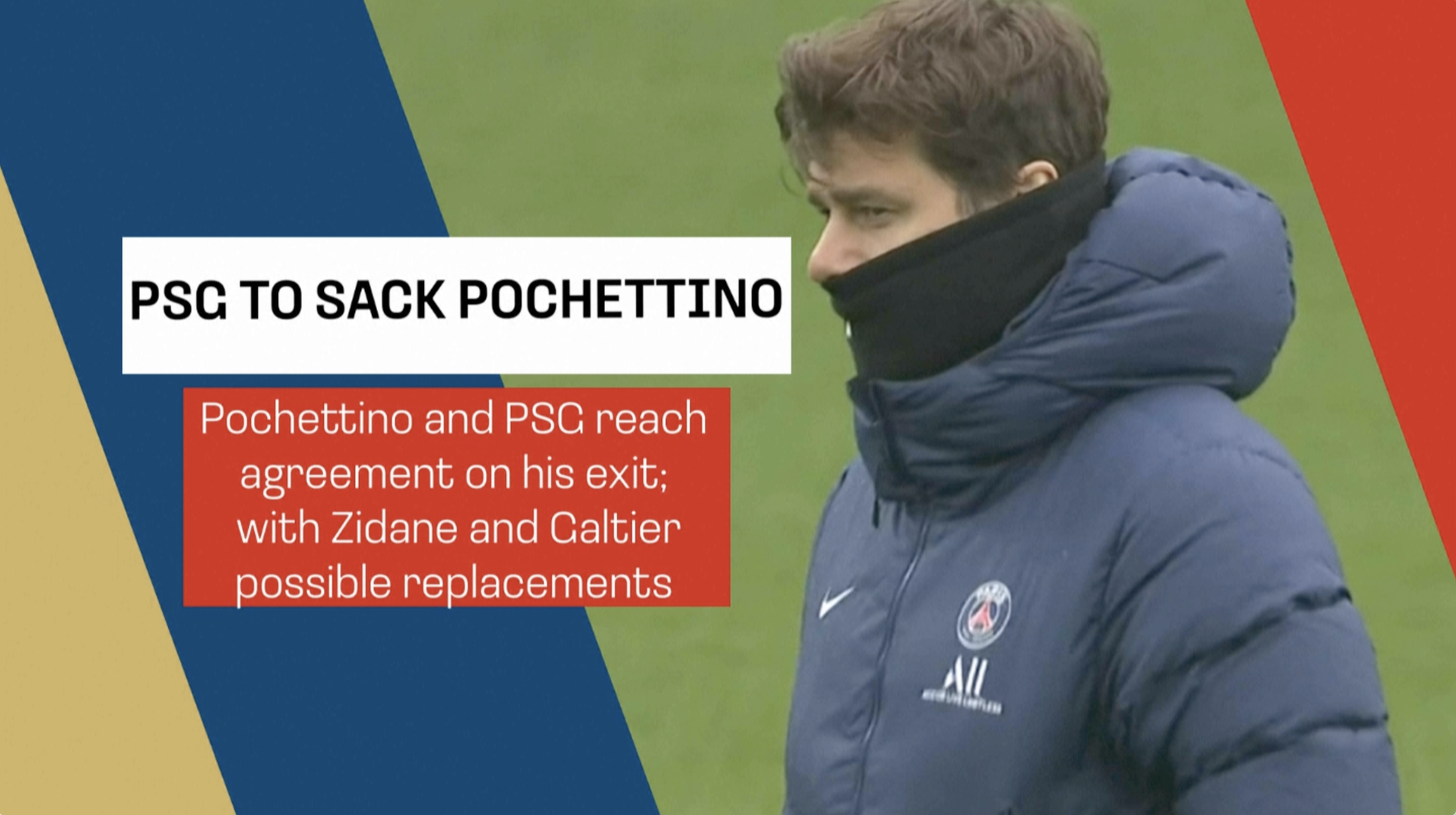 Mauricio Pochettino has been sacked as manager by French Ligue 1 giants PSG after the Argentine and the club reached an agreement on his exit, according to reports.
Pochettino had been in charge for 18 months and led the side to the Ligue 1 title in his first full season, as the Parisians finished 15 points clear of second-placed Marseille - the biggest margin of victory in any of Europe's top five leagues.
However, the club's exit to eventual winners Real Madrid in the Round of 16 stage of last season's UEFA Champions League was a factor in the mutual decision for Pochettino to leave the French capital.
Nice head coach Christophe Galtier is thought to be the front runner to replace Pochettino, after Luis Campos replaced Leonardo as PSG's sporting director. But former Real Madrid manager Zinedine Zidane had been believed to be the preferred choice of Sheikh Tamim bin Hamad Al Thani, the Emir of Qatar who owns PSG.