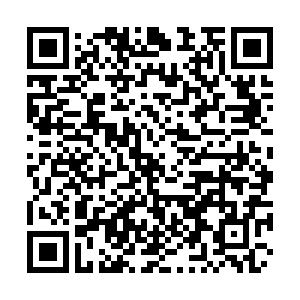 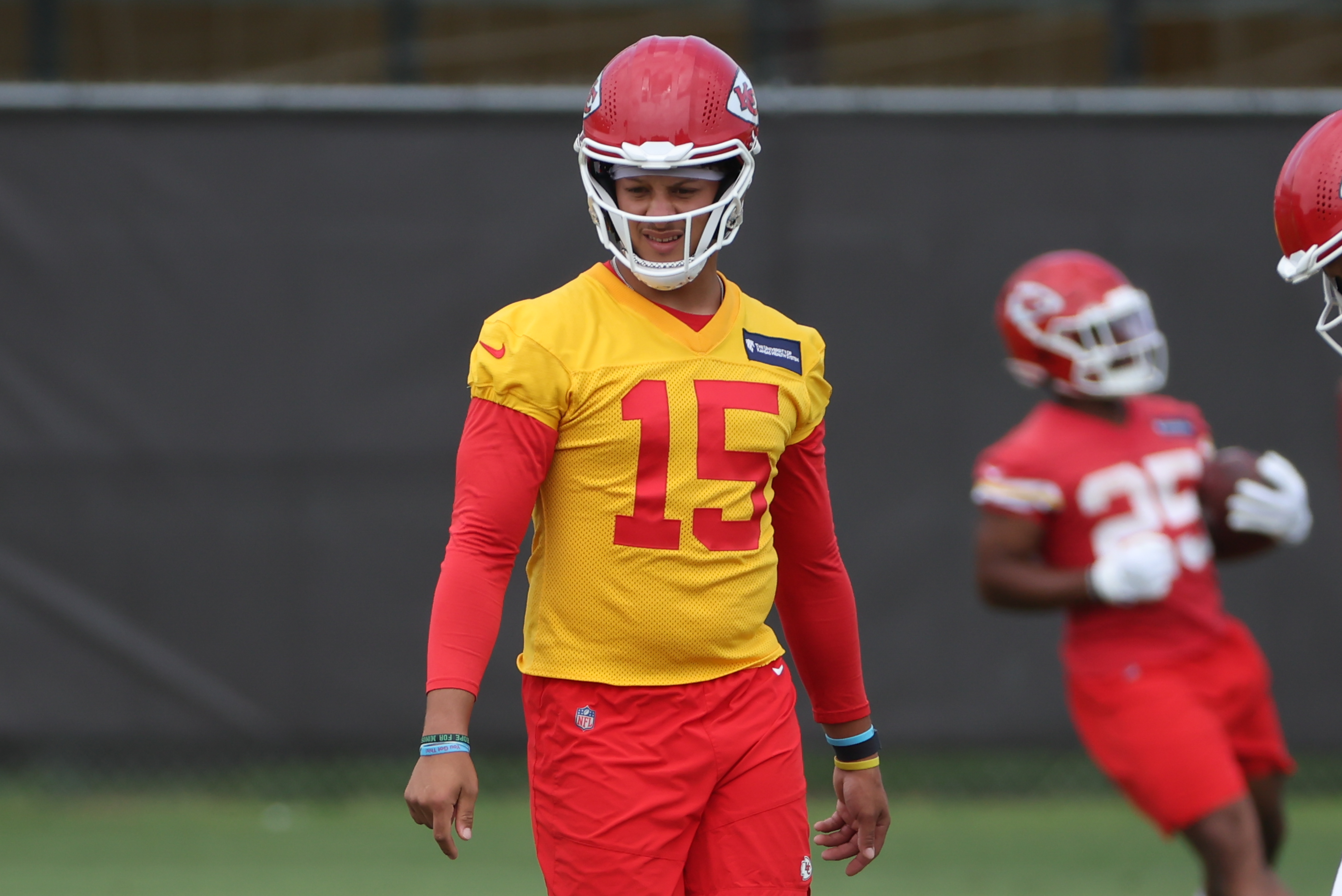 Quarterback Patrick Mahomes of the Kansas City Chiefs looks on in team practice at the minicamp at the Chiefs Training Facility in Kansas City, Missouri, June 15, 2022. /CFP

Quarterback Patrick Mahomes of the Kansas City Chiefs looks on in team practice at the minicamp at the Chiefs Training Facility in Kansas City, Missouri, June 15, 2022. /CFP

Patrick Mahomes, quarterback (QB) of the NFL's Kansas City Chiefs, responded to his former teammate, wide receiver Tyreek Hill's comments on his time and role in the team, saying he was "surprised" at what Hill said.

Having played six seasons for the Chiefs and won the Super Bowl LIV title in 2020, Hill moved to the Miami Dolphins in a blockbuster trade in March and then signed a four-year, $120 million extension with the team. Not many expected him to leave Arrowhead Stadium since he and Mahomes have made one of the top offensive pairs in the league in recent years.

In the first episode of his newly-presented podcast on June 11, Hill revealed that one of the reasons he decided to leave the Chiefs was he felt the team underused him.

"If teams are gonna give us favorable one-on-one matches against their best corner, I don't see why teams don't utilize their best receiver," he said. "And that's where probably like me and the Chiefs fell apart right there. When I'm like, yo, I don't mean to talk or be a diva in some situation, but can I see the pill some time, please? Just give me the ball, please." 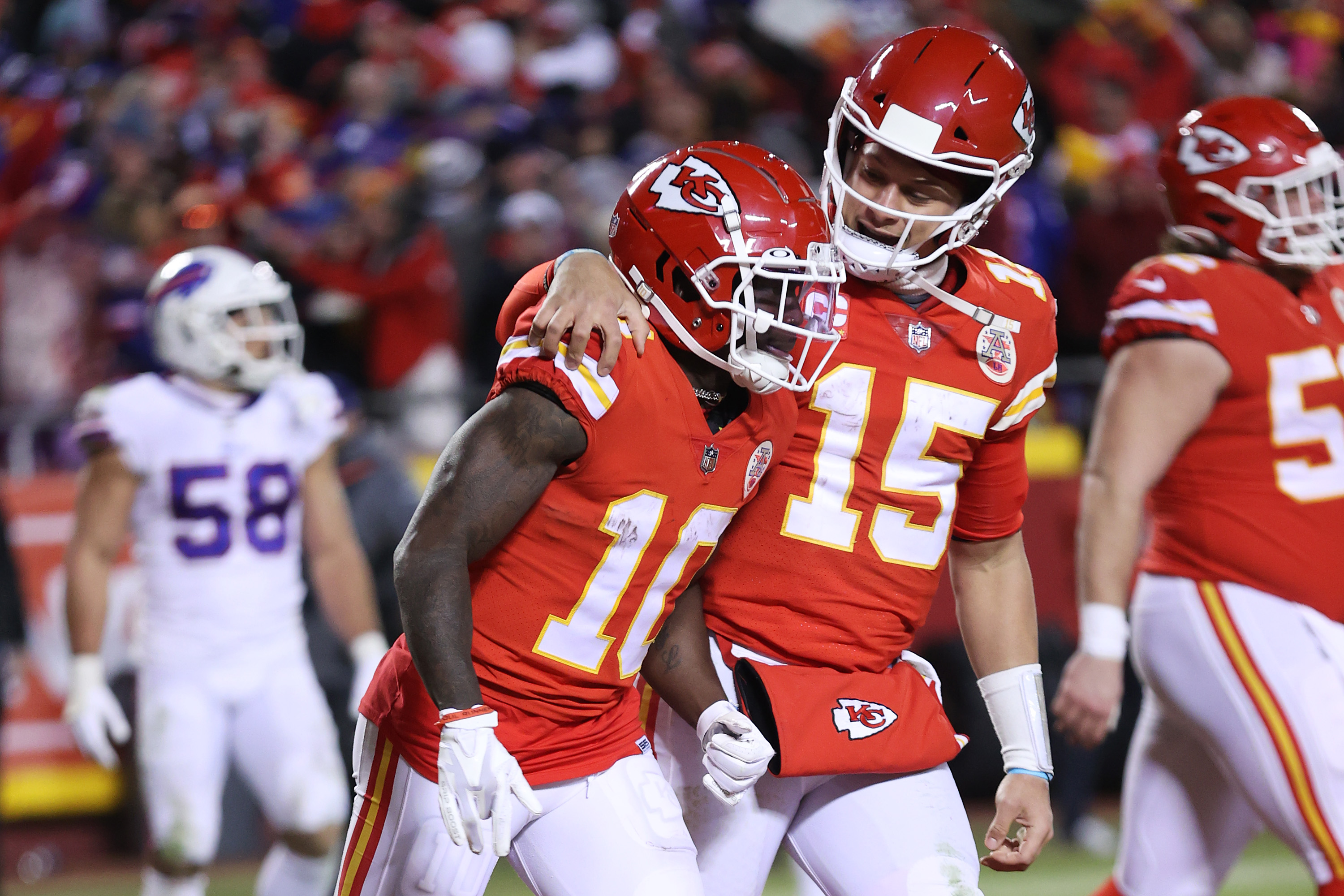 Quarterback Patrick Mahomes (#15) and wide receiver Tyreek Hill (#10) of the Kansas City Chiefs talk to each other in the American Football Conference Divisional Game against the Buffalo Bills at Arrowhead Stadium in Kansas City, Missouri, January 23, 2022. /CFP

Quarterback Patrick Mahomes (#15) and wide receiver Tyreek Hill (#10) of the Kansas City Chiefs talk to each other in the American Football Conference Divisional Game against the Buffalo Bills at Arrowhead Stadium in Kansas City, Missouri, January 23, 2022. /CFP

"I'm surprised a little just because I feel like we love Tyreek here," Mahomes said after the Chiefs' offseason program on Thursday. "We've always loved him. We still love him. I saw him out at Formula One in Miami. I'm sure it had something to do with trying to get his podcast some stuff and get it rolling."

"I feel like the coverages we were getting [from] defenses were really accounting for him, so we had to go other places [with the ball]. When he's a competitor like that, you want to have a chance to impact the games. I know he wanted to get the ball as much as possible to help us win. It wasn't a selfish thing. We were winning football games, especially at the end of the season, so I don't think he really brought that to our attention," he added.

Since Mahomes became the Chiefs' starting QB in 2018, he has passed for 18,707 yards and 151 touchdowns (TDs) while Hill produced 4,854 receiving yards and 43 TDs. The Super Bowl LIV victory in 2020 made more teams put them under microscope. Since the Tampa Bay Buccaneers in 2021, more and more teams began to figure out how to contain the Chiefs' offense.

Despite Hill's departure and the team's failure to reach the Super Bowl last season, Mahomes still stands along coach Andy Reid. "In coach [Andy] Reid's offense it takes the whole team. This offense was rolling before I got here. This offense was rolling when I was a young Cowboys fan watching the Eagles [coached by Reid] beat up on the Cowboys. It's an offense that's more than one player, and that includes myself," he said.