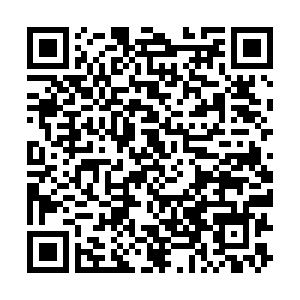 A Chinese diplomat on Thursday stressed that the United States should be responsible for the current situation in Afghanistan and should take meaningful steps to compensate the Afghan people for their sufferings.

Many innocent Afghan civilians have been killed by the U.S. military or as a result of war, and tens of millions of Afghan people have become refugees, said a representative from the Chinese Mission to the United Nations (UN) in Geneva when speaking at the ongoing 50th session of the UN Human Rights Council.

The United States hastily withdrew its troops from Afghanistan, leaving the Afghan people in a severe humanitarian crisis that continues to this day, the Chinese diplomat said.

Instead of taking the responsibility to relieve the crisis, the U.S. has openly looted Afghan national assets and exacerbated the Afghan people's suffering, the diplomat added.

"China urges the United States to immediately and comprehensively lift its unilateral sanctions against Afghanistan, unconditionally return the Afghan people's assets, and compensate them with concrete actions," the diplomat noted.

According to the Chinese diplomat, although the Afghan interim government has made headways in some aspects, it still faces many challenges, including humanitarian, economic and security difficulties.

The diplomat called on the international community to maintain communication and dialogue with the interim government, encourage it to set up a broader, more inclusive political framework as well as a moderate and stable domestic policy, resolutely combat terrorism in all its forms, and provide Afghanistan with the necessary emergency humanitarian aid and anti-epidemic assistance.

(Cover: Displaced Afghans who have migrated from areas such as Kunduz, Tahar, Baghlan and Daykundi to Kabul at a camp, September 2, 2021. /CFP)