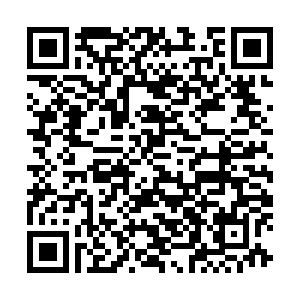 Security cooperation will be high on the agenda of this year's BRICS summit, Russian Ambassador to China Andrey Ivanovich Denisov told CGTN in an interview, sharing his thoughts about how BRICS members can cooperate and strengthen the group in a time of global uncertainty. 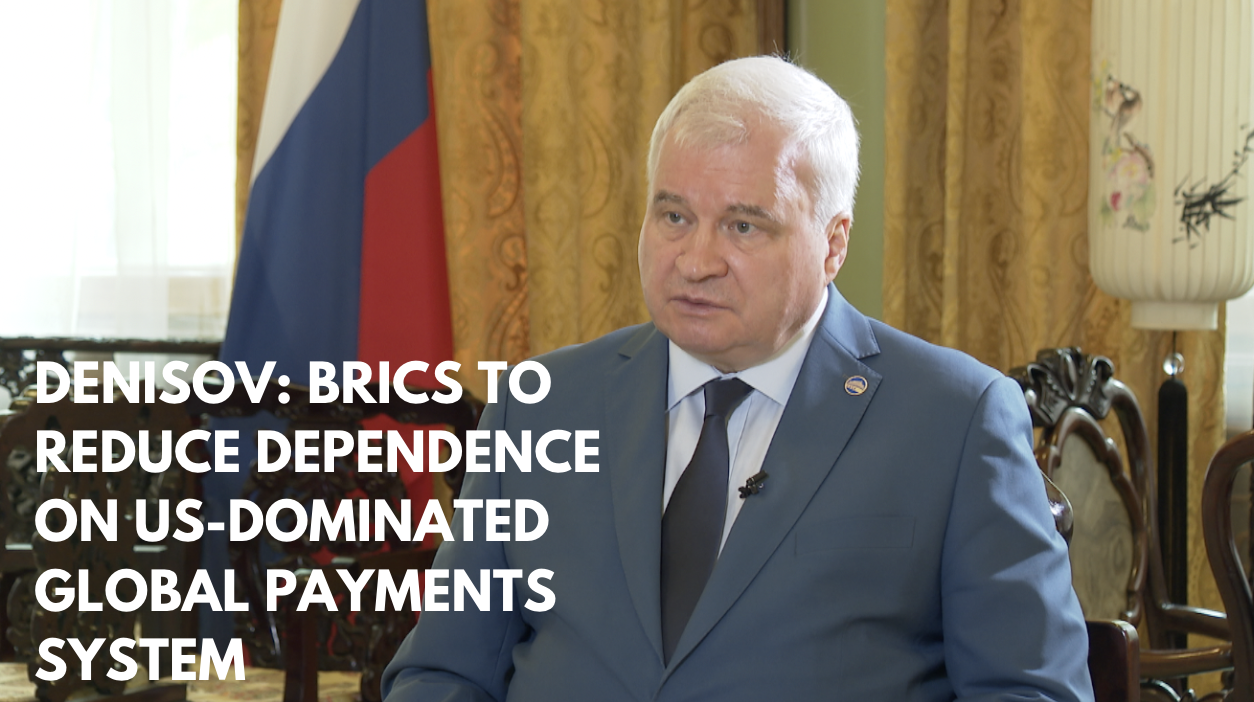 The following excerpts from the interview have been edited for brevity and clarity.

CGTN: The theme of this year's BRICS summit is "Foster High-quality BRICS Partnership, Usher in a New Era for Global Development". What's the significance of this agenda and what’s your expectation?

Denisov: Our expectations are great, and preparatory work gives us reasons to have high expectations.

The world situation is very vulnerable, that's why whether we like it or not, all the BRICS activities have to reflect vulnerabilities. That's why our main desire, our main objective is how to withstand and how to resist those vulnerabilities and how to mitigate the impact of the current situation on the development of national economies of our countries, and regional and global economies as a whole.

CGTN: BRICS initially focused on economic and regional affairs, but it's now expanding cooperation in politics and security as well. What do you think BRICS members can do to boost regional security?

Denisov: The initial stimulus and motive to set up the group was economic, and coordination of trade and economic policies, but life is life, how can we avoid, skip dealing with political and security issues in this vulnerable world? So that's why politics and security cooperation is one of the priorities of the whole BRICS agenda.

This year, in particular, we have convened quite a number of meetings together with international institutions like, for example, the UN Office of Counter-Terrorism, which was very good, very helpful to the BRICS countries [on] how to deal with counter terrorism in global scale.

CGTN: As the conflict between your country and Ukraine continues, we've seen the U.S. impose a slate of sanctions to strangle Russia's economy. What do you think BRICS members can do to reduce dependence on the U.S. dollar and protect themselves against U.S. economic pressure?

Denisov: Nobody can deny for a group of countries, we call it "political West" is the reason, motive and opportunity to maintain superior position in global economy, to pretend to carry further their hegemonic approach in international politics, that the Ukrainian conflict is an instrument for these countries, to distort Russia's economy, to bring it to distortion and suffocation, that's reality.

And we face it with open eyes. One of the side effects of this policy is the fact that more and more countries can see that aggressive approach can be moved towards them as well, those who pursue this kind of hegemonic policy will never stop to break any agreement to break any cooperation mechanism, in order to achieve their goals, sometimes it even hurt themselves and don't stop, because the sanctions they imposed on Russia, my country, sometimes hurt them, bring harm to their economies, and that’s where I can remind a very good Chinese saying "to lift stone only to drop on their own feet."

The role and the force of U.S. dollar as international currency is going down now and we need to replace, to substitute something which can work, not just absence, because it is very far to seek to go to the absence of U.S. dollar, but if it goes weaker, then we need to substitute in order to prevent economic loss, that's just pragmatic, non-political and timely demand for all the countries, for economies engaged in global, regional economic cooperation.

Denisov said all five BRICS countries had major roles to play not only within the group and in their respective regions, but globally. 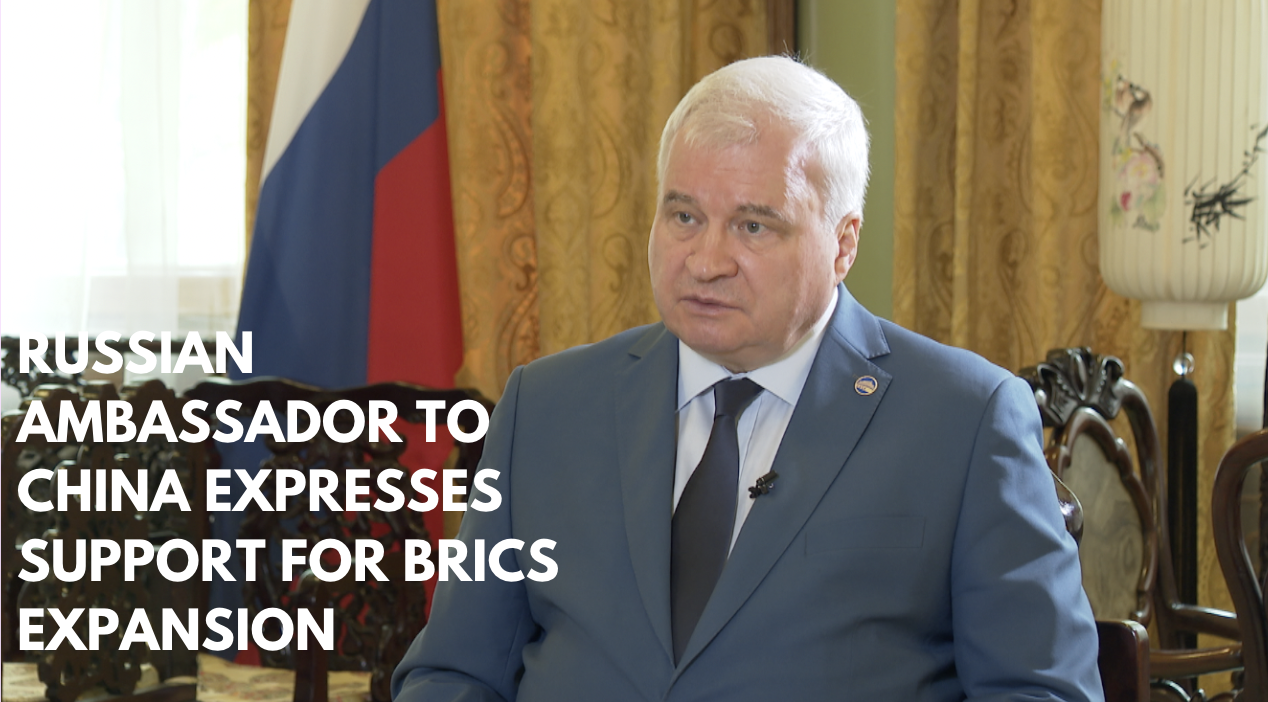 CGTN: Chinese President Xi Jinping said: "It is more than ever important for emerging markets and developing countries to strengthen solidarity and cooperation. The five BRICS nations need to engage in dialogue and exchanges with more emerging markets and developing countries." The BRICS bloc is supporting this policy. What's your view on BRICS expansion?

Denisov: We support the idea. In today's turbulent world, countries need to coordinate their politics and if they feel there's a need to keep closer to each other, then why don't do it?

In the international institutions, groups and organizations, there's a kind of dividing on different groups, and launching some kind of discussion, which led to practical results only if they're resolved on majority, but it is not the way to find out proper decisions in international organizations based on majority only, because the key is consensus, the key is common view, the key is agreement, how to deal on collective bases with threats and challenges of time of the 21st century.

China and my country and other member states will understand that it's a process. We need to select, we need to determine which countries are both ready and eager to be members, then we can launch a process which also takes time, because it is a judicial process. Countries engaged, they need to join all the agreements, all the documents, all of the basic principles of functioning of BRICS.

CGTN: Russian Deputy Foreign Minister Sergey Ryabkov said that BRICS will form the foundation of a new world order, saying "the BRICS states, totaling almost half of the world’s population and accounting for a large chunk of the global GDP, will be among the backbones of the new emerging world order." How much potential does the BRICS bloc have as a group?

Denisov: BRICS now have five members now. Those five members are big countries, some they mention, biggest in the world. The share of BRICS in global population is 42 percent, and global space is more than 25 percent.

So that's why five countries only, but a good part of the globe belongs to them. All of us have plenty of natural sources, all of us place a significant role in both world economy, global and regional politics.

All the countries, like Brazil in Latin America, South Africa on African continent are regional leaders, which strongly affect all the regional policies and performance in their regions. Let alone China, India and my country Russia which also play a role in international economy, international security system in the UN activities and so on.

So one day in the nearest future, both China and India will go ahead of the current world economic leader. It doesn't mean that leadership is overwhelming. No, there are some areas where other countries play very significant role and I think that the United States will never, at least in a reasonable future, foreseeable future, will not lose its leading role in technologies and modern technologies, in finance. But at the same time, China and India and my country as well, let alone South Africa and Brazil, are playing significant roles already. To pave the way to the future is not an easy task. But for our countries, five of them, is quite workable.