Download
Finding True America: To fight or to be silent
CGTN 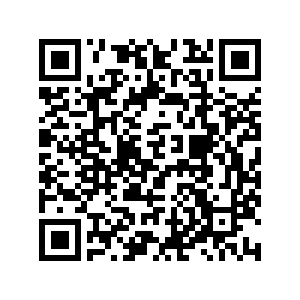 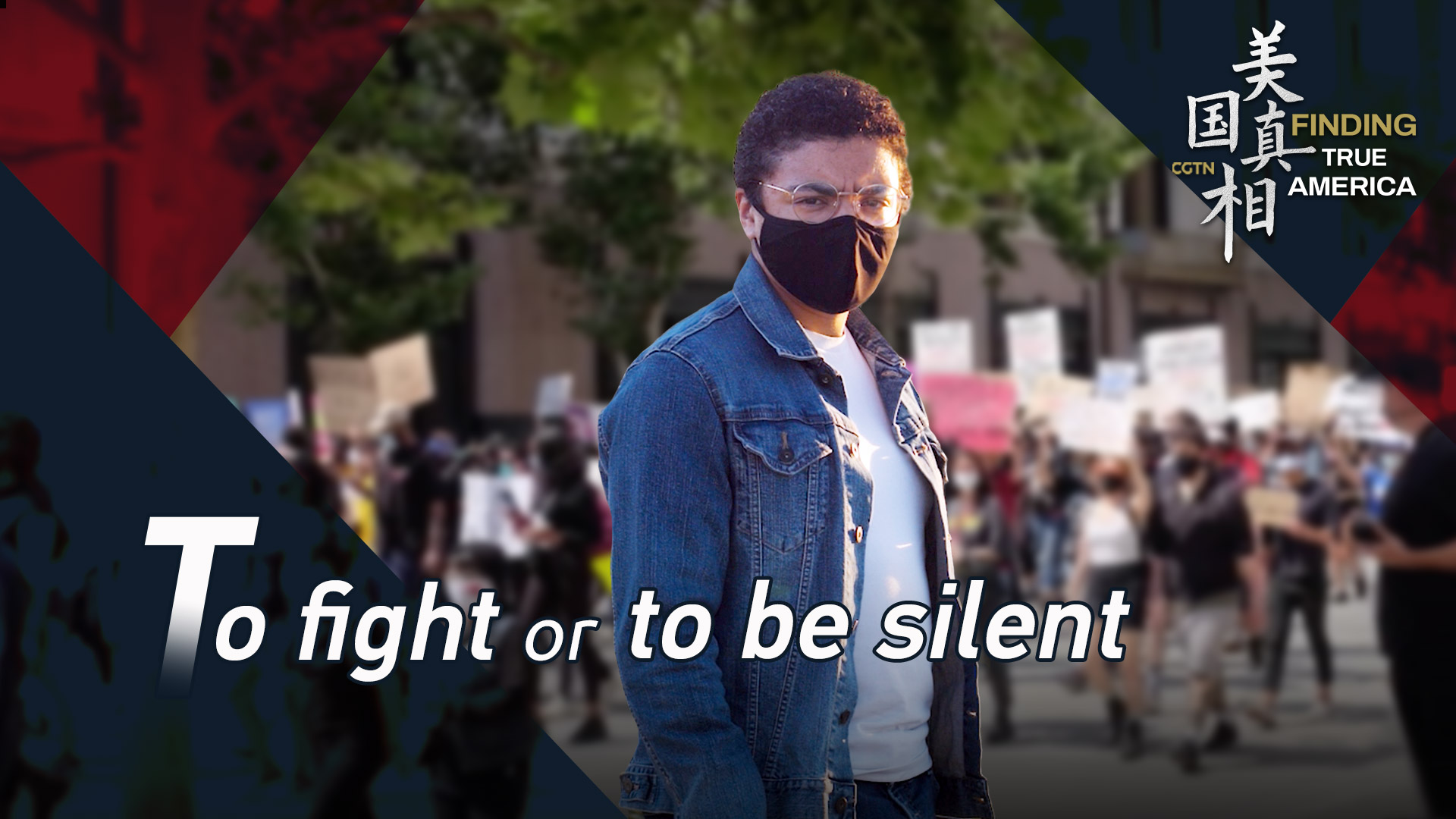 On July 2, 1964, President Lyndon Johnson signed the most sweeping civil rights legislation of the century – the Civil Rights Act. It was the culmination of the decade-long civil rights movement and a moment of profound significance for the Black community in the U.S., who had long struggled to earn what was rightfully theirs.

Many thought the new law would usher in a new America, but unlike what they envisioned, the historical woes that had scourged the Black community have not waned and are still prevalent today.

From Michael Brown Jr to George Floyd, the unjust police conduct that has led to the tragic deaths of an ever-growing list of Black people has rekindled a galvanizing spirit among racial minorities across the country. The Black Lives Matter (BLM) movement, which prevailed throughout the 2010s and continued until today, has driven an overwhelming number of people to voice their frustration.

Take Black American James Austen: he seems to have gone through a personal transformation, from a reluctance to relive the trauma of what he considers normal in America to assuming an active role in pursuing racial justice.

Austen said his shift in attitude was inspired by his friend Willa, an Asian American who decided to go out and protest on her birthday. Like Austen, Willa belongs to a minority group that also faces the horrific consequences of racism in the country, especially after the emergence of COVID-19. According to the Federal Bureau of Investigation, hate crimes against Asian people living in the U.S. grew by 77 percent from 2019 to 2020. And during the period between March 2020 and June 2021, at least 9,000 anti-Asian incidents were recorded by the advocacy group Stop AAPI Hate.

In the face of growing bigotry fueled by the pandemic, the Asian community has arranged patrols in their neighborhoods and organized protests calling for more protection. Moved by such passion, Willa said she could no longer "continue sitting at home and just watching on TV when it was happening, like right outside our windows." 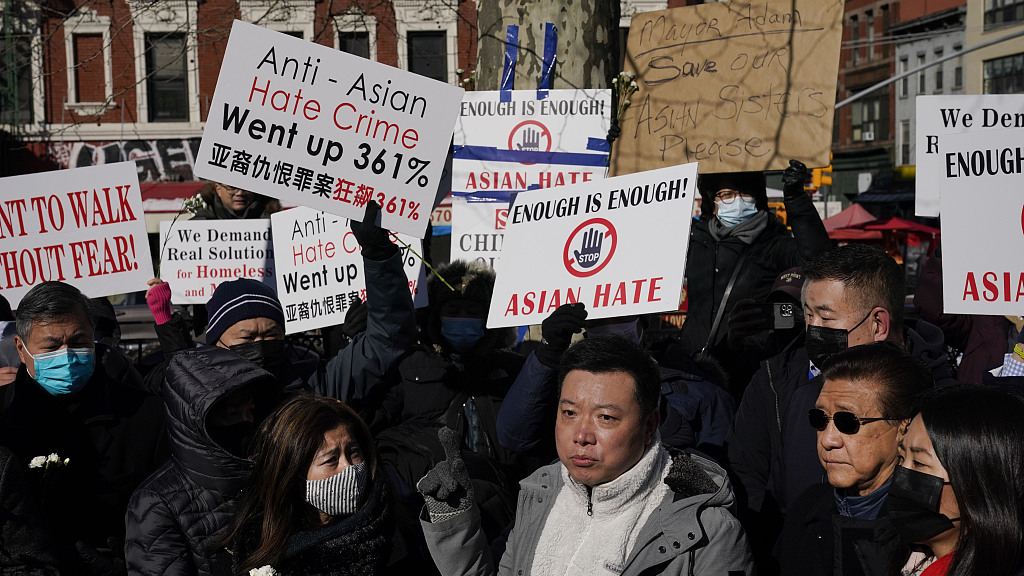 People hold signs during a rally in response to the killing of Christina Yuna Lee in the Chinatown section of New York, Monday, February 14, 2022. /CFP

People hold signs during a rally in response to the killing of Christina Yuna Lee in the Chinatown section of New York, Monday, February 14, 2022. /CFP

Racism towards Asian Americans and the subsequent action taken by the community is a prime example of how downtrodden, mistreated minorities go from being silent to participating in protests and demanding real change. These voices have sometimes prompted government action to address the problems. In January, President Joe Biden signed an executive order promoting equity and justice for Asian Americans, Native Hawaiians, and Pacific Islanders.

But, in mirroring the experience of the civil rights movement, Asian Americans have found it hard to eliminate the root cause of their plight. And in the case of the BLM movement, it has failed to secure a wholesale system overhaul, despite notable progress over the past two years.

In the aftermath of the George Floyd protests, state legislatures across the country have passed a wide range of legislation aimed at police reform. These included mandating the use of body cameras, removing certain police privileges and making it easier to file lawsuits against officers. BLM has also gained unprecedented support among whites Americans and sparked conversations worldwide about racial justice and diversity.

However, racially discriminatory policing still ripples across the country, with incidents such as excessive, and sometimes deadly, use of force against African Americans reported frequently. In Minneapolis, where Floyd was murdered, the city's police department has targeted Black people in many forms, according to an investigation released in April by Minnesota's Department of Human Rights. It cited more frequent traffic stops, severer use of force and excessive citations of Black individuals in the city.

Despite a presidential decree on reforming federal agencies, Congress has failed to pass any major legislation on police reforms, which activists say are needed to tackle police brutality.

Still, the scale and influence of the BLM movement have been so remarkable that many have compared it with the civil rights movement. But unlike in the 1960s, when the struggle was against overt racist policies, "the Black Lives Matter fights are much more subtle," Stanley Krishner-Breen, a freelance reporter, wrote on medium.com. "BLM wants to completely restructure political systems such as Law Enforcement and the Prison Industry. These are very complicated systems that cannot easily be changed by repealing one individual law or one Supreme Court decision. The BLM movement is more concerned with changing the framework for how politicians discuss and treat race than it is with changing individual laws." 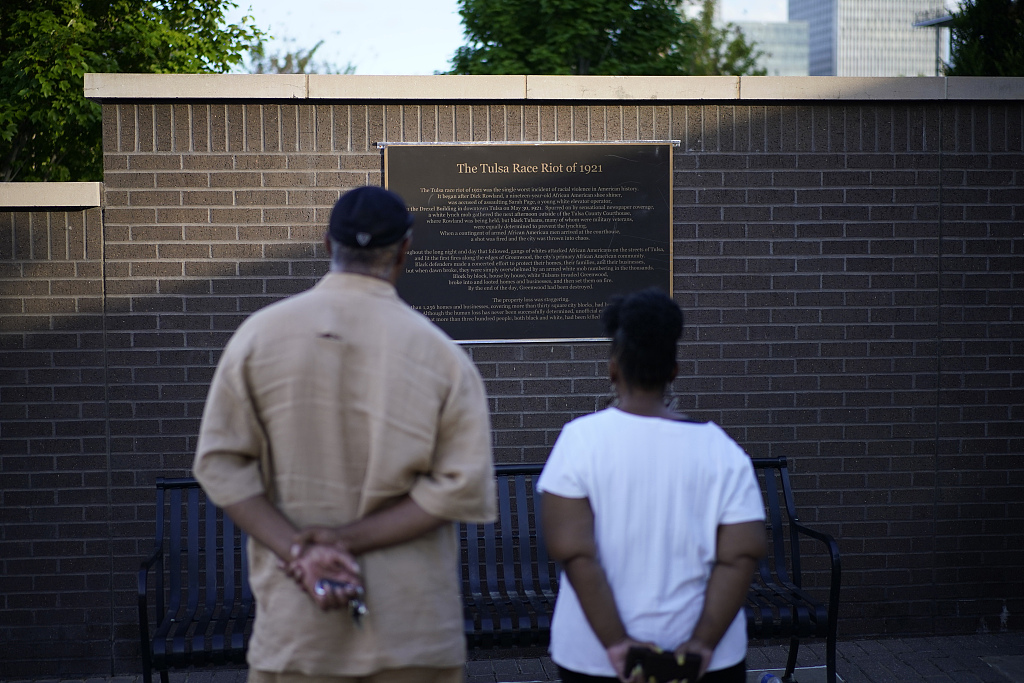 Observers have noted that the overall impact of Floyd's death, once placed in a historical context, might be limited, as racism in its covert versions is hard to eradicate. A survey by Jennifer Chudy, a political scientist at Wellesley College, found that even people who were quite progressive on race issues harbored private preferences when making choices that affect their daily lives.

For African Americans and other minorities alike, these social predicaments must end, or the feeling of suffocation will endure.

"Many of the same types of incidents and things that I saw growing up are still continuing," Austen's mother said. "How can I protect my child from the world if I don't tell my child about the dangers and the vulnerabilities that they have been darker-skinned in the world?... I have to tell you this is a speech that almost Black parents have with their children. When you are approached by a police officer, no sudden moves, no hands on the wheel."

The fight by minorities is not over; there is still a long way to go. A filmmaker in Los Angeles, Austen seems to have found a new mission.

"Let's get involved in a very local way and see what we can change just in our neighborhood," he said. "Can we share ideas and influence one another and be more accepting of the people in our own lives first, before we try and do something in a big, big way? That's what I hope to do with my own filmmaking and kind of turn them into places of conversation."