Download
Is Russia a powerful country or victim of injustice?
Nikola Mikovic 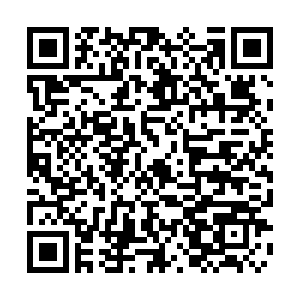 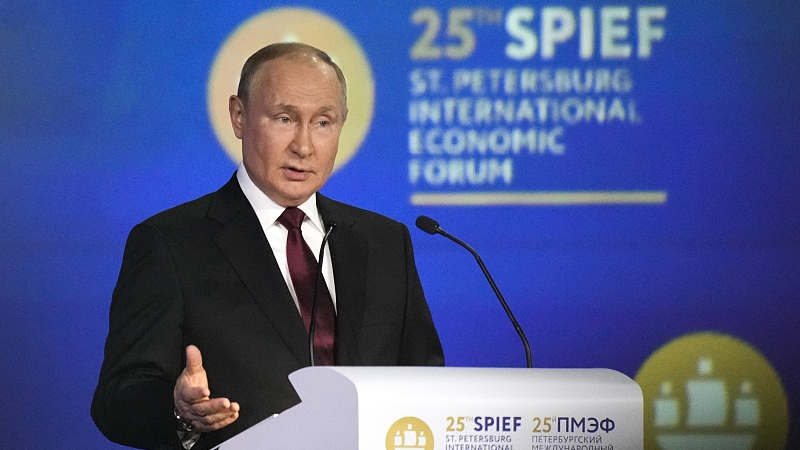 "Only strong and sovereign states can have a say in this emerging world order, or they will have to become or remain colonies with no rights," Russian President Vladimir Putin said at the plenary meeting of the St. Petersburg International Economic Forum on June 17. Indeed, history is showing that it is might that makes right, which means that if Russia does not achieve all of its goals in Ukraine, the United States and its allies will not respect and treat Moscow as a strong and a sovereign country.

According to the Russian leader, the modern world is undergoing an era of fundamental changes. The St. Petersburg economic forum illustrated all the changes that Russia is going through. Last year, representatives from 141 countries participated in the forum. This year – only 69, including self-proclaimed "Donetsk People's Republic" and "Lugansk People's Republic."

In the past, it was hard to imagine that they would ever participate in "Russia's answer to the Davos Forum". Now leaders of the "republics" are treated as VIP guests, while the governors or various Russian regions discussed with them the reconstruction of Mariupol, as well as other cities in the war-torn entities.

Moreover, during all previous economic forums in St. Petersburg, Western corporations were the ones that played the major role, and they were granted special treatments. In 2022, Russian companies and authorities from various regions of the Russian Federation signed agreements that could have a positive impact on the development of the Russian economy. In other words, Russian industry is expected to start working for the domestic market, rather than to rely on exports for revenue.

"Russia must reduce its decades-old reliance on exports of raw materials and stimulate private enterprise to avoid slipping back towards a Soviet-style technological lag with the West," said Elvira Nabiullina, head of the Russian Central Bank.

But in order to change the main vector of its economic policy, Russia will have to transform its economy, which is a long-term process. The West, for its part, will continue imposing sanctions on the Russian Federation and continue pressuring countries world to reduce or break off economic ties with Moscow.

Putin, for his part, claims that the Kremlin will "never take the path of self-isolation, and will focus on expanding interactions with nations who want to work with Russia." Egypt, Mali, Turkey, Syria, and Afghanistan are some countries that openly showed their ambitions to develop economic cooperation with Moscow.

This year, no official representatives from "unfriendly nations" – those that imposed sanctions on Russia – participated in the "Russian Davos," which indicates that the Kremlin plans to pay more attention to economic cooperation with Asian and African countries. 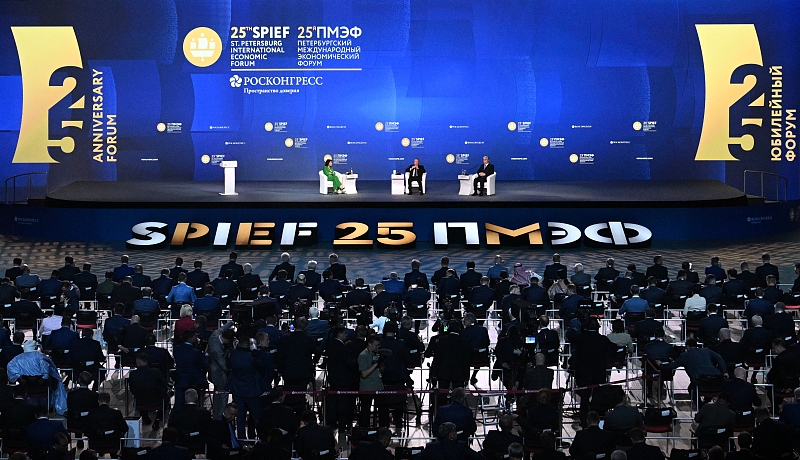 According to Putin, Russia stands ready to boost its exports of grain and fertilizers, and deliver food exports to Africa and Middle East. However, the problem for Moscow is that the conflict in Ukraine – especially if it drags on for a long time – could have a significant impact on the Russian economy, and force the Kremlin to make some unpopular moves.

For instance, if the West continues supplying Ukraine with weapons, sooner or later Russia will have to change its strategy and declare at least a partial mobilization in order to achieve all the goals of its "special military operation." Such an action would mean not only deploying additional troops to Ukraine, but also a mobilization of Russia's military industry, as well as other segments of the country's economy.

At this point, it remains uncertain if the Russian business, and also the country's political leadership, is ready to make such a radical move. But given that the United States and its allies will continue backing Kyiv and its armed forces, military developments in the Eastern European country could soon force Moscow to change its approach vis-à-vis Ukraine.

While Russian leaders were preoccupied holding the economic forum in St. Petersburg, representatives from more than 50 nations pledged to get more military capabilities into the hands of Ukrainian forces. Thus, the West and Ukraine are determined to continue fighting, which means that they will raise the stakes and cross Russia's "red lines." How will Moscow react?

"Russia is entering the new era as a powerful and sovereign country. We will make sure to take advantage of the new tremendous opportunities that this era is opening for us and will grow even stronger," Putin stressed, accusing the West of "colonial arrogance" and trying to crush his country with sanctions.

The United States and its allies will not treat Russia as one of major world powers if its leadership does not take all necessary steps to demonstrate Russian strength, but continues complaining about the injustice of the West.

As Sun Tzu, the ancient Chinese military strategist, wrote in his book The Art of War around 2500 years ago: "If you fight with all your might, there is a chance of life; where as death is certain if you cling to your corner."

The ball is once again in the Russian court.