Download
The desperate Fed and a turbulent world
He Weiwen 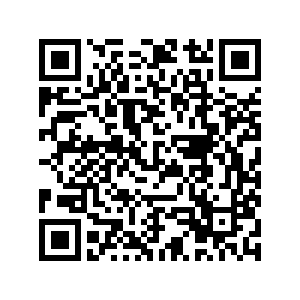 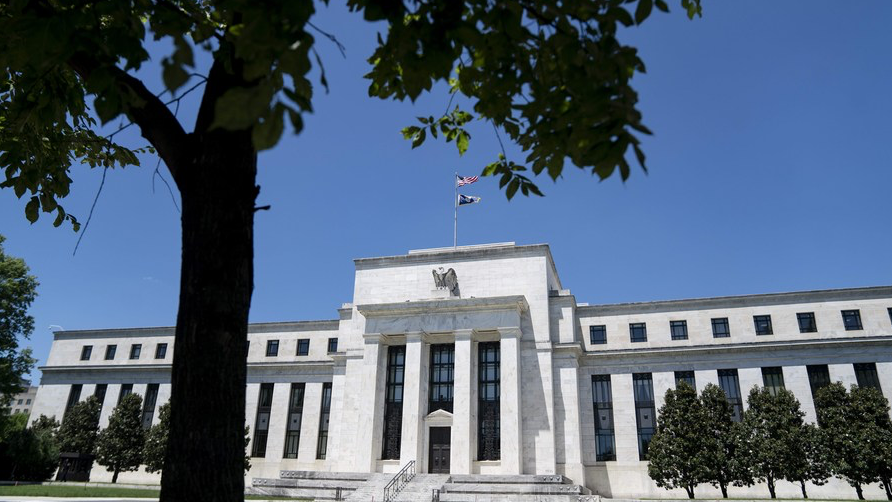 Editor's Note: He Weiwen is a senior fellow at the Center for China and Globalization (CCG). The article reflects the author's opinions and not necessarily the views of CGTN.

The Federal Open Market Committee (FOMC) raised its federal rate by 75 basis points (bps) on June 15, the largest rate hike in 28 years. The U.S. Federal Reserve (Fed) has been in a desperate position trying all its munition to fight skyrocketing inflation, the worst in 40 years.

The Fed has made two mistakes so far. The first was made in March, 2020 after the outbreak of the COVID-19 pandemic and the stock market crashed. The Fed was in a hurry to deploy all its munitions: cut the federal rate to zero overnight and started the unlimited quantity easing. As a result, when the inflation came, the Fed had run out of tools.

The second mistake was the poor assessment of the current serious inflation pressures. Until last August, when the CPI had already hit 6 percent, Richard Clarida, Vice Chair of the Fed, said that the Fed will commence normalizing monetary policy in 2023. By early 2022, the rampant inflation caught up with the Fed unprepared, compelling it to raise the federal rate in March, by only 25 bps, when the February CPI broke 8 percent. It was too late.

The Fed decided another 50 bps rate hike in its May meeting, followed by the current 75 bps hike. However, the doses were still far from enough. In May, the CPI hit 8.6 percent, very close to the 9.1 percent in 1980 when the Fed was led by Paul Volcker.

It has been widely expected that the Fed will raise the federal rate by 50 bps each at its July and September meetings, and by 25 bps each at its November and December meetings, making the federal rate at 2.75 to 3.00 percent by the end of 2022. Still, if the inflation fails to ease in the coming months ahead, which looks most likely, the Fed will likely decide sharper rate hikes.

The Fed's drastic rate hike triggered similar rate hikes by other central banks the following day. The Bank of England raised the bank rate by up 25 bps (the fifth hike), and the Central Bank of Switzerland by 50 bps. European Central Bank (ECB) made clear that it will raise bank rate at its July meeting and offered new bond investment tools.The Central Banks in Canada, New Zealand, South Korea, Argentina and Sri Lanka had rate hikes in April already.

The hectic Fed rate increases and subsequent hikes by other central banks are throwing the world into turbulence with a sharp economic slowdown and even a high possibility of widespread recession, capital flows out of many developing countries, and looming large scale debt crisis similar to that in 1980's. 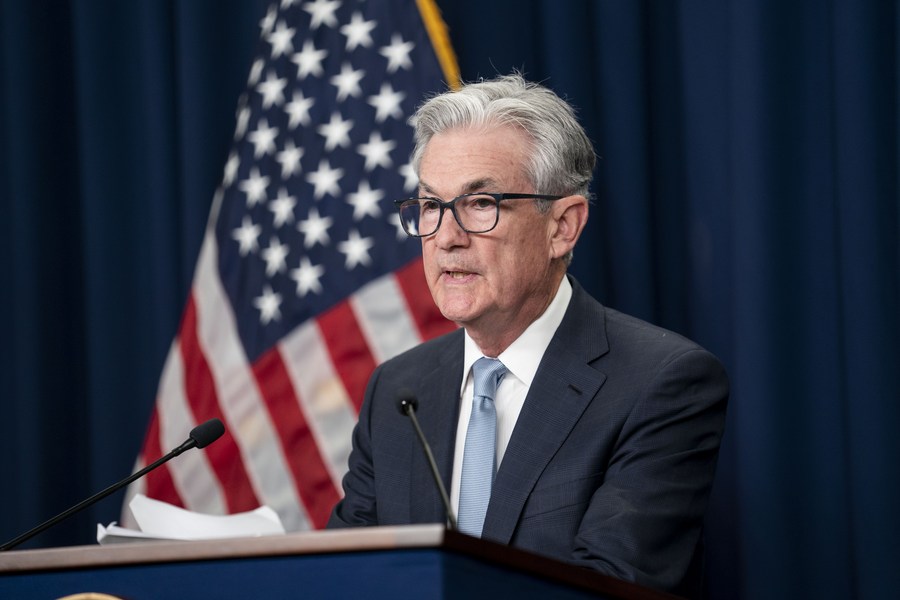 Entangled by the Ukraine crisis and the subsequent energy and food prices soaring, the U.S. and European economies have been weakening over the past months. The U.S. suffered 1.5 GDP fall in the first quarter (Q1), 2022. And EU economies have come to a standstill.

World Bank revised downward its estimate of the world's GDP growth rate to 2.9 percent for 2022 in its latest report on June 7. A recent survey by the Fiancial Times and Chicago University Booth's School of Business on 49 leading economists shows that, 70 percent of them estimated U.S. recession in 2023.

On the other hand, the high inflation will not disappear by 2023 as it usually takes two years or even longer to bring down the inflation rate to 2 percent. The drastic rate hikes by Fed in 1979 and 1980 dragged down the GDP growth rate from 5.5 percent in 1978 to a negative growth rate in 1981 with the CPI returning to 3 percent as late as 1983.

A more turbulent effect of the rate hikes in the U.S. and other developed countries is the high risk of an extensive sovereign debt crisis. The Fed rate hikes lead to a stronger dollar and depreciation of many developing economies' currencies.

From the start of 2022 to June 10, the U.S. dollar has gained between 5.0 to 5.4 percent compared to the Chinese yuan, Indian Rupee and Malaysian Ringgit but 14.5 percent to the Venezuelan Bolivar, and 76.4 percent to the Sri Lankan Rupee. That's leaving the latter in a sovereign debt default position, only turning to the IMF for a rescue. Even before the recent Fed rate hike, the high world energy and food prices had placed a dozen low income countries on the brink of debt crisis, and the desperate Fed gives them a decisive push.

David Malpass, World Bank President, said that 60 percent of the 75 world's poorest economies are already having or facing major debt crisis. If it develops in that direction that will be the largest and most severe developing world debt crisis in over 30 years.

The Chinese economy looks relatively safe due to its sound economic fundamentals, low inflation and adequate official exchange reserves. There has been little sign of capital outflows but more signs of capital inflows. China recorded a net capital inflow of $4.7 billion in May, 2022.

Facing the world economic and financial turbulence, China must do better at keeping its domestic economy robust. Meanwhile, it needs to take more international responsibilities and adhere to multi-lateralism.

China should appeal and work hard within the IMF, World Bank and G20, for more intensive world coordination in macro and financial policies, for more regional balance of payment contingency arrangements, and for more debt relief on debt crisis hit Low-income Developing Countries (LIDCs). The second half of 2022 will be a crucial period. We have to get prepared for the coming challenges that await all of us.