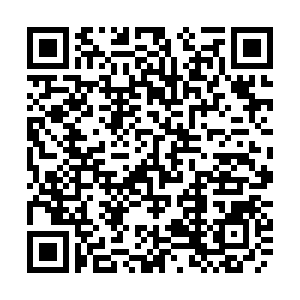 Editor's note: Alexander Ayertey Odonkor is an economic consultant, financial analyst and economist. The article reflects the author's opinions and not necessarily the views of CGTN.

A recent survey conducted in 15 African countries by the Ichikowitz Family Foundation, a Johannesburg-based non-profit organization, has found that a whopping 77 percent of the young African respondents consider that of all the foreign actors wielding significant influence on the continent, China has the biggest impact. It is by far greater than the impact of the United States, the European Union and the World Trade Organization. Asked whether the influence was negative or positive, 76 percent said it was positive.

Those who see China's influence as positive in Africa point to the affordability of Chinese products, Chinese investment and assistance for infrastructure development, and the Chinese market as a key export destination. Then there is also Chinese training and skill development for local workers and the job opportunities China has created in their countries, a top concern for youth overall. Youth unemployment is a major challenge on the continent, and China's unique contribution towards addressing this pressing issue is outstanding.

For more than a decade, China has been creating the highest number of job opportunities in Africa, far more than any other foreign country. Data from Statista show that between 2010 and 2019, Chinese foreign investment projects created about 18,600 new jobs annually, the highest for a single country during this period. The United States came second, followed by France, Turkey and the United Kingdom.

But in spite of this, China is accused by some countries, notably the U.S., of sending Chinese workers to Africa to take over the jobs created by Chinese investment. However, the reality is that local workers account for the vast majority of the staff in Chinese companies across diverse industries. The ongoing construction of the Nairobi Expressway undertaken by the CRBC in Nairobi, Kenya, February 10, 2021. /VCG

The ongoing construction of the Nairobi Expressway undertaken by the CRBC in Nairobi, Kenya, February 10, 2021. /VCG

China's commitment to job creation and training and development of local workers in Africa has lifted many households from abject poverty and improved the standard of living for millions. Yet this is not the only remarkable contribution. China's infrastructure development footprints are seen across countries, strengthening access to healthcare and education, enhancing water and energy capacities, promoting trade, and accelerating economic transformation.

This has resulted in mitigating inequality, alleviating extreme poverty, and improving the well-being of people. It would have been extremely difficult for Africa to make this progress without China's consistent and huge investment in the region's infrastructure development projects.

Between 2007 and 2020, the Export-Import Bank of China and China Development Bank provided $23 billion for infrastructure development projects in sub-Saharan Africa while all other major development finance institutions collectively provided $9.1 billion. This indicates that China is Africa's most reliable and largest foreign infrastructure investor.

Without China's massive investment in infrastructure development projects, the continent would not have benefited from improved transport networks, enhanced energy systems, and augmented information and communications technology (ICT) capacities.

Chinese-built railways, roads, ports, airports, bridges and ICT facilities across urban and rural areas are fostering productivity and growth in various industries, including agriculture, the backbone of the African economy.

With enhanced internet connectivity, spearheaded by Chinese telecom company Huawei, increased phone penetration thanks to affordable Chinese smartphones, and improved transportation mobility, farmers in remote and rural areas can access markets both physically and online via e-commerce platforms. This transformation has not only bolstered productivity and reduced postharvest losses, but also increased incomes.

Similarly, rural and urban residents are accessing digital healthcare and online education supported by Chinese-built ICT, energy and water facilities. Ultimately, these contributions have shaped Africa's perception of the Chinese – the reason why a whopping majority of the youth say China's impact on the continent is positive.