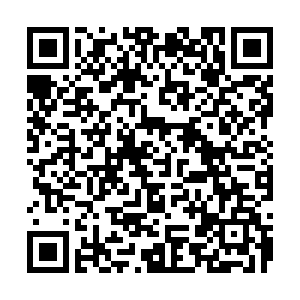 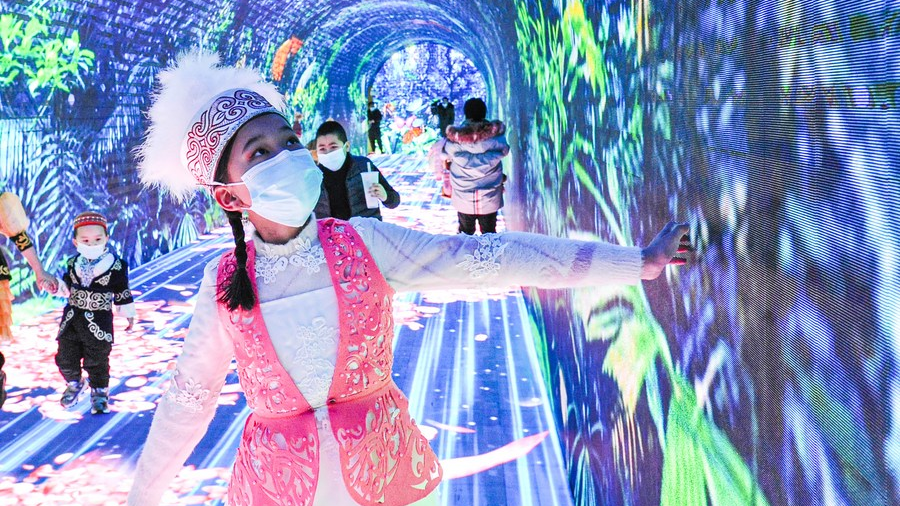 One may easily conclude that it is increasingly daunting to serve as a high-rank official at an international organization these days after observing how the great power competition vigorously promoted by the U.S. has been steadily unfolding in recent years.

The unfounded accusations, intimidation and emotional blackmail, have been so far aimed at World Health Organization's Director-General Tedros Adhanom Ghebreyesus for allegedly turning the United Nations' health agency into a "puppet of China" during the worst days of the COVID-19 pandemic, and International Monetary Fund's Managing Director  Kristalina Georgieva for supposedly being"directly involved in efforts to improve China's ranking [in the Doing Business Report]" during her time as the Chief Executive of World Bank.

Most recently, a pretty similar template has been applied to UN High Commissioner for Human Rights Michelle Bachelet, who, after the two sides officially confirmed her trip in March, visited China between May 23 and 28.

Despite the historic significance of Bachelet's journey (keeping in mind that it was the first of this kind made by the UN human rights chief since 2005), the U.S. could not refrain from criticizing her decision by finding multiple excuses first to try to discourage, and then to shame the UN official for not heeding Washington's warning. 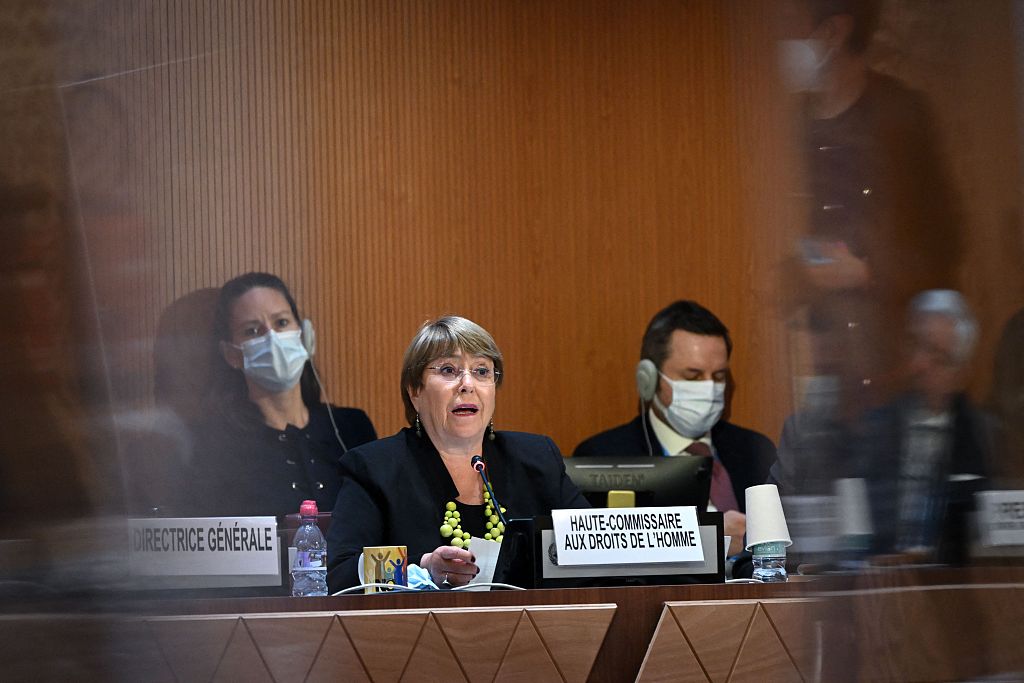 United Nations High Commissioner for Human Rights Michelle Bachelet delivers a speech at the opening of a session of the UN Human Rights Council in Geneva, February 28, 2022. /VCG

United Nations High Commissioner for Human Rights Michelle Bachelet delivers a speech at the opening of a session of the UN Human Rights Council in Geneva, February 28, 2022. /VCG

Notably, before Bachelet even departed for China, she was accused by the U.S. State Department of "continued silence in the face of indisputable evidence of atrocities" in China's Xinjiang Uygur Autonomous Region and "other human rights violations and abuses throughout" the country. Moreover, she was also reprimanded for failing to publish the long-awaited report on the situation of Uygurs and other Muslim minorities in China's western region drafted by her staff.

Although she made pretty clear that her trip would not serve  as an "investigation" which would have eventually suggested a presumption of Beijing's guilt, many human rights advocates and institutions in the West have embraced an über-confrontational approach.

When it comes to human rights issues, emotional intelligence, sensibility and respectful dialogue – instead of patronizing lecturing and outlandish accusations – are of utmost importance. In fact, Bachelet has managed to champion the required qualities to fulfil her duties in the best possible way – concerning the "closed-loop" nature of her visit dictated by the health and safety issues related to the COVID-19 outbreak in China – and effectively enhanced the much needed dialogue and cooperation with Beijing on the human rights topic.

"For me, it is a priority to engage with the government of China directly, on human rights issues, domestic, regional and global," the UN official said in her opening remarks during a meeting with President Xi Jinping.

Therefore, can Bachelet's trip to China really be described as a "mistake," as the U.S. suggests, or is it a harmful exaggeration?

To answer this question correctly, we have to put this statement into perspective – namely, the fact that behind the closed doors, the U.S. believes "that nothing is wrong about Xinjiang" and the "hype" that is publicly created about China's alleged human rights abuses serves as "an effective measure to separate Xinjiang from the global industrial chain," as two officials from the U.S. consulate in Guangzhou, south China's Guangdong Province, confirmed at a reception in 2021.

It makes perfect sense if we take into account the very nature of the so-called Uygur Forced Labor Prevention Act that President Joe Biden signed into law last year, the sole purpose of which is to ban all imports from Xinjiang on the basis of a "rebuttable presumption" that they were produced in "forced labor" conditions. Interestingly, among other things, the high priority for enforcement action is given to cotton and polysilicon used in solar-panel manufacturing.

It is worth noting that the new rules are set to take effect on June 21, but the way the federal government implements them is quite astonishing.

There is no information on what kind of evidence will be required to be provided within 30 days to be granted an exception to free cargoes from the U.S. ports. Furthermore, the burden of proof has been shifted from the government to importers – effectively suggesting that everyone is guilty until proven innocent.

While it does not make much legal sense, it does not make economic sense either. As Customs and Border Protection's regulators are warning, the new rules "will likely exacerbate current supply-chain disruptions," ultimately translating into more shortages and price hikes for the average U.S. consumer already coping with the highest inflation in 40 years.

In other words, the U.S. is willing to risk disrupting its own economy in an attempt to "hobble China's development."

As University of Oxford's Professor Jeanne Morefield wrote in her outstanding review of "The Morals of the Market: Human Rights and the Rise of Neoliberalism" book, written by Jessica Whyte, "Co-opting the once revolutionary concepts of universal human rights, neoliberals refashioned the idea of freedom by… turning it into a weapon to be used against anticolonial projects all over the world."

Maybe that is the reason why Cuba, on behalf of 69 countries, recently condemned interference in the Middle Kingdom's internal affairs at the 50th session of the UN Human Rights Council.