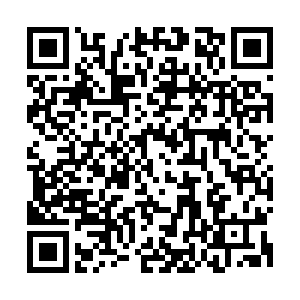 It is 20 years since the chief economist of Goldman Sachs, Jim O'Neill, invented the BRIC economic grouping – Brazil, Russia, India and China – with South Africa added later making up the BRICS.

Right from its first communique in 2009, BRICS made it clear that in the face of the existing international structures, the five countries would offer its members a forum for "cooperation, leadership, and information-sharing."

In the past 16 years, BRICS cooperation has been driven by "the three wheels of economy and trade, political security and people-to-people exchanges" through China's initiatives, said Wang Lei, the director of the BRICS Cooperation Center at Beijing Normal University.

The trajectory of BRICS shows that it has brought both functional and tangible benefits to its member states by providing the information-sharing platform and offering forum focusing on issues of mutual interest like the economy, national security and public health.

On June 9, 2022, two weeks before the 14th summit of 2022, to address issues close to poverty reduction and food security, the BRICS countries agreed to establish an annual mechanism, the BRICS Agriculture and Rural Development Forum, at the 12th Meeting of BRICS Ministers of Agriculture. 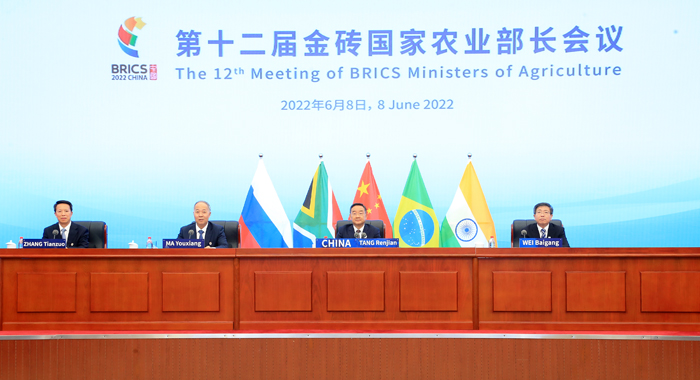 The 12th Meeting of BRICS Ministers of Agriculture was held via video link in Beijing, June 8 2022. / China's Ministry of Agriculture and Rural Affairs

The 12th Meeting of BRICS Ministers of Agriculture was held via video link in Beijing, June 8 2022. / China's Ministry of Agriculture and Rural Affairs

At BRICS Foreign Ministers' meeting on May 19, 2022, ministers have confirmed consensus over multiple issues related to security and expressed support for Russia-Ukraine negations, stressing the UN should continue to play a core coordinating role in combating terrorism in all its forms. 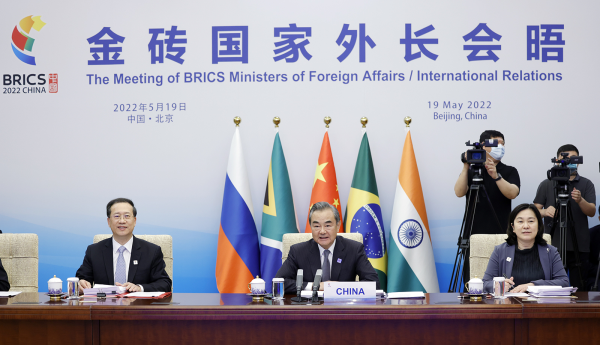 As for national and transnational security issues, BRICS have kept communication channels open, with national security advisors of each country meeting regularly since 2009. In 2016, prior to the BRICS summit, the heads of the member countries' anti-narcotics agencies met to discuss and adopt best practices and form an anti-drug working group.

BRICS made good on its 2012 promise at the Delhi summit to create new financial institutions and establish the New Development Bank (NDB).

According to the 2020 annual report of NDB, as the bank focused on assisting the member countries in dealing with the crisis and following economic recovery, reflected by its Board of Governors approving an emergency line of up to $10 billion to assist the BRICS states, the intra-BRICS cooperation during the COVID-19 pandemic has strengthened.

Cooperation between BRICS countries is also achieved among government-affiliated institutions, civil society and people-to-people in areas of culture, education, and technology.

As a bioscope that would showcase distinct cultures and arts from the participating countries, BRICS Film Festivals helped to "explore areas of cooperation in the domain of arts, culture and cuisine," Venkaiah Naidu, Minister for Information & Broadcasting of India, said.

During the 2017 BRICS Film Festival held in Chengdu, China, some Indian films like "Baahubali: The Beginning" and "Turtle" won big, both critically and financially in the Chinese market. 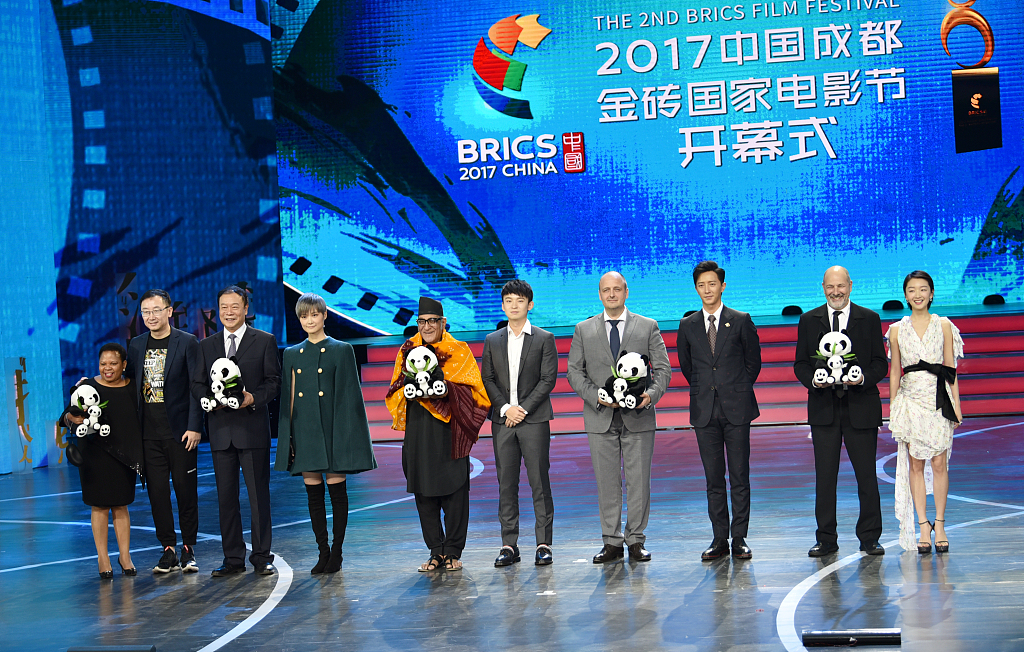 In May 2022, the BRICS countries launched a joint committee on space cooperation, encouraging cooperation on the BRICS Remote Sensing Satellite Constellation.

A platform for "cooperation, leadership, and information-sharing"

Speaking highly of the BRICS mechanism, Argentine President Alberto Fernandez said in an open letter in May, 2022 that the group is a "cooperative alternative to a world order that has been working for the benefit of a few."

In the face of a century of changes and epidemics, the BRICS cooperation mechanism provides an opportunity and platform for member states and other emerging markets to work together to address risks and discuss concrete measures to address the risks, said Ren Lin, the director and researcher of the Global Governance Department of the Institute of World Economics and Politics, Chinese Academy of Social Sciences.

"The world is never a binary confrontation between black and white. Instead, we should advocate a cooperation mechanism with tolerance, fairness and multilateralism. The BRICS cooperation mechanism is such a sound cooperative model featuring openness and inclusiveness and mutual benefit," said Chen Fengying, a researcher from the China Institutes of Contemporary International Relations.