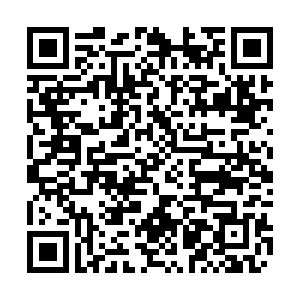 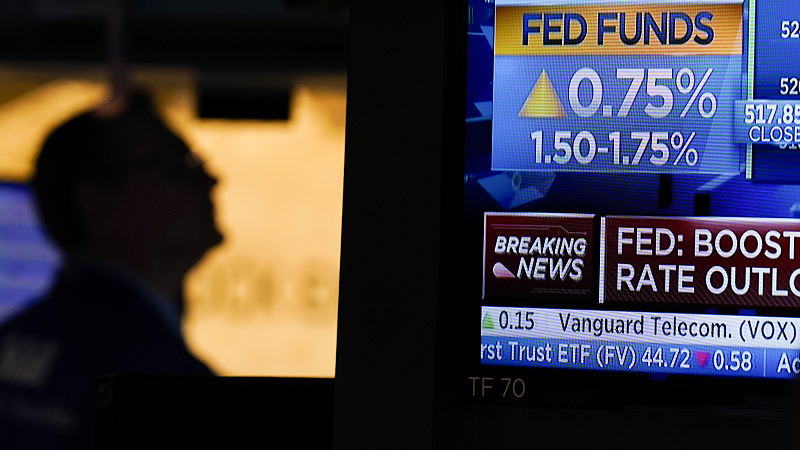 The Federal Reserve announces a rate change, which is shown at the New York Stock Exchange in New York, June 15, 2022./CFP

The Federal Reserve announces a rate change, which is shown at the New York Stock Exchange in New York, June 15, 2022./CFP

The U.S. Federal Reserve will likely find out its aggressive tightening measures won't be effective in bringing down inflation. In fact, the soaring rates may add more burdens to companies that are already suffering rising costs due to higher energy prices and supply chain shortages.

After the Fed raised interest rates by 75 basis points (bps) – the largest increase since 1994 – in mid-June, its chairman Jerome Powell reiterated its commitment to bringing down inflation toward the Fed's inflation target at around 2 percent. The U.S. consumer price index (CPI) in May gained 8.6 percent from a year ago, a reading above 8 percent for a third consecutive month.

Most of the market participants expect the Fed fund rate to reach above 3 percent by the end of the year, which means the Fed will raise the interest rates by another 125 bps at least in the next four policy meetings, including another potential 75 bps rate hike in July.

However, the outcome of the tightening pace could be more aggressive than current expectations, as it will be an extremely difficult task for the Fed to cool inflation. The current inflation surge is exclusively driven by the rising energy prices and supply-side shortages. The Fed's rate hike tool will have minimal impact on controlling inflation – it could even potentially push up the prices, not lower them.

Here is the explanation; I'll use the supermarket as an example. Let's say a supermarket called "ABC supermarket" has already been forced to raise the prices for the products it sells to customers because of the rising cost paid to the wholesalers or service providers. It used to keep enough inventory to buffer any type of uncertainty, but now the situation is different due to supply chain shortages. The supermarket may have to keep buying goods from wholesalers at higher and higher prices.

When the Fed aggressively hikes the borrowing costs, it only makes the situation worse as the whole operational cost for this supermarket is likely to become higher, due to its rising debt burden (a majority of the companies more or less hold some loans to operate their business). Finally, the ABC supermarket has to pass on all rising bills to consumers.

The Fed's current tightening tools further complicate the inflation outlook, because it could ironically push up prices in some sectors regardless of demand levels. The Fed's monetary policy, by changing policy rates, has always been much easier to influence demand than supply.

Even with the consumption demands being significantly weakened due to higher borrowing costs, no retailer would be willing to sell the products at the levels of prices lower than the costs unless they conduct layoffs or other methods to substantially cut operational costs. As more and more companies actively reduce costs, the economic recession risk may become real.

In June's policy meeting, Fed chair Powell acknowledged that the central bank can't control all the factors driving inflation, such as oil prices or supply chain shortages. We believe the Fed officials understand that its current monetary policy won't help much to ease inflation.

However, the Fed has been facing increasing criticism from the public for its slow response to rising prices. Many Fed watchers still think the Fed is well behind the curve, even with its 150 bps rate hike since March this year. To restore its credibility, the Fed has no other choice but to tighten aggressively. Otherwise, market participants will completely lose confidence in the Fed’s ability to rein in inflation, which will lead to a greater selloff in U.S. stocks and bonds.

We expect the Fed to be ready to sacrifice some employment readings to ease the current red-hot inflation. With the current unemployment rate at 3.6 percent, just a touch away from a half-century low, the Fed may start to allow moderate increases in the unemployment rate. This would not only reduce consumer demand but also reduce costs for some companies.

The possibility of the Fed engineering a "mild recession" through its aggressive tightening measures shouldn't be ruled out. If CPI continues to hover around 8.5 percent or even higher in June, the central bank is likely to raise the policy rate by another 75 basis points. However, it can only bring more volatility to stocks and bonds, and has a very limited impact on slowing inflation in the near term.