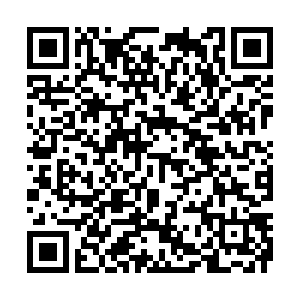 The 27-year-old shot a two-under-par 68 in the final round at The Country Club in Brookline, Massachusetts, to close the tournament at six-under-par 274 and edge joint runners-up Will Zalatoris and Scottie Scheffler by one stroke.

"It’s what you grow up dreaming of," said Fitzpatrick. "It’s something I’ve worked so hard for, for such a long time. And, you know, there was a big monkey on my back trying to win over here. And everyone, all they ever talked about was that. And, you know, to do it at a major for my first win, there’s nothing better."

Leading by one shot, Fitzpatrick hooked his drive on No. 18 into a bunker to the left of the fairway. But he hit the middle of the green and two-putted from 18 feet for par. Zalatoris had a 14-foot birdie putt to tie, but missed the shot by a fraction of an inch.

The result marked the second straight runner-up finish at a major for Zalatoris, who lost to Justin Thomas in a playoff last month at the PGA Championship. It was the 25-year-old’s sixth top-10 finish in seven majors since making his major debut in the 2020 U.S. Open at Winged Foot.

Fitzpatrick hit 17 greens in regulation to highlight his major breakthrough. He becomes the first Englishman to win the U.S. Open since Justin Rose at Merion in 2013, the same year Fitzpatrick won the U.S. Amateur at The Country Club.

Sunday’s victory also gives the Sheffield native a place in the history books, as he joins golf legend Jack Nicklaus as the only two male players to win both the U.S. Amateur and U.S. Open on the same course.