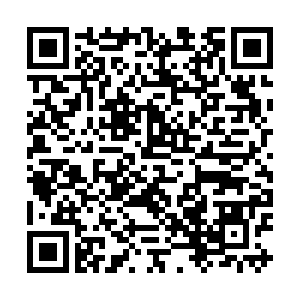 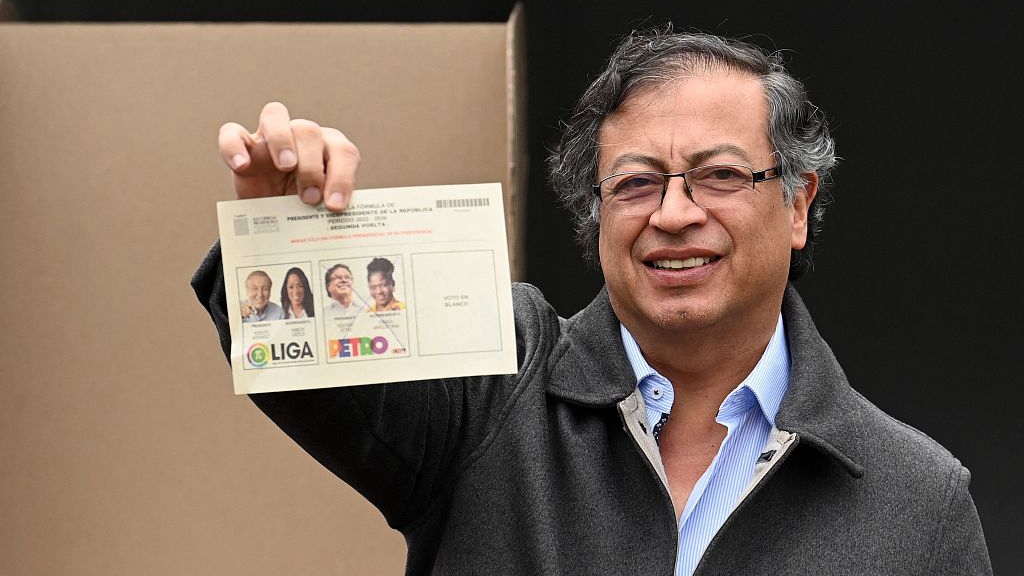 Gustavo Petro was elected president of Colombia on Sunday after defeating independent candidate Rodolfo Hernandez in the second round of elections in a very close race, the state-run National Civil Registry reported.

Petro, 62, lauded the victory in a social media post. "Today is a celebration for the people. Let's celebrate the first popular victory," he wrote on Twitter. Petro won 50.5 percent to Hernandez's 47.3 percent.

"Colombians, today the majority of citizens have chosen the other candidate. As I said during the campaign, I accept the results of this election," Hernandez said in a video on social media.

This campaign was Petro's third presidential bid, and his victory adds the Andean nation to a list of Latin American countries that have elected progressives in recent years.

It comes on the back of growing discontent in Colombia, where pervasive poverty and inequality have plagued its 50 million people. Last year, hundreds of thousands of Colombians took to the streets to voice their frustration.

A former leftist rebel who fought the Colombian government, Petro went on to become mayor of Bogota and now serves as a senator. He has pledged to fight inequality with free university education, pension reforms and high taxes on unproductive land.

Petro has attributed the country's massive wealth gap to its huge reliance on oil exports and a thriving and illegal cocaine business, an economic system he said is bent on fixing.

Other proposals – especially a ban on new oil projects – have startled some investors, though he has promised to respect current contracts.

Though Petro's message has struck a chord with the poor across Colombia, he may face a bumpy road as a fragmented congress, where a dozen parties have seats, may make it difficult for him to deliver his pledges.

Also, on top of some 10.5 million votes that didn't go his way in the runoff election, surveys show an increasing number of people no longer trust the country's major institutions.

On the foreign policy front, Petro said he wants to reassess Colombia's relationship with the United States, which views Bogota as its strongest ally in Latin America, and rebuild diplomatic relations with Venezuela to take advantage of potential new oil income for the neighboring country, which would create a market for Colombian exports. 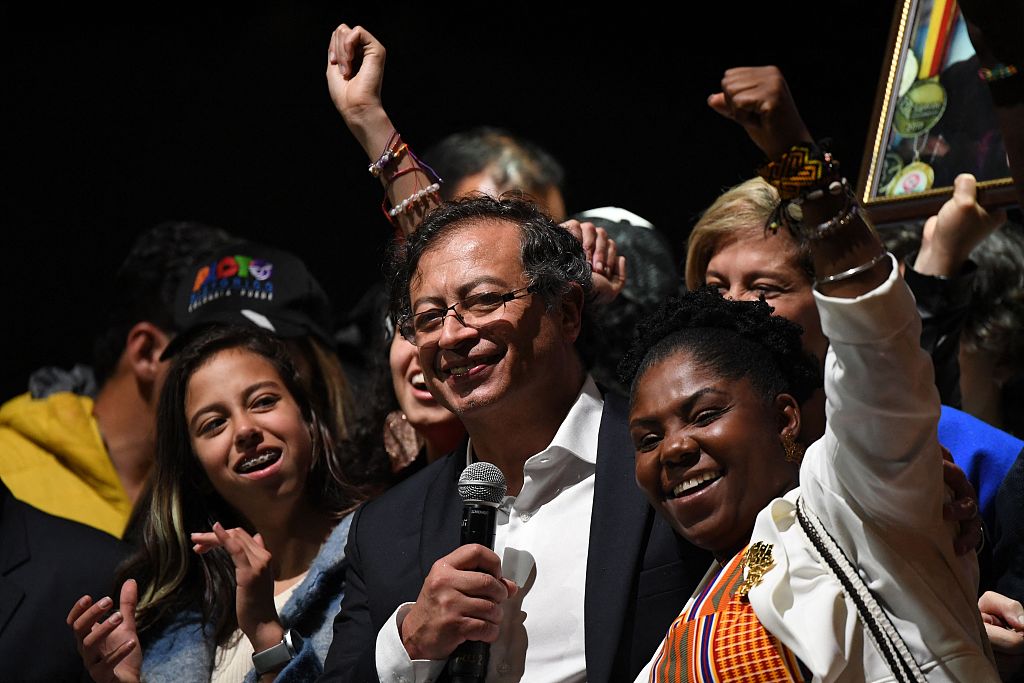 Thousands of his supporters went to the streets to celebrate, chanting "Petro, the people are with you," "the people never give up" and the world famous "Yes we can!"

While the lead-up to the elections was filled with tension and division, the president-elect filled his acceptance speech at the Movistar Arena with a message of national unity.

"There will be opposition that sometimes we will not understand, but in this government we will never have political persecution nor judicial persecution, we will only have respect and dialogue," Petro said.

The win marks a historic departure from Colombia's traditionally conservative and right-wing presidencies. Not only will Petro be the first left-wing president in the country's history, but his vice president will be Francia Marquez – the first person of African descent to hold the office.

Lowering inflation and unemployment, bridging an inequality gap and building peace are all on Petro's agenda, but reforms will have to be passed with the approval of Congress and his party does not have a majority.

If he plans to negotiate with other parties to pass his reforms, he will have to make good on his message of dialogue. That message rung true for Hugo Ospina, the president of Colombia's National Taxi Association. In an interview outside the Movistar Arena, Ospina said he had first voted for right-wing presidential candidate Federico Gutierrez, who had lost in the first round of the presidential elections. He said in the end he believed in Petro's promises for change, and voted in the hope that those changes will materialize.

"I send a message to all the people, businessmen, owners, don't fear [Petro], we have solid military structure that will accompany Gustavo Petro," Ospina said.

For Osmer Mosquera, a Colombian of African descent, seeing Francia Marquez deliver a sense of true representation at the highest levels of the country's governing body "brings a huge satisfaction because we know she will work for our communities and territories."