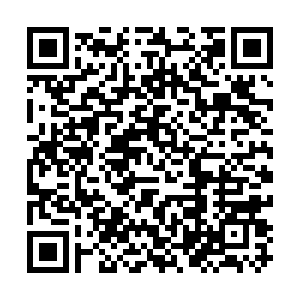 Editor's note: He Weiwen is a senior fellow at the Center for China and Globalization (CCG). The article reflects the author's opinions and not necessarily those of CGTN.

Round-the-clock negotiations among delegations produced the "Geneva Package," which contains a series of unprecedented decisions on fishery subsidies, WTO response to emergencies, including a waiver of certain requirements concerning compulsory licensing for COVID-19 vaccines, food safety and agriculture, and WTO reform, according to a WTO news release.

"The package of agreements you have reached will make a difference to the lives of people around the world. The outcomes demonstrate that the WTO is, in fact, capable of responding to the emergencies of our time," said WTO Director-General Ngozi Okonjo-Iweala. "They show the world that WTO members can come together, across geopolitical fault lines, to address problems of the global commons, and to reinforce and reinvigorate this institution. They give us cause to hope that strategic competition will be able to exist alongside growing strategic cooperation."

The WTO MC 12 made a historical contribution to the global fight against COVID-19. It adopted a resolution on a five-year waiver of compulsory licensing of COVID-19 vaccines, paving the way for increased production and supply for low-income developing economies, enabling hundreds of millions of poor people to get vaccinated and shake the pandemic off.

The MC 12 kicked off WTO reform based on WTO core principle:

- Non-discrimination: responding to all members, open, transparent and inclusive

It has thus sidelined the American approach which aims at reforming the WTO into an organization based on its own rules, dividing the members into two different groups. The MC 12 emphasized, among other things, the urgency of revitalizing the Appellate Body of DSM, aiming to make it fully functional by 2024. It will ensure not only the survival of WTO but also the vitality of multilateral trading system with WTO at the core.

The MC 12 also reached a decision on e-commerce issue and to keep the current duty-free status until MC 13, or no later than March 31, 2024.

The "Geneva Package" was applauded by all 164 WTO members as a historical step forward in WTO history and an encouraging victory for the multilateral trading system with the WTO at the core.

The final results of the MC 12 are preliminary, as the basic difficulties with WTO still remain. It merits, nonetheless, being called a historical success. The WTO MC 11, held in Buenos Aires in December 2017, ended with no results, giving rise to widespread suspicion that the WTO was coming to an end. Since then, the world has been increasingly suffering from de-globalization and Cold War fragmentation. However, the WTO 12th Ministerial Conference reached 1 plus 4 results covering the most urgent global issues. Hence, a historical success! Its significance has even exceeded the multilateral trading system.

First, it is a convincing proof that the solutions to global issues lie in multilateralism, neither in small circles nor fragmentation of different camps confronting each other. The ultimate global solution to win the COVID-19 pandemic involves vaccine equality and widespread availability to billions of people in low-income developing countries. A crucial pathway is the temporary exemption of vaccine IP protection, which must be approved by a WTO ministerial conference through the unanimous approval of all 164 members. No other mechanism, be it G7, G20 or others, has that mandate. Similarly, the alleviation of the world food crisis involves food trade, which is governed by multilateral rules of WTO, and needs the same mechanism. A combined arrangement by the WTO and UN World Food Program is the only solution.

Second, it serves as a teaching material for what rule-based international order is. All of the agreements reached at the WTO MC 12, and the launch of WTO reform were based on the same WTO rules with three essentials:

- Unconditional non-discrimination: open, fair and inclusive to all members equally

- Unanimity: decisions made by negotiations and unanimous agreement.

The WTO MC 12 was successful because it is based on these rules. Only by relying on this set of rules can there be global free trade flows and a stable, complimentary global supply chain. It serves as a mirror, telling the world that the so-called "rules-based international order" by a few Washington politicians is not based on multilateral rule, nor is it any international order. It is also a wake-up call to the world to resist de-globalization and Cold War. As the WTO Director-General Ngozi Okonjo-Iweala warned, global fragmentation would cut the global growth potential by 5 percent, larger than in the 2008-2009 global financial crisis.

Third, it shows the great, irresistible force behind multilateralism. The WTO MC 12 was extended one day to clinch meaningful results. All members worked hard and tried their best to reach a variety of compromises and make the conference successful. Actually, they worked through all of June 16 and unswervingly until 5 a.m. on  June 17. The MC 12 concluded at the dawn of a new day and ushered in a new dawn of multilateralism. That showed most convincingly that multilateralism enjoys the firm support of the overwhelming majority of countries and people the world over, and thus, is invincible.