A ripple of ignorance flowed through Western media when Chinese President Xi Jinping signed new regulations governing the deployment of Chinese forces on international support missions. These are a prudent update to the regulations that have governed China's humanitarian activities since its initial 1992 UN Blue Helmet deployment in Cambodia.

Around 30,000 Chinese enterprises are located overseas, and more than 100 million Chinese citizens travel abroad annually. It is inevitable that Chinese citizens will be in need of support and it's important that the support is delivered in a way that is not misinterpreted.

In 2015, China's navy evacuated 225 foreign nationals and almost 600 Chinese citizens from Yemen. Most recently, China has evacuated citizens from Ukraine. The new policy clarifies how these operations will proceed.

The new regulations are designed to recognize the increasing role that China plays in support of the United Nations and its humanitarian activities. This includes the use of defence forces for disaster relief and rescue, and international peacekeeping.

China is the second-largest funding contributor to international peacekeeping. China's manpower contributions exceed the total contributions made by the five other members of the United Nations Security Council. 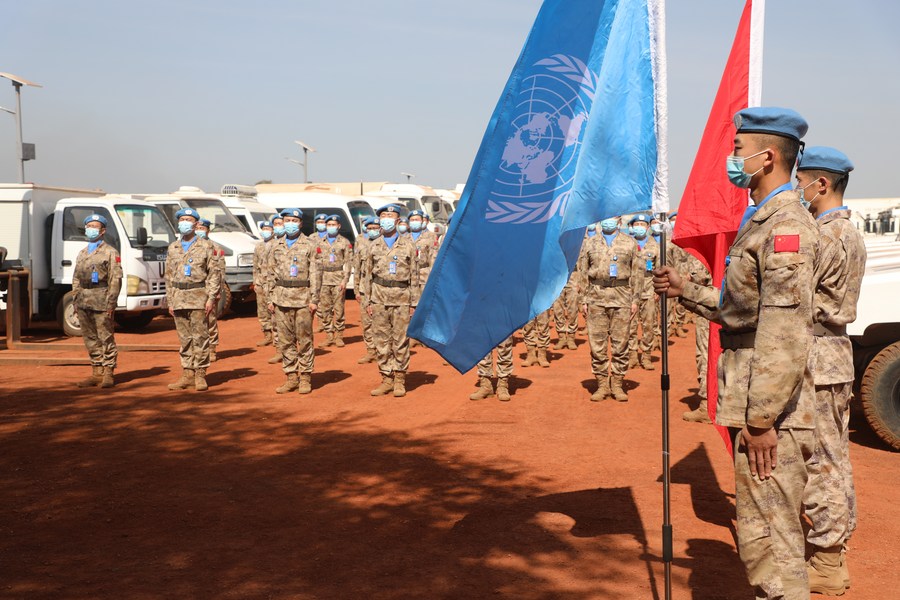 The largest deployment was in 2015 when China sent a full battalion to South Sudan. To provide ongoing support for this UN operation, China created a logistics base in Djibouti designed primarily to support the peacekeepers. Despite this humanitarian function, the base is often falsely cited by Western analysts as evidence of China's desire to construct new military bases.

The use of the logical and organizational ability of armed forces for humanitarian missions is a common practice in Western countries. The Singapore defence force uses natural disasters as an opportunity for real-time training in logistics, supply and deployment. This means their military are often the first boots on the ground after a natural disaster.

Australia engaged in a 14-year civil support mission in the Solomon islands which was led by its military. This Regional Assistance Mission to Solomon Islands (RAMSI) deployment was a long-term peacekeeping mission and raised no eyebrows from the international community. Although it maintained civil order, it was a mission designed to protect Australian interests in the region.

The new regulatory framework also covers the conduct of counter-terrorism operations, stability maintenance, safeguarding sovereignty and national interests and security operations. These are all areas of legitimate concern for any nation, and it is important that operations in these areas are codified and well defined. These should not be used as an excuse for conflict, and China has already shown through past co-operation that its preference is to work with the UN to achieve these objectives.

Some other countries which claim the same rights have shown less inclination to work with the United Nations, although they have attempted to get UN approval for their activity. Counter-terrorism underpins the U.S. war on terror which resulted in the prolonged war in Afghanistan.

The U.S. shows little hesitation in applying armed incursions into sovereign states to rescue U.S. citizens held hostage or to protect U.S. interests. On a larger scale and without UN support, this has included the invasion of small countries like Grenada in 1983 and Iraq.

China works actively with the United Nations to assist with international peacekeeping. At times, it seems in recent years that the main interaction by the U.S. with the United Nations is to either encourage others to wage war and impose greater sanctions, or to announce the withdrawal of U.S. funding support from UN humanitarian agencies.

China's overseas activity in support of UN operations is regarded as a priority in its international relations policy. China's involvement in peacekeeping and international humanitarian work requires cooperation with other governments and agencies, and this has greatly enhanced the way China works in the international environment.

President Xi's announcement is a prudent clarification of the way these processes have developed. They are designed to be applied in an increasingly tense environment and to ensure that, despite the ripple of ignorance, there is no misunderstanding of intent or escalation resulting from this activity.