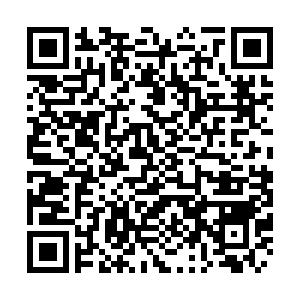 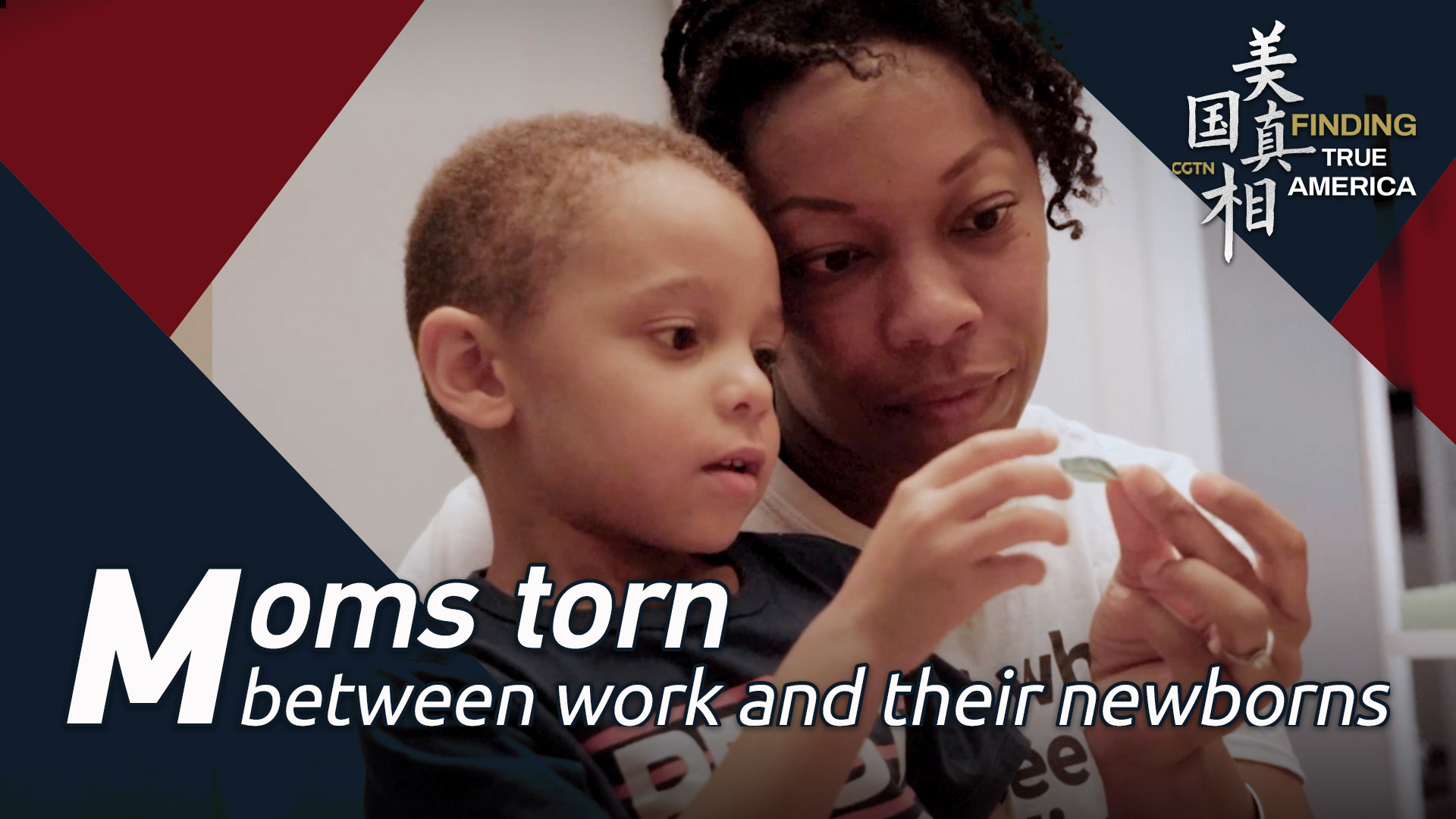 For mothers around the world, the arrival of a baby means a time to bond with and care for their child, physically recover and consider the exciting new life ahead of them.

Erica Wilson, who lives in the United States, the biggest economy on Earth, had no such guarantees when she gave birth to her boys in 2018 and 2021.

She had to use her short-term disability leave to take time to rest and recuperate. And with her insurance program, the working mother, based in Alexandria, Virginia, received a partial income replacement option for just six weeks after the births.

Though Wilson may seem poorly served by international standards, she was in a slightly privileged position relative to her peers. Having paid maternity leave at all is enviable for most new parents in America.

The U.S. is the only developed economy without a national paid parental leave policy.

Data from the U.S. Bureau of Labor Statistics shows that only 23 percent of private sector workers had access to paid maternity leave last year. Parents in most states get no time off if they are not covered by the Family and Medical Leave Act (FMLA), a federal policy that provides 12 weeks of unpaid maternity leave for eligible employees.

"It's hard enough raising a brand-new baby, but to not get paid while you are raising the baby is a hard sacrifice to make," said Wilson.

Created nearly 30 years ago, the FMLA only covers employees who work for companies with 50 or more workers at the work site or within a radius of 120 kilometers. Mothers who work for small and medium-sized enterprises are excluded from maternity protection laws.

Many new mothers return to work soon after giving birth because they simply cannot afford unpaid time off, and a growing number of American women are primary earners in families with children.

About 70 percent of American mothers can expect to be primary financial providers for at least one year before their children turn 18, according to a study published in November 2021 by the Council on Contemporary Families, a non-profit organization based at the University of Texas, Austin.

The lack of access to paid maternity leave forces many women to choose between caring for their children and work.

And a swift return to work after giving birth has many consequences. Researchers have found that mothers who return to work within six weeks after delivery are three times more likely to stop breastfeeding than women who return later. 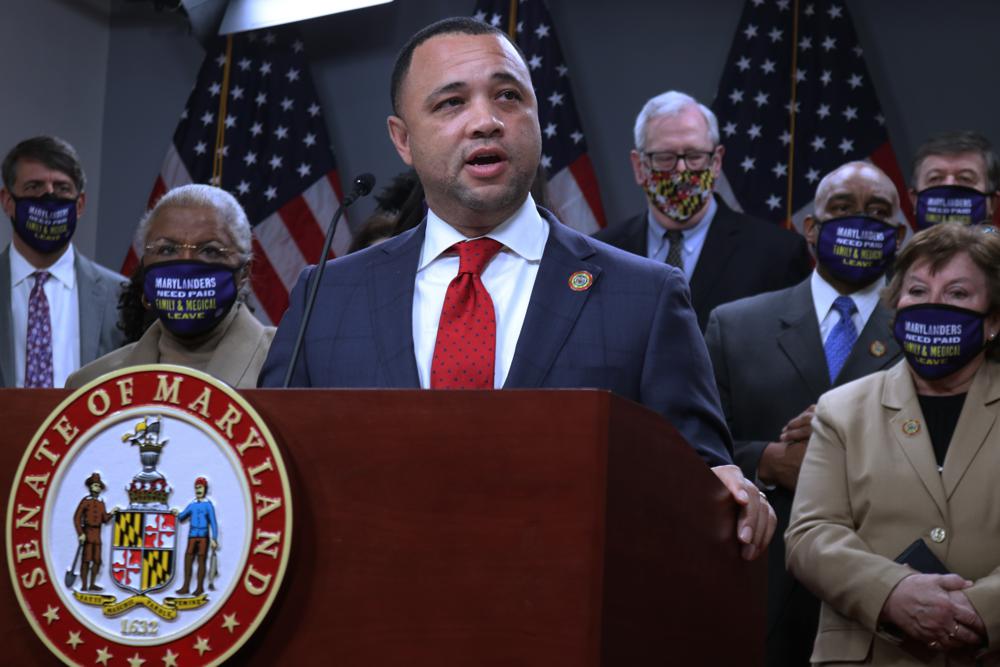 Senator Antonio Hayes, a Baltimore Democrat, stands with fellow Maryland Senate Democrats in support of legislation he is sponsoring to create a paid family and medical leave program in the state during a news conference in Annapolis, Maryland, U.S., February 24, 2022. /AP

Senator Antonio Hayes, a Baltimore Democrat, stands with fellow Maryland Senate Democrats in support of legislation he is sponsoring to create a paid family and medical leave program in the state during a news conference in Annapolis, Maryland, U.S., February 24, 2022. /AP

Recent polls in the U.S. have found overwhelming support for more widespread and generous paid parental leave. In a survey conducted by research group YouGov last April, about 68 percent of respondents said they think companies should offer such benefits.

Paid family and medical leave were included in the Biden administration's Build Back Better Act, a policy that would bring the U.S. in line with other developed countries.

However, federal efforts to put a universal paid leave policy in place had stalled by the end of 2021 due to disagreements over costs and the source of funding. The proposal for paid leave has been shortened from 12 weeks to four weeks, but it still hasn't been made into law.

Biden's proposal ran into trouble partly because he planned to fund the program by raising the federal income tax rate for the highest earners in the country, and centrists in his own party, as well as Republicans, balked at the cost. The Congressional Budget Office estimates that paid leave would cost around $205 billion over 10 years.

As is common in the U.S., policies vary markedly from state to state and company to company.

Only about 25 percent of companies offer paid parental leave to some or all employees for the birth or placement of a child, according to a 2019 survey by the non-profit Kaiser Family Foundation.

Nearly a dozen states offer paid parental leave. Maryland and Delaware have recently joined the effort by providing access to paid family and medical leave. The policies will not come into effect very soon, but they are still welcomed by residents.

Richard Neal, chairman of the House Ways and Means Committee, emphasized the need for a national paid leave policy in a press release in May.

"While it is encouraging to see states enact paid leave programs for their residents, this inconsistent patchwork of policies across the nation exacerbates inequality, disadvantaging millions of women, people of color, and lower-paid workers who happen to live in places without paid leave laws," Neal said.

Is change possible in the near future?

California was the first state in the U.S. to put paid family leave into law. Research on the impact of this policy shows it has improved the overall use of maternity leave, especially for less advantaged groups.

For businesses in California, paid family leave has benefited worker retention, productivity, employee loyalty and morale, according to a study by the non-profit National Partnership for Women and Families in Washington D.C.

A paper published in the journal Infancy last March shows that paid leave is linked to fewer infant behavior problems for mothers with lower levels of educational attainment.  /CFP

A paper published in the journal Infancy last March shows that paid leave is linked to fewer infant behavior problems for mothers with lower levels of educational attainment.  /CFP

Other studies show that paid maternity leave benefits the mental and physical health of mothers and children.

"Mothers with paid leave had less physiological stress, were more sensitive and responsive with their infants, and their infants demonstrated a brain activity profile that may reflect a more mature pattern of brain function," said Natalie Brito, assistant professor of applied psychology at New York University, in an interview published on the university's website in April.

A paper published in the journal Infancy last March shows that paid leave is linked to fewer infant behavior problems for mothers with lower levels of educational attainment. The paper suggests that paid family leave may aid in reducing socioeconomic disparities in infant development.

Compared with other developed economies, the U.S. offers very little. On average, mothers are entitled to 18 weeks of paid maternity leave around childbirth across the OECD member countries. Most countries in the world provide paid maternity leave that is at least 14 weeks, as recommended by the International Labor Organization.

Backed by researchers and advocates and under pressure to fulfill Biden's campaign promises, the Democrats may continue to push a federal paid family leave policy.

"We need those bonds between mother and child, between father and child, in order for us to be a stable society. This is a large chunk or big piece that's missing when it comes to being a powerful country," said Wilson, a mother who is still waiting for change.