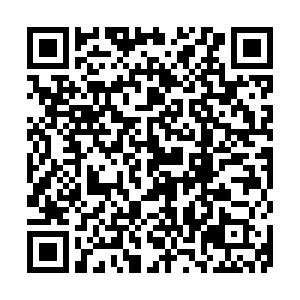 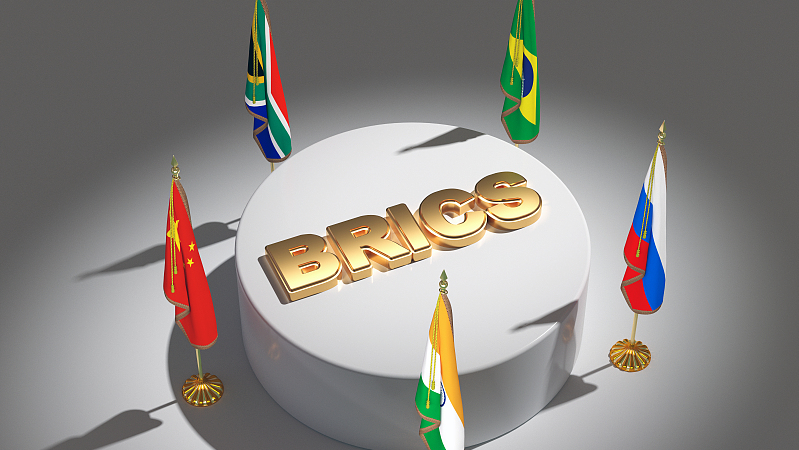 Editor's note: Vladimir Petrovskiy is a chief research fellow at the Institute of Far Eastern Studies, Russian Academy of Sciences, and also a full member of the Russian Academy of Military Science. The article reflects the author's opinion, and not necessarily the views of CGTN.

The 14th BRICS Summit under China's chairmanship will be held under the still severe COVID-19 pandemic that has battered the world. At the summit, the BRICS countries would definitely continue to discuss the fair and reasonable distribution of vaccines and strengthen global public health governance.

But the events in Ukraine in 2022 were the most serious shock and test for the BRICS countries' development. Not a single BRICS country has supported Western sanctions against Russia, but so far, this does not mean that they are ready to intensify cooperation with Russia, under the threat of secondary sanctions from the U.S. and the EU.

The BRICS countries are carrying out an important initiative to configure a new financial and monetary system that will be open to all countries of the world and will not use international banking as a political tool to attack and harm other countries.

Now, it is even more necessary to accelerate the creation of the BRICS Pay payment system, the launch of which was previously planned by 2025. Russia is already pressing ahead with projects to switch to settlements in national currencies with India and China, and with the latter even an alternative to the SWIFT payment system has been launched.

Brazil and the Russia have previously tried to move in bilateral trade to settlements in rubles and reals. But, the instability of the exchange rates of the two currencies since the second half of the 2010s has been on the rise, which slowed down the progress of this project. With sanctions preventing Brazil from buying Russian fertilizers, the task of increasing the independence of bilateral financial interaction becomes vital.

New geopolitical realities, of course, mean an update of the BRICS agenda, making individual initiatives in the field of finance or food security urgent for all participating countries. These initiatives can become a driver of a new stage in the growth of the cooperation framework. Besides, if the initiatives are successful and there is real progress, a powerful reason may entice other countries in joining new global instruments independent of the West.

The activation of the role of the BRICS in the international arena can also occur through the improvement of the mechanism of functioning of the BRICS conditional currency reserve pool. In the past few years, it has stepped up coordination with other regional financial institutions as part of the IMF's regular consultations with regional financial facilities. However, its activity has been significantly lower in response to the crisis in the BRICS countries in recent years compared to the BRICS New Development Bank. 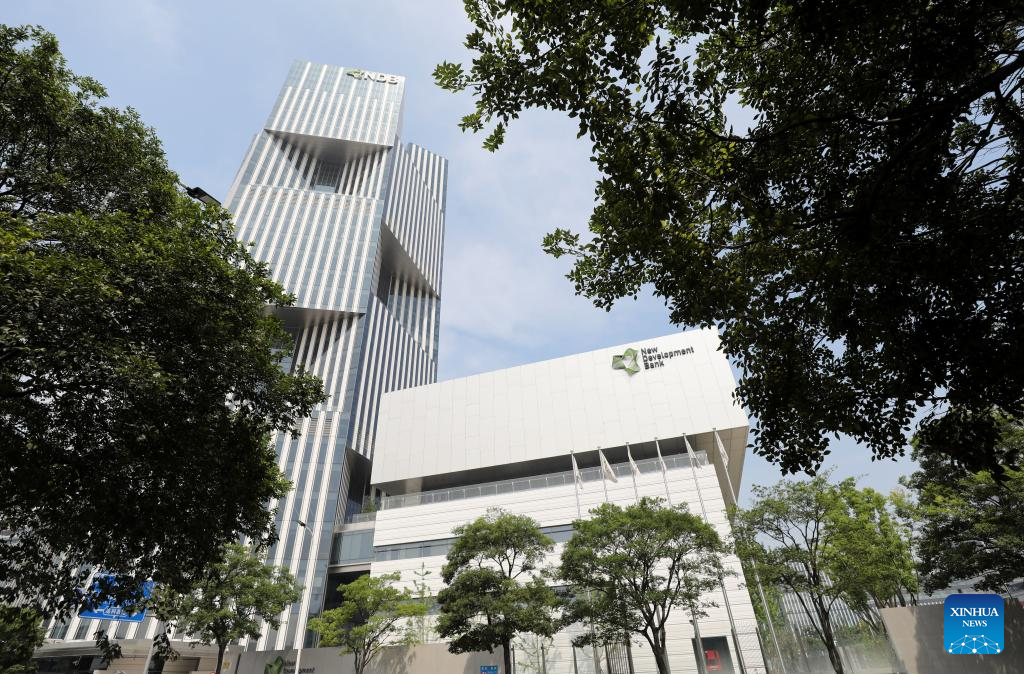 The headquarters of the New Development Bank, also known as the BRICS bank, in east China's Shanghai, June 17, 2022. /Xinhua

The headquarters of the New Development Bank, also known as the BRICS bank, in east China's Shanghai, June 17, 2022. /Xinhua

Within the framework of the BRICS Plus mechanism, the possibility of strengthening the mandate of the BRICS Contingent Reserve Arrangement to monitor the macroeconomic situation and develop coordinated anti-crisis measures, as well as to interact with other regional financial institutions of developing countries and regional partners, could be considered.

BRICS Plus will contribute to the development of trade between the BRICS countries and the development of world trade in general. Thus, the trade turnover between Russia and BRICS in the first quarter of 2022 grew by 38 percent year-on-year (last year the increase was 40 percent to $164 billion).

At a recent meeting of the ministers of economy and foreign trade of the BRICS countries, a declaration was adopted on the need for WTO reform and an initiative was approved to strengthen supply chains (includes the harmonization of standards and information exchange between countries to improve the efficiency of sea freight). The Russian side proposed the formation of "insurance" or even alternative mechanisms for bilateral trade and payments within the BRICS.

In general, the BRICS countries can and should become a "safety net" for developing economies with an eye on the formation of a new international economic order.