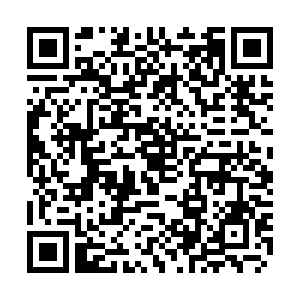 Chinese President Xi Jinping on Wednesday urged efforts to accelerate the construction of basic systems for data and improve work on administrative divisions.

Xi, also general secretary of the Communist Party of China (CPC) Central Committee and chairman of the Central Military Commission, made the remarks while chairing the 26th meeting of the central commission for deepening overall reform.

The meeting reviewed and adopted guidelines on the issues discussed, as well as work plans to conduct pilot reforms of scientific and technological personnel evaluation and strengthen supervision over major payment platform enterprises.

Xi, who heads the commission, stressed the significance of basic systems for data in national development and security, urging efforts to safeguard national data security, protect personal information and commercial secrets, and empower the real economy with more efficient data circulation and use.

The country will enhance the centralized and unified leadership of the CPC Central Committee on work regarding administrative divisions, ensure solid overall planning and avert unregulated and disorderly acts, Xi said.

He also highlighted the importance of building an evaluation system for scientific and technological personnel that is oriented toward innovation, capability and contribution.

Regarding large payment and fintech platform enterprises, Xi called for efforts to improve regulations, strengthen institutional weak links, ensure the security of payment and financial infrastructure, and guard against and defuse potential systemic financial risks. He also called for these enterprises to be supported in better serving the real economy and smoothing the "dual circulation" of domestic and international markets.

Li Keqiang, Wang Huning and Han Zheng, who are members of the Standing Committee of the Political Bureau of the CPC Central Committee and deputy heads of the central commission for deepening overall reform, also attended the meeting.

China has made solid progress in the promulgation of data-related laws, the marketization of data factors, and the building of a digital economy, the meeting noted.

It called for establishing a data property rights system, as well as mechanisms concerning the circulation, transaction and revenue distribution of data factors.

Security should be emphasized throughout the whole process of data governance, it stressed, saying that the country will build a multi-party data governance pattern involving government, enterprises and society, and tighten industry-specific and cross-industrial regulations.

The meeting also underlined efforts to bring payment and other financial activities of platform enterprises under regulation based on laws and rules.

China will tighten oversight of financial holding companies, financial institutions that platform enterprises have stakes in, and internet financial services including deposits, loans and insurance, said the meeting.