Download
BRICS: Dealing with the fallacies pushed by an insecure West
First Voice 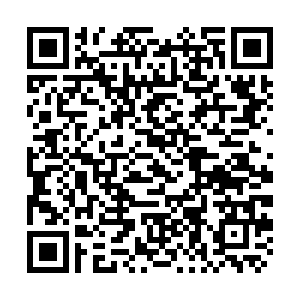 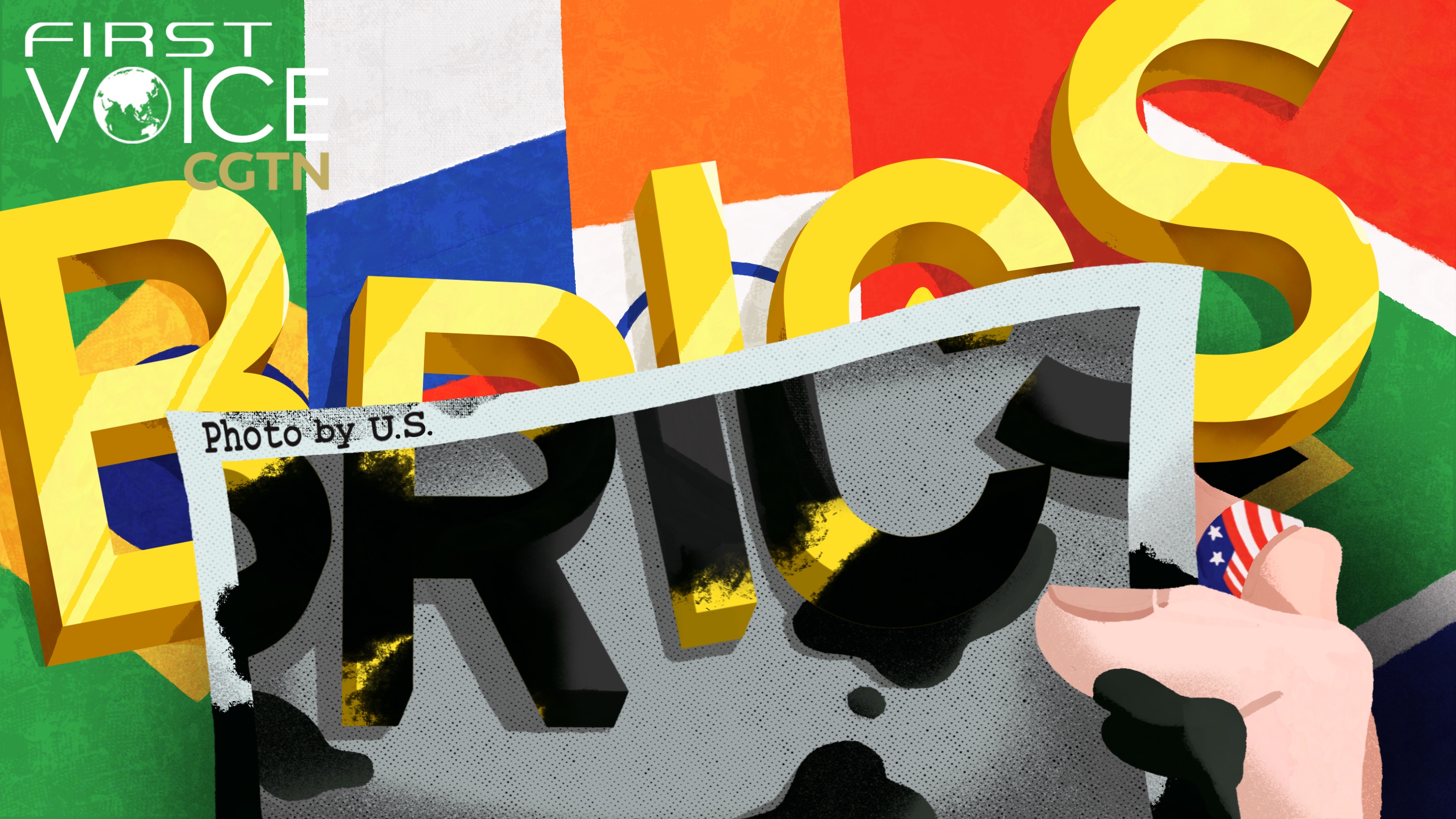 As the 14th BRICS Summit convenes under China's chairmanship on Thursday,  all eyes are once again focussed on the bloc that has emerged as the new driving force promoting multilateralism in global governance and an engine leading the global economic recovery.

The BRICS cooperation mechanism has created history in two aspects. First, this is the first major country multilateral mechanism that is led and participated by non-Western and non-developed countries. Second, for the first time in human history, the collective rise of emerging powers are founded on the principle of multilateralism, peace and cooperation opposed to the cut-throat rivalry and competition aimed at global hegemony by dominant powers witnessed in the Western hemisphere throughout the history of past few centuries.

The stark contrast in their respective lived experience is probably why the West finds it hard to fathom the reasons that keep BRICS moving forward with an intent focus on openness, inclusiveness and win-win cooperation. Despite the great vitality and creativity that the BRICS cooperation mechanism has shown so far, the West keeps pushing a number of misunderstandings and misgivings about the bloc to gleefully predict its irrelevance and hoping for an eventual collapse.

As the leaders of BRICS countries meet virtually to chart a new course for the world reeling with geopolitical and economic unrest, extending the bloc's cooperation mechanism rooted in multilateralism and cooperation, it is worth taking a look at some of the common misconceptions surrounding BRICS.

Is BRICS fading and collapsing?

At the onset of the COVID-19 pandemic in 2020, India, Brazil, Russia and South Africa indeed suffered from poor currency performance, depressed stock markets and increased capital flight and stared at economic uncertainty like most countries in the world. The "BRICS is fading" chorus grew stronger.

A year later in 2021, the BRICS countries contributed a total of $24.6 trillion to global GDP, an increase of 7.6 percent over the previous year and higher than the global average growth rate of 5.5 percent, and even higher than that of the developed economies such as the G7, proving once again that it is an important force in global economic recovery.

The latest World Economic Outlook (Spring 2022) report of the International Monetary Fund (IMF) forecast China's economic growth in 2022 and 2023 at 4.4 percent and 5.1 percent, while India is expected to grow at 8.2 percent and 6.9 percent respectively. These numbers are significantly higher than the estimated growth rates of 3.3 percent and 2.4 percent in developed countries.

China's industrial and manufacturing capacity is the largest in the world. Russia has abundant oil and gas reserves and its military industry capabilities are top notch. India has significant advantages in scientific and technological innovation, and is a global leader in software and pharmaceutical sectors. As the largest economy in southern Africa, South Africa can spread benefits and promote development in the entire continent.

As is clear, while the BRICS countries indeed face domestic problems and challenges, but the fundamentals of these economies are stable and there remains huge potential for development. There's no sign of "collapse" as envisioned by certain Western analysts. 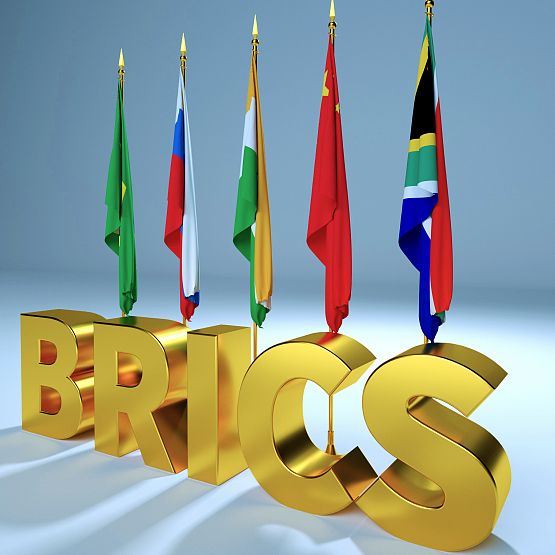 The BRICS countries indeed face domestic problems and challenges, but the fundamentals of these economies are stable and there remains huge potential for development. /CFP

The BRICS countries indeed face domestic problems and challenges, but the fundamentals of these economies are stable and there remains huge potential for development. /CFP

Time and again, BRICS has been mocked by the West as an "empty talking shop" with no concrete achievements to show. This is not a comment on BRICS but on the ignorance of those commentators who appear blind to the real works accomplished by the multilateral bloc, that was formed only 16 years ago.

"BRICS is not an empty talk club with nothing to do, but an action team integrating knowledge and practice," Chinese President Xi Jinping had rightly asserted at the BRICS Business Forum 2017.

Since its inception in 2006, the BRICS countries, having started from the scratch, are now acknowledged to be a strong force in global governance. The BRICS cooperation is not limited to the fields of political security, economy, trade and finance, but has gradually formed a three-dimensional cooperation system covering people-to-people and cultural exchanges, public health, high and new technology and other comprehensive fields.

In particular, the establishment of the New Development Bank (BRICS) and the BRICS Contingency Reserve Arrangement has provided impetus for inclusive international development cooperation and deepened the BRICS cooperation mechanism.

In recent years, the group has formed the BRICS Education Alliance and have organized literary, cultural and film festivals. Rising up to the challenge of the COVID-19 pandemic, a BRICS vaccine R&D center was launched in March this year to cooperate on vaccine research, testing and development. The five countries have also established the BRICS Joint Committee on Space Cooperation in May this year to guide the BRICS remote sensing satellite constellation cooperation.

The BRICS countries currently adopt a soft mechanism vis-à-vis other multilateral organizations. This has led some sceptics to criticize these emerging economies for showing "Three No's" – no clear purpose, no constitution and no permanent secretariat. Therefore, they argue that the entire mechanism of BRICS is invalid. This is nothing but biased assumptions.

After the first meeting of the foreign ministers of Brazil, Russia, India and China in 2006, the group was expanded in 2009 to include South Africa with an aim to have Africa represented in BRICS.

In 2009, the joint statement issued by BRICS leaders after the Yekaterinburg meeting included just 15 articles, which when translated into Chinese was only 1,500 characters long. By 2021 at the New Delhi virtual meeting, the statement had 74 articles in nearly 12,000 Chinese characters. The length is a clear indicator of proliferating BRICS co-operation.

There are more than 150 BRICS-related meetings held each year. From the leaders' meetings, the ministerial meetings, to the relevant working groups and conference mechanisms in various fields, to specific projects and activities, the BRICS mechanism has been developing and improving continuously with great vitality. 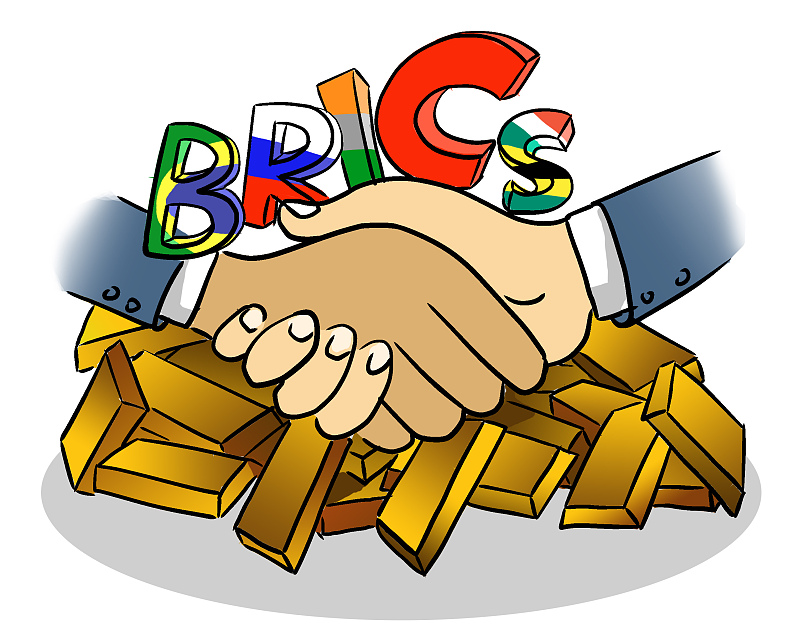 The BRICS mechanism has been developing and improving continuously with great vitality. /CFP

The BRICS mechanism has been developing and improving continuously with great vitality. /CFP

As the largest economy among the BRICS countries, China's GDP is bigger that the collective GDPs of the remaining four members. This has given the West a rationale to claim that China dominates the group's agenda and that the other four members are suppressed.

While it is reasonable to say that China is indeed the biggest economic partner within the group, but BRICS isn't constituted in a manner where a country's economic size determines leadership, unlike many of the other grouping like G7 or Quad, where the U.S. dominance is palpable. The BRICS mechanism is more equal as it functions in a democratic manner with equal voting rights for each member.

China has also built strong relations with each of its BRICS partners. If one looks at the history, unlike the U.S., China has never pursued hegemony. China's goal is to allow more countries to benefit from its own economic development in line with the concepts of achieving "common prosperity" and building a "shared future for mankind."

There's a section in the West that has constantly mooted the notion that BRICS is a challenge to the Western-led global order and that the emerging nations' group will somehow "destroy the G7" and "ruin the international economic order." This has given rise the fallacy that the BRICS nations are disruptive and subvert the existing world order.

This is far from the truth. The BRICS countries are actively involved in reforming the international order and are all members of the G20. They are key players in the international conversations on climate change, international trade and global and regional security. BRICS has constantly maintained its support for multilateralism and opposition to hegemony.

In fact, the BRICS leaders' declarations have repeatedly "pledged to promote a more inclusive, equitable and representative multipolar international system with the United Nations at its center, based on international law and purposes and principles of the UN Charter, in particular the sovereign equality of all states and respect for their territorial integrity, with the aim to build a brighter shared future for the international community based on mutually beneficial cooperation."

It is to be noted that most of the BRICS countries were either colonized, semi-colonized or invaded in modern history. Therefore, they cherish the peaceful growth in the current era and are committed to maintain the hard-won international system. BRICS countries do not seek to overthrow or subvert the established international code of conduct.

All the above misconceptions about BRICS are pushed to set a narrative that portrays the bloc in a negative light. This only reveals the deeper sense of unease and insecurity in the West triggered by the rise of a non-Western organization that challenges their dream of eternal hegemony, without seeking to subvert the current international order.