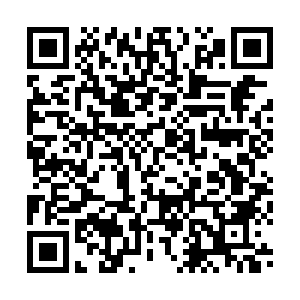 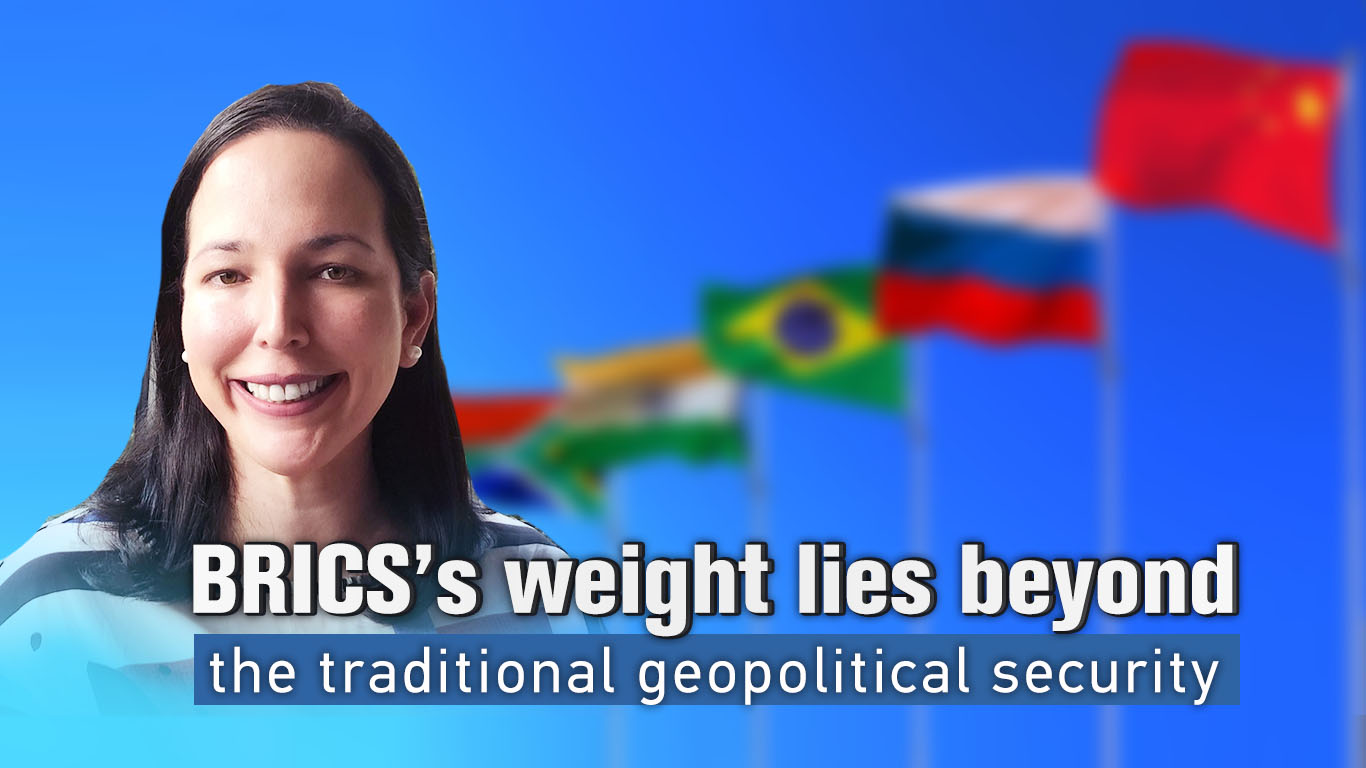 Editor's note: The 14th BRICS Summit is being held at a time of great volatility around the world. The Ukraine conflict, extreme weather and on-going pandemic are putting enormous pressures on governments in developing countries to provide for their people. Karin Costa Vazquez, a Non-Resident Senior Fellow at the Center for China and Globalization and Executive Director, Assistant Dean and Associate Professor at O.P. Jindal Global University, shares her thoughts on BRICS's role in today's world and how the organization could better prepare itself for the future. The views expressed in the video are her own and not necessarily those of CGTN.

Vazquez: In my opinion, the BRICS could play three key roles to alleviate the food crisis: One, as a negotiator; two, as a financier; and third, as a catalyst.

As we know that the BRICS must continue to negotiate amongst themselves and also at the World Trade Organization a solution to the agricultural subsidies that are distorting terms of trade and also halting agricultural production in the developing world.

Second, the BRICS could finance the upgrading of agricultural infrastructure like irrigation, transportation, storage and distribution systems to secure and also to enhance the complementarity of food and agricultural global value chains, but also inter-BRICS trade and BRICS trade with third countries. And here I believe that the BRICS-led New Development Bank could play a very fundamental role.

And last, the BRICS could catalyze a technological innovation to increase agricultural productivity. There has been talks on the creation of a BRICS Environmentally Sound Technology (BEST) Cooperation Platform for innovation as brought up in 2019 when Brazil held the presidency of the BRICS. Also, the creation of the BRICS Technology Transfer Center as proposed by India. And all of these proposals, they should and could be revived. Beyond the initiatives within the BRICS, also the five countries could explore ways to more meaningfully engage with the United Nations on mechanisms like technology facilitation and technology bank.

CGTN: BRICS comprises five major developing countries that haven't supported the U.S. sanctions on Russia during the Ukraine conflict. Do you see these countries and this group playing a greater geopolitical role in the future?

Vazquez: In my opinion the BRICS could play an even greater role in global geopolitics. And not only through traditional security, but mainly through economic and financial cooperation. And this is very clear in the case of Ukraine when we see the group positioning itself not only in relation to the conflict, but also the challenges that are emanating from or that are being aggravated by the conflict.

As we know the BRICS have repeatedly affirmed respect for sovereignty, equality or territorial integrity, for international law. And following these principles, the five countries support talks between Russia and Ukraine and also efforts at the UN to provide humanitarian aid. And it's therefore not about making new military alliances or challenging NATO, but about building a world of lasting peace and universal security.

Now, regarding the challenges that originated in the Ukraine war or that are being aggravated by the conflict, the BRICS could play a greater geopolitical role by offering solutions to issues like food security, as we discussed before, also the disruption of global value chains, inflation and economic volatility. For example, the proposal for the creation of a BRICS payment system that has been discussed for several years now and payments in national currencies is now being revisited and could potentially reduce exposure of these five countries' exchange rate volatility and foster inter-BRICS exchange. And in my opinion, this would be five times win-win.

CGTN: How do you see the different interests among these five countries affect their future geopolitical role?

Vazquez: The different geopolitical interests between the BRICS countries affect the trust they have one for another. And while it affects the trust, they have one for another, it also affects their capacity to build consensus as a group. And as a result of this is that pooling power in these multilateral arrangements is becoming so costly that the five countries in certain occasions may prefer to engage one with another directly in bilateral arrangements.

And I call this the "bilateralization" of the inter-BRICS relations. It's beneficial in a way as it gives more flexibility to each country to pursue their geopolitical interests whenever they coincide one with another. And a clear example is how India is participating in both BRICS and the Quad. While it gives flexibility, it also makes more challenging for these countries to agree on a common identity and common goals. An evidence of this was during the pandemic when Russia was the first country to register a COVID-19 vaccine. China announced its intention to make its vaccine a global public good. India has a global pharma powerhouse as we know. So, the political will and the capacity within the BRICS were there. But the group did not offer a robust response. It was actually limited to revisiting old proposals like the establishment of the BRICS vaccine research and development center that are certainly much welcome, but sadly it took five years for the five countries to launch the initiative in a virtual format.