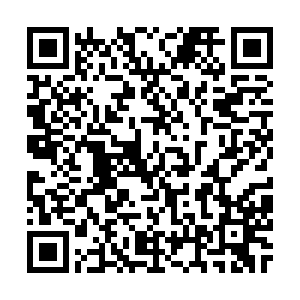 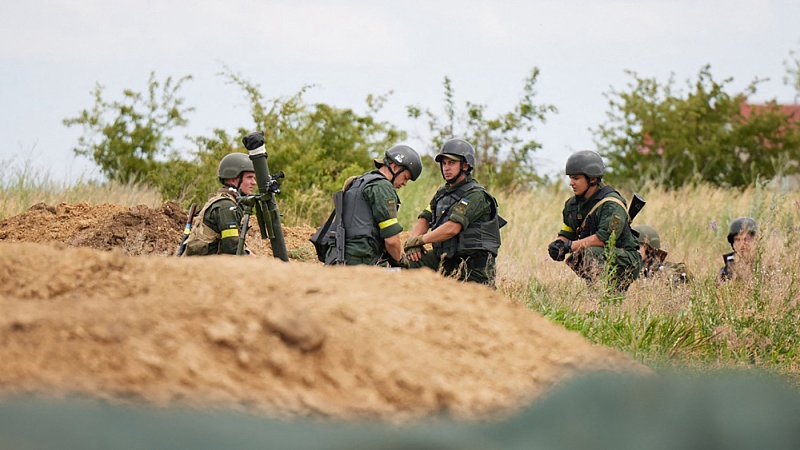 Servicemen of Ukrainian National Guard during a visit by Ukrainian President in the Odessa region, Ukraine, 18 June, 2022. /CFP

Servicemen of Ukrainian National Guard during a visit by Ukrainian President in the Odessa region, Ukraine, 18 June, 2022. /CFP

Any protracted conflict leaves a country, its citizens and the region in utter destruction and uncertainty. The immediate effects of a prolonged conflict induces long-term suffering on the masses from recurrent attacks, displacement and deprivation, snowballing into a decline in the chances of survival and basic life facilities. Witnessing the present scenario in Ukraine, it seems like the conflict will be prolonged, mainly due to the inadequate and not-so-serious attitude of the global powers towards resolving it.

In any war, the main victims are the civilians because they face deprivation and displacement and suffer from both physical and psychological wounds. Since the start of this war, the humanitarian situation across Ukraine has continued to get worse as many civilians have died and a lot more have been displaced.

As per the United Nations Children's Fund (UNICEF), the recent conflict in Ukraine poses an immediate and growing threat to the lives and well-being of the country's 7.5 million children. There is a huge humanitarian and refuge crisis as thousands of people, mostly women and children, are on the move to safe locations. Another UNICEF report shows that children living in protracted conflicts are three times more likely to die from water-related diseases than from violence due to scarcity of clean drinking water.

We have also witnessed how this recent conflict has impacted both agricultural and economic domains by creating a global food crisis, as both Russia and Ukraine are one of the biggest exporters of wheat in the world.

Protracted conflicts give rise to more complexities and compound threat matrices, which eventually make life miserable for common people. Besides the huge security risk and spillover effects, disturbances in the regional and global equilibrium will cause suffering to both Ukraine and Russia in the longer runs. 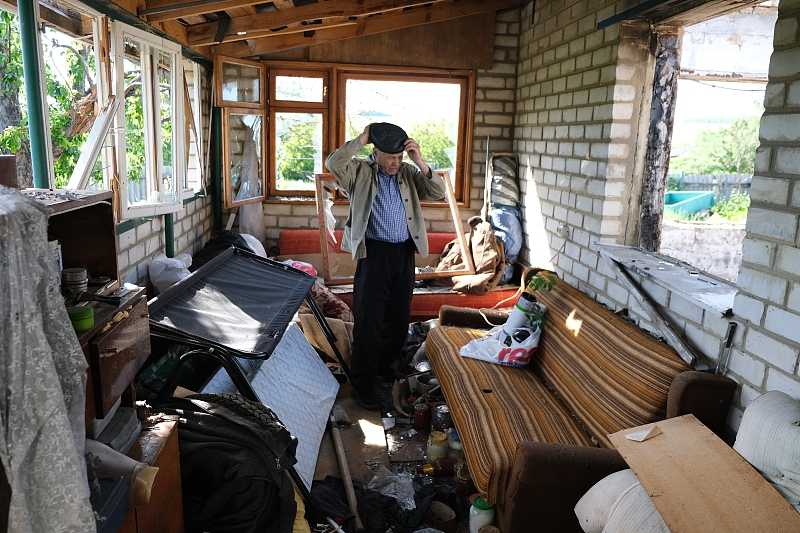 Near the Russian border, local villager Alexander Aleksandrovich is seen in a destroyed house in Kharkiv, Ukraine, June 17, 2022. /CFP

Near the Russian border, local villager Alexander Aleksandrovich is seen in a destroyed house in Kharkiv, Ukraine, June 17, 2022. /CFP

Since the Russia-Ukraine conflict will keep the region unstable, this will sequentially affect global peace and stability, which will in turn keep the arms industry alive. The global arms industry is fueled by wars and conflicts, thus peace anywhere will not benefit the multi-billion dollar industry.

The annual analysis of the global arms trade was issued by the Stockholm International Peace Research Institute (SIPRI) in March, 2022. It says that exports by both U.S. and France increased considerably and as per figures, the U.S. was the number one weapons exporter by a large margin.

For the five years from 2017 to 2021, U.S. arms exports accounted for 39 percent of the global total and were 14 percent higher than the period of 2012 to 2016. These figures give an idea why some global powers would like to have wars and conflicts, as their economy is more or less dependent on arms sales.

Interestingly, arms imports to multiple states in Europe (+19 percent) significantly increased. The largest arms importers in Europe were the United Kingdom, Norway and the Netherlands. Many other European countries are going to increase their arms imports in the coming decade, as many large orders for major arms, in particular combat aircraft from the U.S., have been placed recently.

According to Pieter D. Wezeman, senior researcher with the SIPRI Arms Transfers Programme, "the severe deterioration in relations between most European states and Russia was an important driver of growth in European arms imports, especially for states that cannot meet all their requirements through their national arms industries."

Is there a way forward?

The only thing the world needs right now is the will and sincerity to address and resolve the Russia-Ukraine conflict, which has taken a dreadful shape just because some of the world powers and their media houses were more interested in "teaching lessons" and "building false narratives" rather than addressing the core issues.

Dai Bing, China's deputy permanent representative to the United Nations, said at a UN Security Council briefing on Ukraine that "antagonism among countries will not be favorable to the settlement of the Russia-Ukraine crisis...We advise certain countries not to continue adding fuel to the fire to serve their own geopolitical self-interest, not to mention force other countries to take sides, thereby intensifying division and antagonism within the international community."

The international community and the UN must focus on de-escalating the conflict without any further delay. Rather than arming Ukraine with more arms, sending more troops to Europe, sanctioning Russia and finding ways to "make Russia pay," the U.S. and allies must come forward with pragmatic resolution of the conflict, which should address the genuine concerns of both the conflicting parties. Moreover, Russia's legitimate security concerns and grievances must be heard and addressed by the U.S, the European Union and the North Atlantic Treaty Organization.

There is a dire need for dialogue and consultation rather than confrontation and coercion. The UN must uphold its principles and responsibilities and become an active facilitator for peace talks, negotiation and mediation. Anything that works to halt the conflict and assist the dialogue should be done on an emergency basis. Nothing is and should be more important than ending this conflict and saving innocent lives.