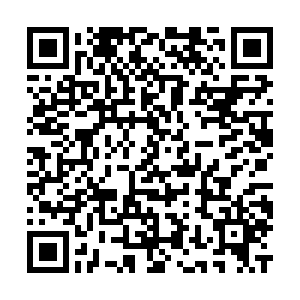 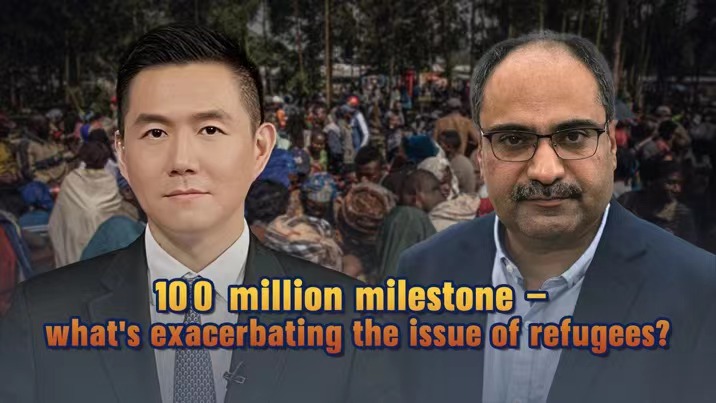 Editor's note: Within a decade, the number of refugees has doubled and crossed the 100-million mark. Decades-long and phases of conflict has forced millions out of home, in Afghanistan alone. "One could see being on the ground how desperate that situation is", said Barbar Baloch, Senior Regional Spokesman of UNHCR. With every corner of the world being affected by wars and conflicts, what could be the way out for all those struggling displaced?

Wang Guan: I want to talk about the 100 million people mark. It is a very sad milestone, like many other milestones. For every one of them, there is a story of loss and suffering and broken families. Would you say that the situation has generally deteriorated or improved in the 21st century?

Babar Baloch: Indeed, as you mentioned, 100 million people being displaced in today's modern world is a struggling and a huge number. Sadly, what we have seen last ten, fifteen years that globally, the number of people who are forced out of their homes and countries has been on the rise. There's no region in the world which has not been affected by war and conflict. So you see from the Americas, now in Europe with the Ukraine crisis, in Africa, in Asia, in Middle East – every corner of the world has been affected. This number of 100 million was half just a decade ago. And now it has doubled, and it has crossed the 100 million mark. Half of these people who have been forced out of their homes and towns and villages are inside their own country; and nearly 30 million more have been a forced to leave their countries to seek refuge in the region and beyond their neighboring countries as well. The issue that we want to highlight while we are telling people about the sad milestone of 100 million people being displaced is if the world does not get its act together, it does not try to resolve conflicts and also stop the new ones coming up. We are going to see more and more people being affected, sadly.

Wang Guan: As the regional director, is there any other regional hot spots, Mr. Baloch, that you want to highlight to our audience? Because our shows are broadcast, not only in Asia Pacific, but also around the world.

Babar Baloch: Indeed, I mean, if we stay in Asia, the other situation that we UNHCR has been involved for four decades is Afghanistan. Afghanistan has been going through phases of conflict for the last 40 years and UNHCR has stayed with Afghan people inside the country, but also in the neighboring countries in providing support to Afghans who have been affected by this prolonged conflict. So currently, we have some 3.5 million Afghans who are displaced inside their country. More than 2 million of Afghans are in the neighboring countries. And since the event of August last year, the humanitarian situation has become very, very challenging. And Afghans today, they deserved the world's attention. And I was in Afghanistan for a month and a half after the Taliban took over control in Kabul and in the country. And I was able to go visit UNHCR projects in different parts of the country. And one could see being on the ground how desperate that situation is. So also, the appeal to the world when they look to other crises, which are very prominent globally, that our appeal is, not to forget situations like the Rohingya or people in Afghanistan or in Afghanistan's neighboring countries.