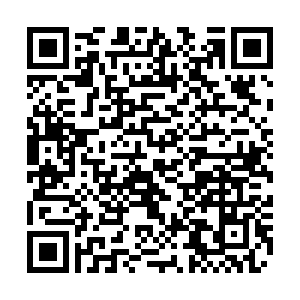 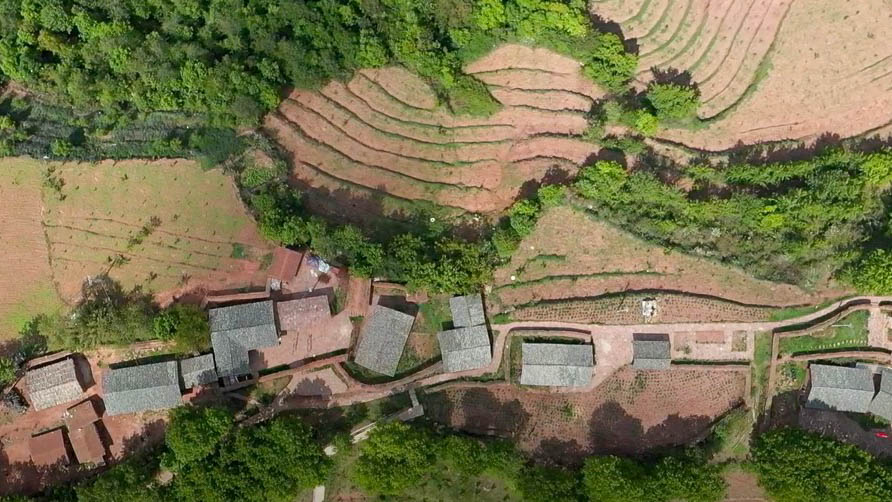 China's fight against poverty has been a long, uphill battle. Nearly 99 million rural residents have been lifted out of extreme poverty since 2013. How did China accomplish this feat? I had to find out.

My team and I left Beijing in May to Liangshan Yi Autonomous Prefecture, one of China's most impoverished regions, in southwest China's Sichuan Province. 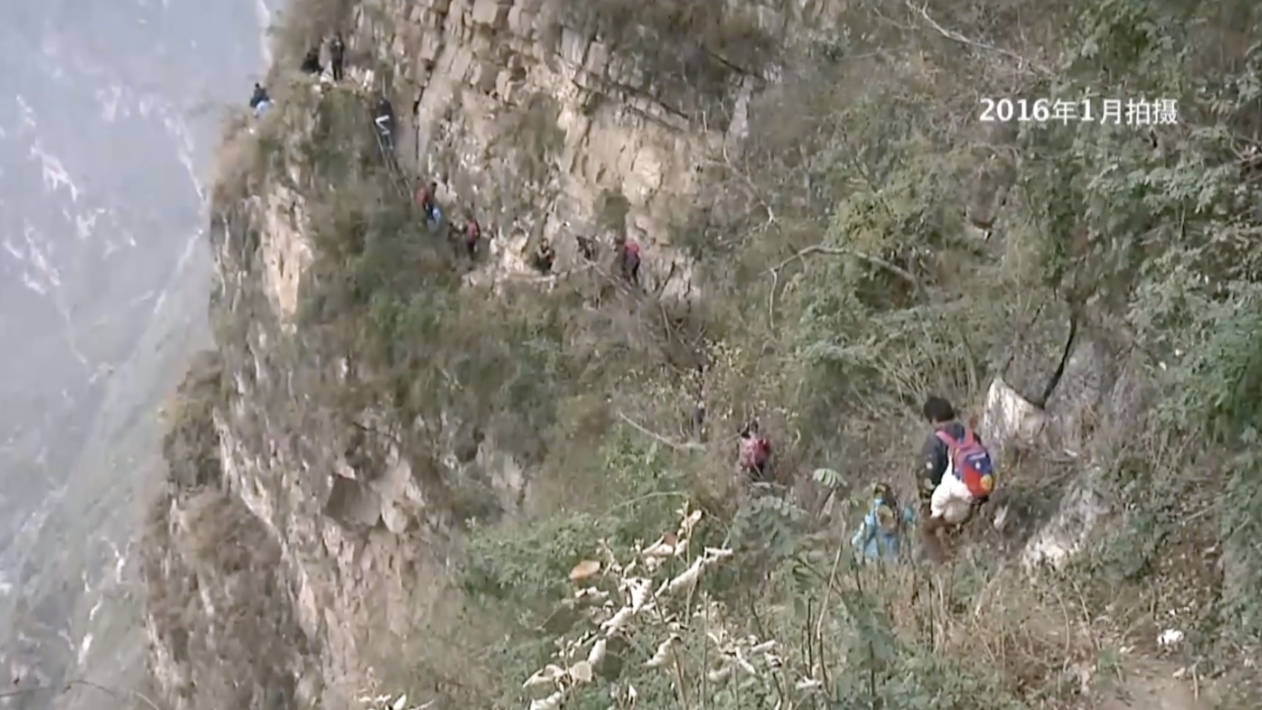 I went to one community called Atulie'er, also known as the Cliff Village. People here chose to live up the mountain centuries ago to avoid wars at the time. But the big mountain became a barrier to the outside world.

The only way up and down the mountain was handmade, rattan ladders. It wasn't safe, but none of them had a choice. 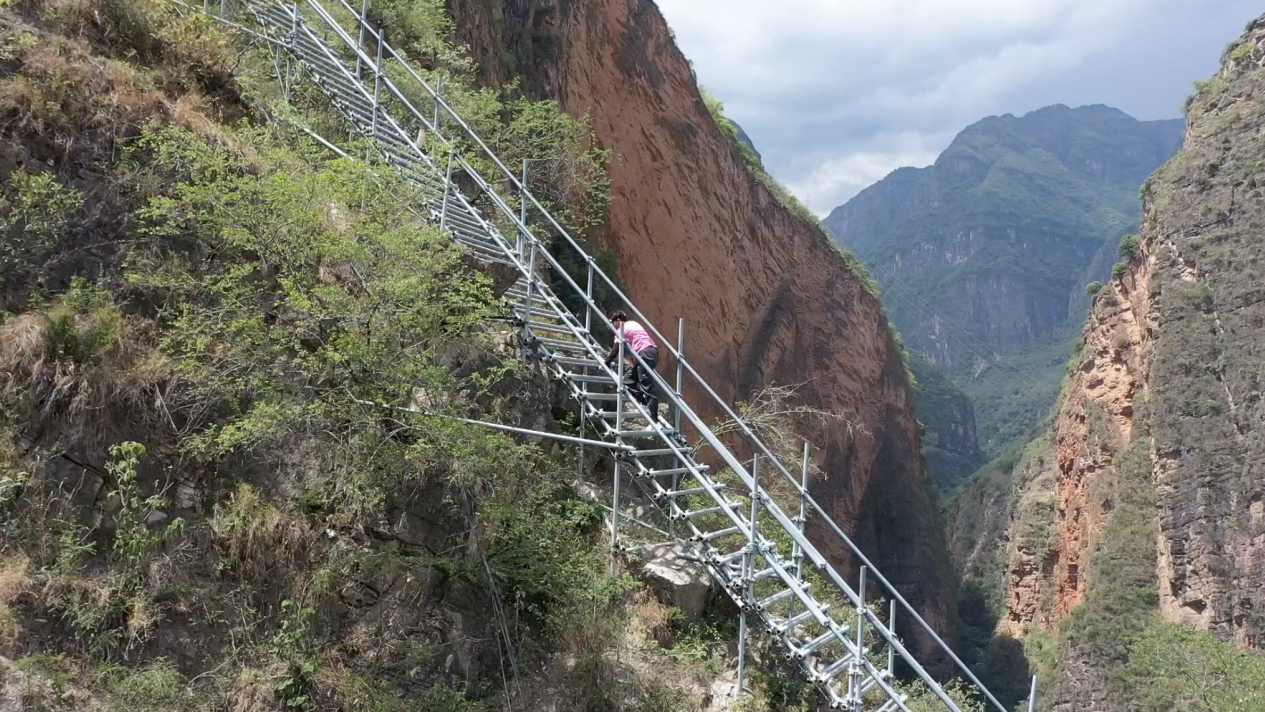 I'm climbing the 2,556-step Sky Ladder. It was harder than I thought. /CGTN

I'm climbing the 2,556-step Sky Ladder. It was harder than I thought. /CGTN

Chinese President Xi Jinping was concerned about their safety when he saw the villagers, including children, climb up and down the mountain in the news.

In 2017, the government decided to replace the rattan ladders with steel stairs. The project costs one million yuan ($150,000). 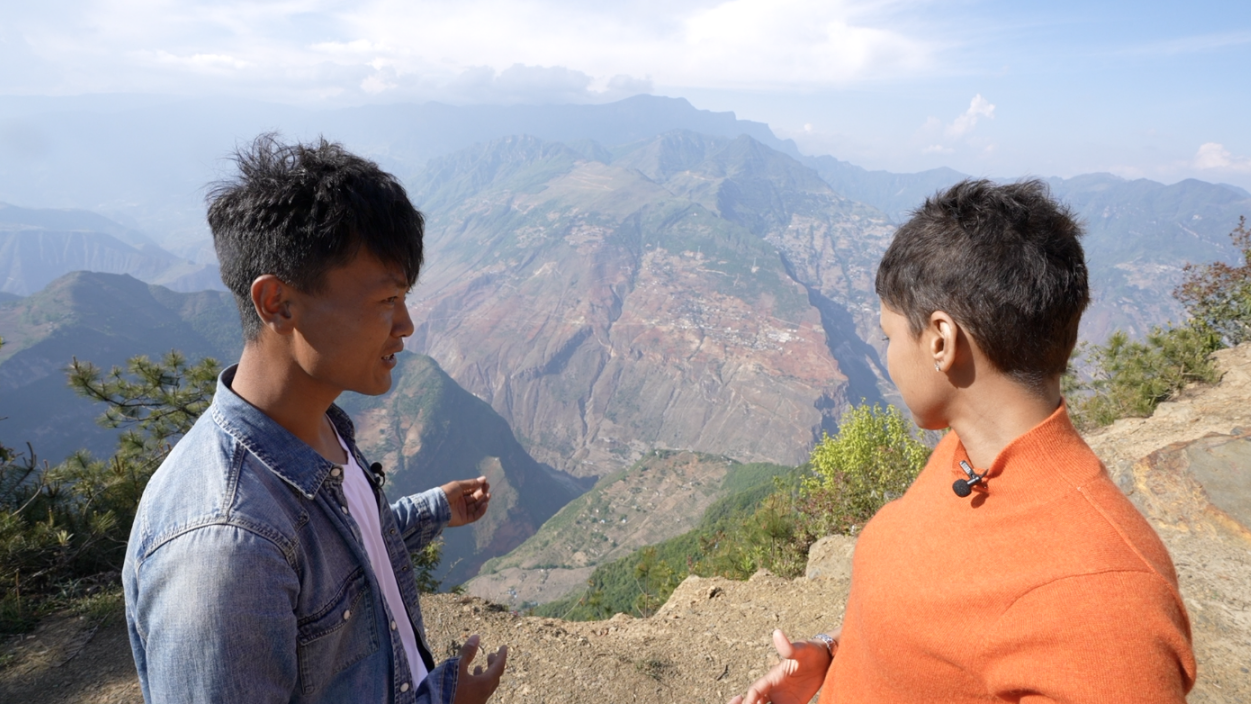 Mose Labo, left, shows me his old house in the Cliff Village. /CGTN

Mose Labo, left, shows me his old house in the Cliff Village. /CGTN

I spoke to a young man – Mose Labo – who used to live in the Cliff Village. He said the steel stairs were like a highway to the outside world for the villagers.

The government also gave villagers the option of relocating. Labo, for instance, paid a 10,000 yuan deposit for a new apartment – that is his forever.

His kids, like many others in the new community, walk to school today. All it takes is five minutes. Seniors, too, can easily get access to medical care. 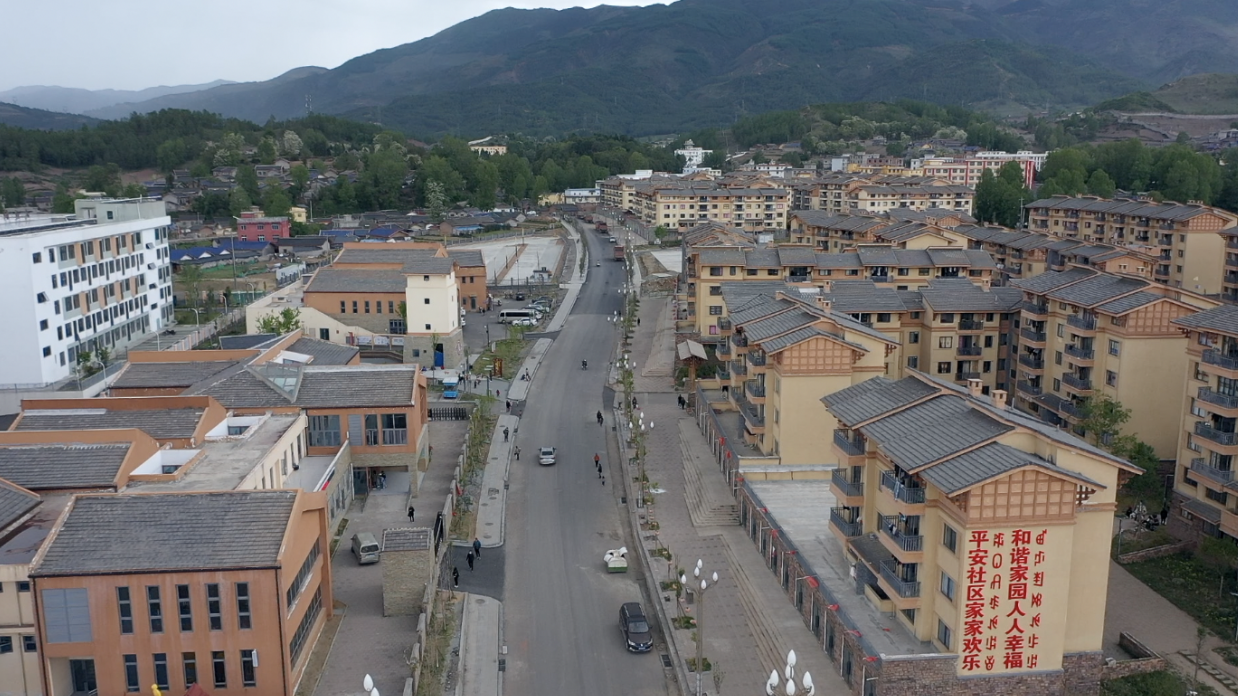 Labo is just one of many whose life has completely changed as part of the poverty alleviation efforts.

I decided to visit another community – Sanhe Village. President Xi Jinping visited this settlement area in 2018. It was here that he famously quoted, "not a single ethnic group, family or person should be left behind in pursuing a better life."

I spoke to Mama Jimuziluo, a 72-year-old villager. She met the president during his trip. She said President Xi is a great leader who cares for poor people. 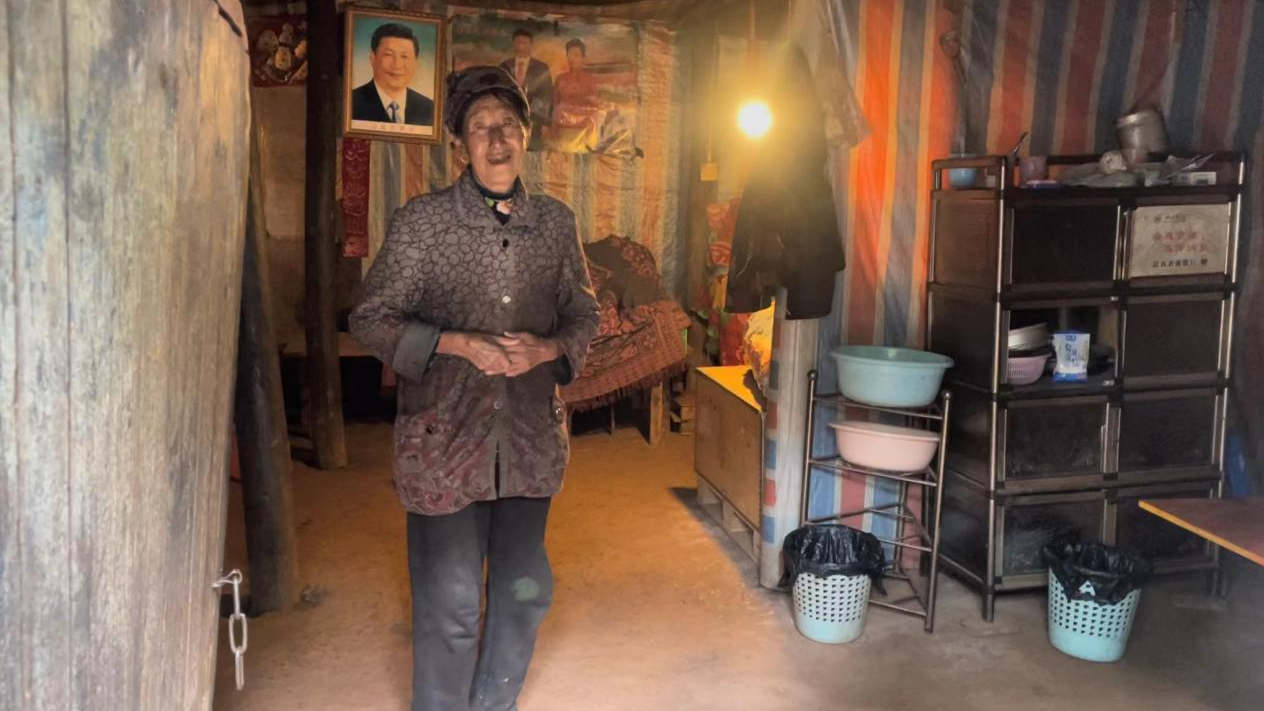 Mama Jimuziluo in her old house at Sanhe Village. /CGTN

Mama Jimuziluo in her old house at Sanhe Village. /CGTN

The 72-year-old has a new home in Sanhe, as part of the relocation efforts. She told me that the government takes good care of her and she's very happy. But she keeps coming back to her old house to keep it clean. Mama said she hopes that President Xi will visit her again.

The old village is a reminder of the hard old days. But it's also the start of a new life. Many residents have moved out.

I wanted to find out more about the relocation efforts. Li Kai, first residency secretary in Sanhe Village, told me that people used to live in mountainous areas back in the day. They were secluded from the outside world. There was no tap water, traffic or schools. 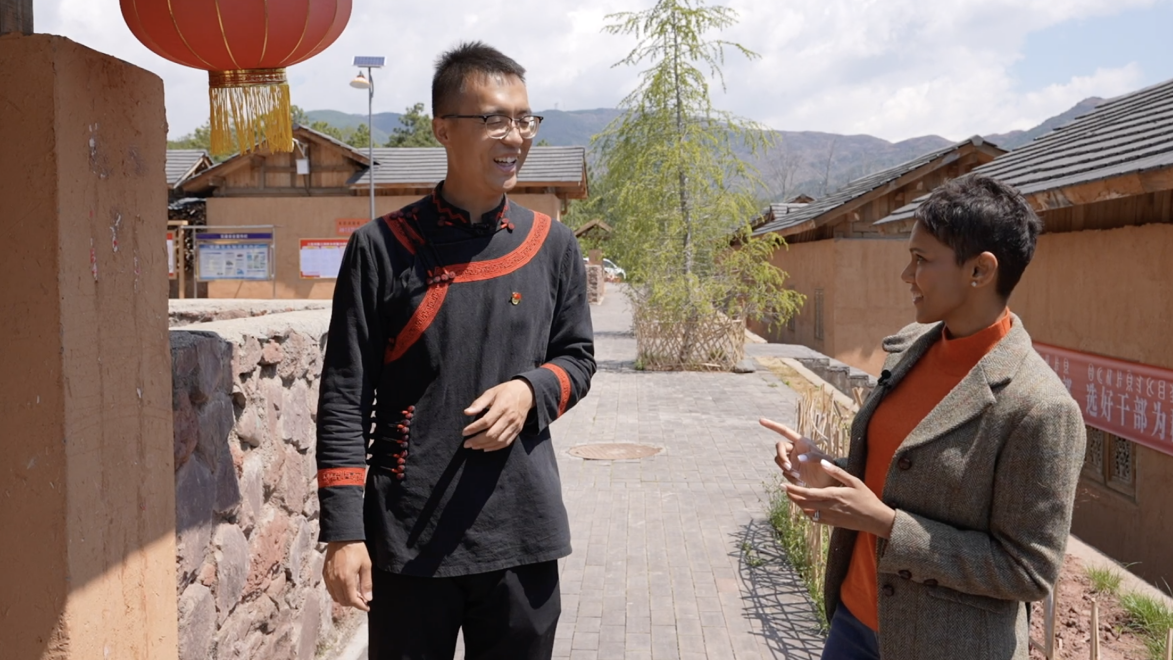 He said most of the young people today have left for other places to find jobs. A stable income now prevents them from going back to poverty.

During his visit to Sanhe Village, President Xi emphasized the need to boost local industries. Since then, the village has been actively promoting tourism and local produce. Other efforts have been made in raising livestock and farming to improve residents' incomes.

Seeing how people live and watching how they work were part of a truly eye-opening journey for me. I've been told the character Yi symbolizes a rooftop, food and clothes. And I think I've seen it all in Liangshan Yi Autonomous Prefecture. Indeed, no one is left behind.