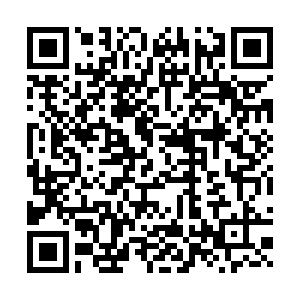 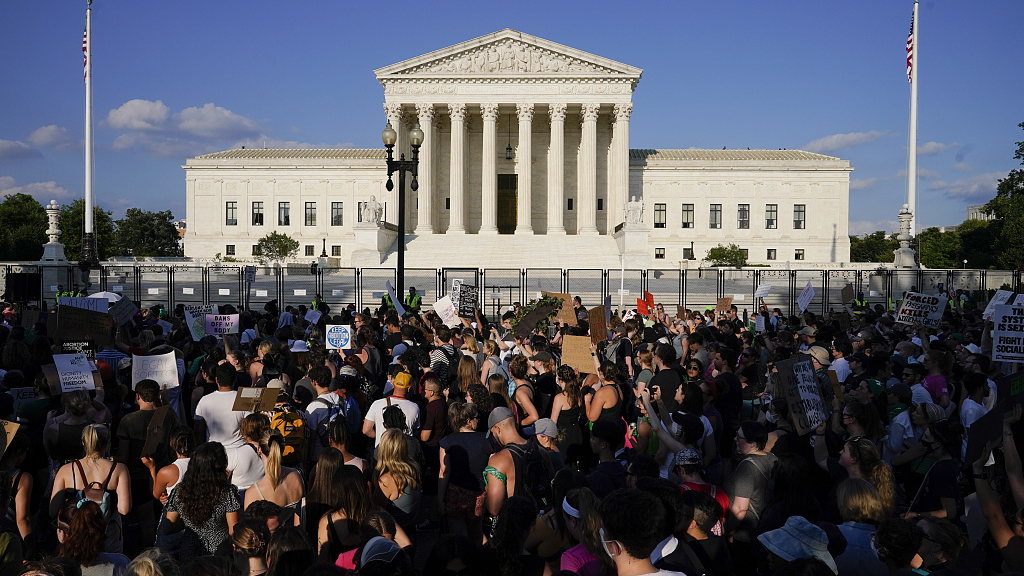 Protesters fill the street in front of the Supreme Court after the court's decision to overturn Roe vs Wade in Washington, D.C., U.S., June 24, 2022. /CFP

Protesters fill the street in front of the Supreme Court after the court's decision to overturn Roe vs Wade in Washington, D.C., U.S., June 24, 2022. /CFP

Leaders of governments and international organizations spoke out and protests were held across the United States after Friday's landmark decision by the U.S. Supreme Court to invalidate the constitutional right to an abortion in the country.

The Supreme Court overturned Roe vs Wade, a landmark decision that established the right to abortion in the nation nearly 50 years ago.

'Moving away from' progressive trend

Leaders from multiple countries including France and Canada vented their opinions.

"The news coming out of the United States is horrific. My heart goes out to the millions of American women who are now set to lose their legal right to an abortion," Canadian Prime Minister Justin Trudeau tweeted.

Also on Twitter, French President Emmanuel Macron said, "Abortion is a fundamental right for all women. It must be protected. I express my solidarity with the women whose freedoms are today challenged by the Supreme Court of the United States of America."

UN High Commissioner for Human Rights Michelle Bachelet on Friday also denounced the Supreme Court's decision, saying that it is a huge blow to women's human rights and gender equality.

"Access to safe, legal and effective abortion is firmly rooted in international human right law and is at the core of women and girls' autonomy and ability to make their own choices about their bodies and lives, free of discrimination, violence and coercion," Bachelet said in a media statement.

According to the UN, more than 50 countries with previously restrictive laws have liberalized their abortion legislation over the past 25 years.

"With today's ruling, the U.S. is regrettably moving away from this progressive trend," the UN rights chief said. 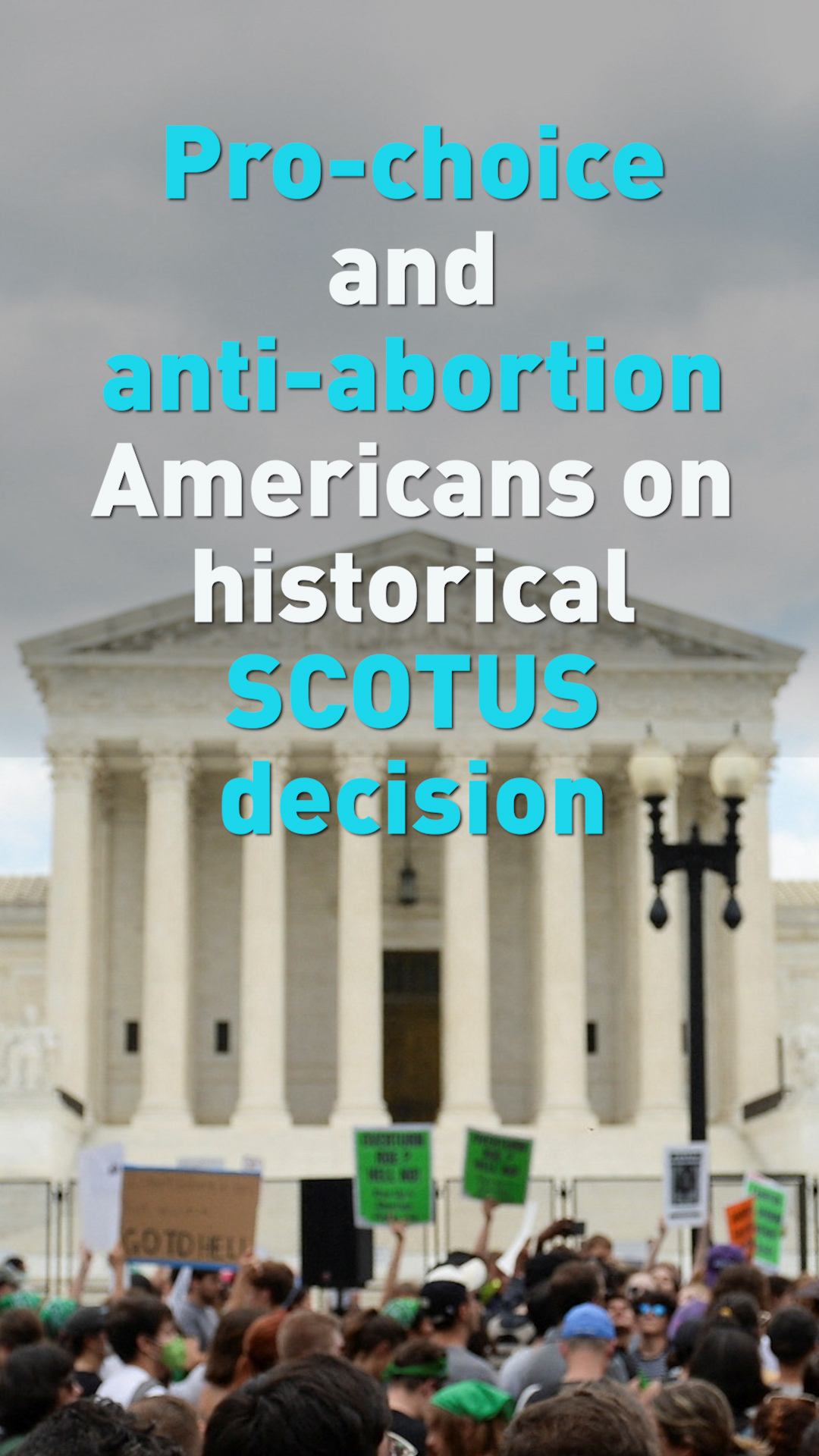 Friday's ruling came after the Supreme Court had considered an appeal case involving a Mississippi law banning all abortions over 15 weeks gestational age except in certain circumstances.

With the ruling, more than two dozen states in the United States – primarily in the south and midwest – are expected to tighten abortion access.

Protests against the ruling broke out almost immediately in Washington and elsewhere, with dozens of demonstrations under way or planned across the country Friday evening, news reports said.

Hundreds of people – some weeping for joy and others with grief – gathered outside the fenced-off Supreme Court as the ruling came down.

"It's hard to imagine living in a country that does not respect women as human beings and their right to control their bodies," said Jennifer Lockwood-Shabat, 49, a mother of two daughters who was choking back tears.

"You have failed us," read a sign held up by one protester. "Shame," said another.

But Gwen Charles, a 21-year-old opponent of abortion, was jubilant. "This is the day that we have been waiting for," Charles told AFP. "We get to usher in a new culture of life in the United States."

"This is a monumental day for the sanctity of life," Missouri attorney general Eric Schmitt said.

What happens next after Roe v. Wade is overturned?