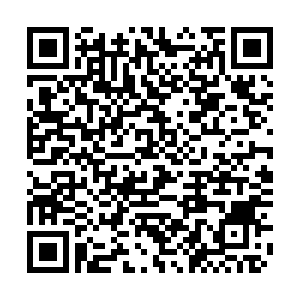 Reuters said the Russian missiles hit an apartment block and a kindergarten with up to four explosions heard in central Kyiv, the first such attack on the city in weeks. Two more blasts were heard on the southern outskirts of the city later in the day, the news agency said.

"There are people trapped under the rubble. Some residents have been evacuated, with two victims hospitalized. Rescuers are continuing their work," Klitschko said on Telegram. 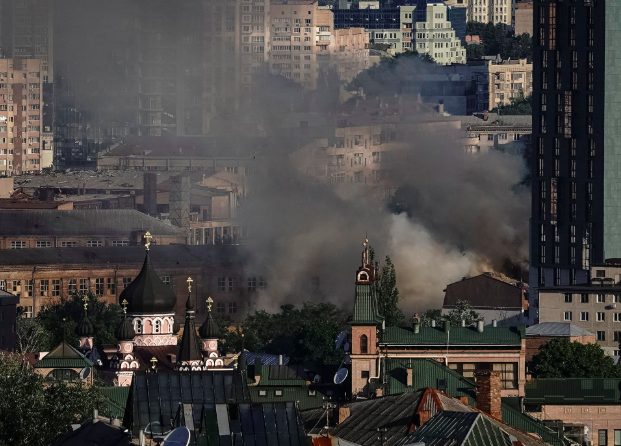 Smoke rises after a missile strike launched by the Russian troops in Kyiv, Ukraine, on June 26, 2022. /Reuters

Smoke rises after a missile strike launched by the Russian troops in Kyiv, Ukraine, on June 26, 2022. /Reuters

There had been no major strikes on Kyiv since early June with life gradually returning to normal.

A Ukrainian air force spokesperson said the strike was carried out with between four to six long-range missiles fired from Russian bombers more than 1,000 kilometers away in the southern Russian region of Astrakhan.

He said some of the incoming missiles were shot down.

Two Russian missiles also struck the central city of Cherkasy, which until now had been largely untouched by bombardment, according to regional authorities, who said one person was killed and five others wounded.

Ukraine's Foreign Minister Dmytro Kuleba urged the Group of Seven (G7) countries to respond to the latest missile strikes by imposing further sanctions on Russia and providing more heavy weapons to Ukraine, as Sunday set the first day of the G7 Leaders' Summit.

On Saturday, Russia also launched dozens of missiles on several areas across the country far from the heart of the eastern regions.

Russian Defense Ministry spokesman Igor Konashenkov said late Saturday that Russian and Moscow-backed forces now control Sievierodonetsk and the villages surrounding it. He said the attempt by Ukrainian forces to turn the Azot plant into a "stubborn center of resistance" had been thwarted.

A Sievierodonetsk official confirmed on Saturday that the city is now "completely under Russian occupation," yet the country's forces are continuing to defend the neighboring city of Lysychansk.

The two cities have been the focal point for the Russians to capture all of the Donbas region and the Ukrainian military forces defending it are the most capable and battle-hardened segment of the country's armed forces.

On Sunday, the head of the neighboring Donetsk region's military administration, Pavlo Kyrylenko, said Russian forces were gathering for fresh assaults in the region.

"We are now witnessing the accumulation of manpower, heavy armored vehicles and artillery in the direction of Sloviansk," Kyrylenko said on Ukrainian television.